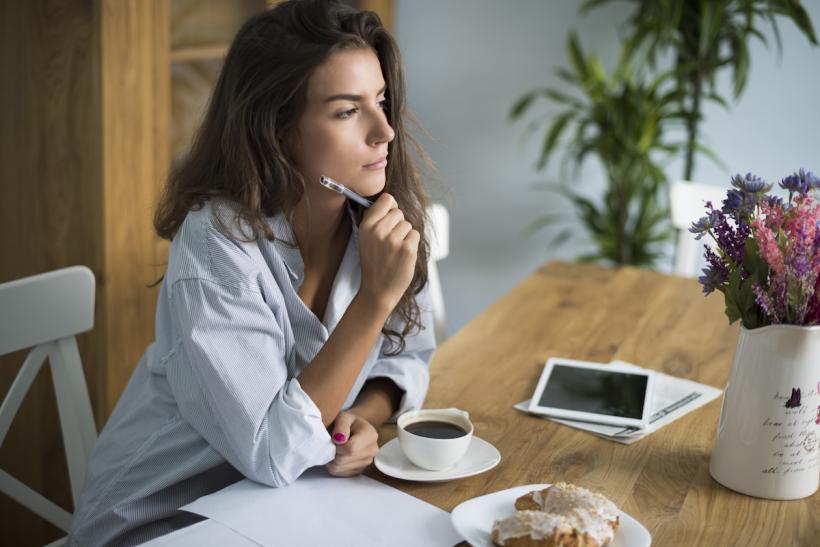 It took me over 10 years to make these stories, MY stories, public. Image: Thinkstock.

Even today, years since I got out of my dangerous childhood home, I yearn for a freedom I may never truly have.

I am a writer. I write fiction often and have been dabbling in writing non-fiction. The real stuff. My real stuff.

And since I started publishing my story in essays, I’ve been frequently asked, “How can you just put that out there?” and “Are you worried about what your family will say?”

The oft-quoted mantra You’re never the only one on the Internet seems common and understood now. However, growing up in the pre-Internet age, it felt as if I was the only one living with an abusive, alcoholic father. The only one whose mother chose to remain curled into herself instead of protecting her child. The only one who flicked a bathroom light on and waited for the cockroaches to scatter before entering the room.

In those days, no one could hide behind an avatar or a screen.

If they were going to share their personal trauma, it was most likely going to be in person (or perhaps in a book or print magazine). Sharing like that can be scary and too real, so many people just didn’t do it.

Maybe the unknown was scarier than the known, but I mostly think my silence was due to shame.

My mother was and continues to be an incredibly generous person with a good heart. But under the thumb of my abusive father, she was relegated to futility, and essentially acted as an enabler. Drunk on many glasses of vodka, my father’s oh-Freddy-and-his-temper turned evil.

Vile abuse filled my days. I was neglected. I was barely washed, living with lice for what felt like years on end. Trips to the dentist were erratic. I recall going once as a child, and then had to insist I go when I was 17, having only then learned it was expected of parents to take care of their kids’ dental health. We lived in filth: cockroaches, dirty dishes, dirty mouths.

We also lived in silence.

My father’s weapon collection was used as a threat. Guns — often loaded — were pointed: sometimes at my head, sometimes at his own. More than once, I begged him to pull the trigger. On one occasion, a butcher knife was launched at me, just missing my toes.

The police and Child Protective Services were frequent visitors, though none of us ever admitted to anything. Maybe the unknown was scarier than the known, but I mostly think my silence was due to shame. I lived in shame and took the responsibility on my own shoulders.

So the answer is yes, I do worry. But, here’s the thing: I have benefited greatly from reading stories from others, the daring narratives of those who have histories similar to my own.

We feel more human when we hear that other humans relate to an experience we maybe thought was our very own private hell.

Are you by yourself in a bathroom, crying with a blade? My words are trying to find you. Your words have found me.

When I read Katrina Kittle’s novel, The Kindness of Strangers, I had this wild need to reach out to the author to tell her what an impact it had on me. Distilled down to its essence, the book is about a child who is a victim of sexual abuse. The child finds a “second home” that becomes his safe place. He survives. He thrives.

I understand that yearning to find a safe place outside of one’s home. And I understand that once you've survived abuse, something becomes lodged in you. It is and always will be part of who you are, when your abuser decides they want to write your story.

When I read essays and memoirs by those who have been abused, neglected, and/or bullied, I think, YES. Thank you, writer. I know what that feels like. And I feel less lonely. Less guilty. Less ashamed. Even today, years since I got out of my dangerous childhood home, I yearn for a freedom I may never truly have.

Apart from some high-school literary-wannabe ramblings, I started writing in my twenties. I found it to be a great way for me to get the parent-imposed rot out of me and onto paper. It helped, even if the words remained in ill-conceived journalistic-poem form on my hard drive.

But those words soon turned into fictitious versions of my abuse story.

It wasn’t until recently that I dared to use the word “I.”

And it wasn’t until even more recently that I decided to share my story. I couldn’t even discuss them until my abusive father died. It took me over 10 years to make these stories, my stories, public.

Once these essays were published, I heard from schoolteachers of mine who apologized that they didn’t do anything at the time or didn’t know. I heard from friends who said, “OH MY GOD, I had the same thing happen to me.” I heard from complete strangers who also said they related to my story, which might be the most incredible and meaningful of all — because I was also a reader who found a particular kind of therapy in delving into the stories of other abuse survivors.

People ask what my family would think.

Well, here's what I would say to my family, if they demanded an explanation: You made this dreadful story mine. You started writing it, but now I’m going to finish it — because it is mine.

I'm reclaiming the rights to it. I can tell the story. Do what I please with it. I own it. All of its decrepitude, debauchery, and encumbering, sad delirium. All of its hope, love, and choices. I choose to take it and push it out of me.

Can you understand? Are you by yourself in a bathroom crying with a blade? Are you hiding in the girls’ bathroom at school? Are you wasted at the bar at 3:00? My words are trying to find you. Your words have found me.

Secrets can make your insides rot. It is truly up to you if you want to share any part of your story. But it’s your story that was given to you. You own it. You can choose how to let it affect you.

Tell your story — even if it’s just to yourself.

It’s like a choose-your-own-adventure from here on in. You decide where to go.

If you like this article, please share it! Your clicks keep us alive!
Tags
writing
personal
family
abuse
sharing
internet
disclosure
neglect
Children