When Firsts Are Lasts: Coping With Secondary Infertility 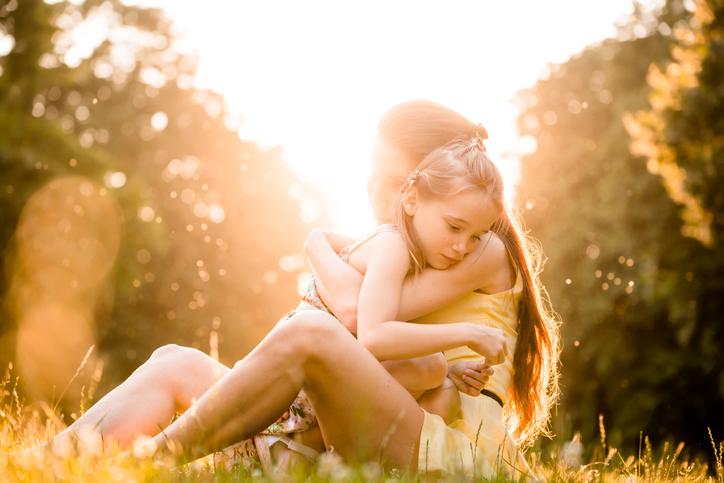 I wish this wasn’t my story, but it is.

Nine weeks into my second pregnancy in 2014, I lost the person that was either my first son or my second daughter. I grappled endlessly with this loss while being inundated with well-meaning words from people who didn’t necessarily quite understand.

When a child is lost, the troops around us gather up all their best words of support —miscarriage is common, we’re told; there’s nothing we could’ve done to prevent it, we’re taught; another baby will grace our arms soon enough, we’re reassured. None of these things have quite the effect they’re meant to, but I did with them what I could, and I nestled softly upon the reassurance that I’d get another chance. That while no person on this earth could replace my lost love, I’d still have an opportunity to make and meet my third child soon enough.

And so for what ended up feeling like an eternity, my husband and I worked begrudgingly, hopelessly, and resentfully at making a third baby, in hopes of expanding our tiny family by one more.

Time went on; pregnancy tests were peed on, and periods rolled in like clockwork. And just as I was working desperately to hold on to all remaining shreds of hope to grow our family and heal my broken heart, I was slammed in the chest with news I never thought I’d hear: our family would never grow beyond its current size.

I try to practice gratitude, and focus on the miracle of my daughter's very existence. I drive myself to guilt when I think of the downright gluttonous wishes I have as a mother of one, who is so desperately wishing for seconds.

Unbeknownst to me, my ovaries had thrown in the towel and walked out the door. So not only had I lost my baby, but never again would I get a chance to have another. Secondary infertility is the bitch that moved into my body and took over like it owned the place. There just aren’t adequate words in the English language to communicate the grief that accompanies loss, followed by a stolen future.

One of the worst things about it all was the wistful daydreaming I’d been doing. I looked back on the innocence of first-time parenthood and couldn’t wait to meet my second go-round with the confidence and drive that comes with experience. There was so much I was going to do this time: I was going to hire a doula and a birth photographer. I’d do a water birth again, but this time I’d exercise more control over my pushes.  I’d donate my excess breastmilk supply. I’d toss my nursing cover out the window and shout, “YOU’RE WELCOME!” at any gawkers who’d be so lucky as to catch a glimpse of my exposed boobs when I breastfed in public.

But what nobody could warn me was that all those firsts I’d experienced were simultaneously also lasts. There would be no do-over – there would only be a slow purging of our possessions, and a reluctant letting go.

I try to practice gratitude, and focus on the miracle of my daughter’s very existence; I drive myself to guilt when I think of the downright gluttonous wishes I have as a mother of one, who’s so desperately wishing for seconds, knowing full-well how many people out there wish only for what I have. But then I get stuck thinking about my girl growing up alone; I take deep, controlled breaths as I feel grief sneaking up behind me and pulling me underground.

Then I think about how her personality is being shaped by the life she’s living; about how she’s turning into the person she is in part because of her upbringing – because of her surroundings, and because of her aloneness. These thoughts swirl around in my mind, grief slams into my chest, and it knocks the wind out of me. Controlled breathing becomes a thing of the past.

I know motherhood is hard. Especially new motherhood — those early days are a fog of tears, confusion, and helplessness. But I also know that yearning for something you can’t have, particularly with regard to children, is a feeling far worse. I’ve lived through the pain of childbirth, of a 3rd-degree tear, two related surgeries and a year of recovery, of postpartum depression, of miscarriage and of infertility and my god; I’d do it all over again in a heartbeat if it meant a chance to… Well, to do it all over again.

Had I known what motherhood would do to me, and how that daughter of mine would change my life, build me up and transform me into this powerfully whole-feeling being, I would have made a thousand more babies before her, and another hundred after. If only I could. But the choice is not mine.

The swirls of grief are wont to become blinding, though great tidal waves of joy overcome me always. Navigating that deep sadness through parenthood is a tricky task indeed; my future is not as I saw it — I am not in control — and it is not well with my soul.

But in spite of all the feelings of loss, I stand, kneel, or crawl as I am able, with the blessed knowledge that for me, to be mother at all is to feel heartache and joy at depths I had never known before. And for that I give thanks.

If you like this article, please share it! Your clicks keep us alive!
Tags
secondary infertility
mother of one
only children
parenting