Raising Our Family On One Income: Chaotic But Worth It 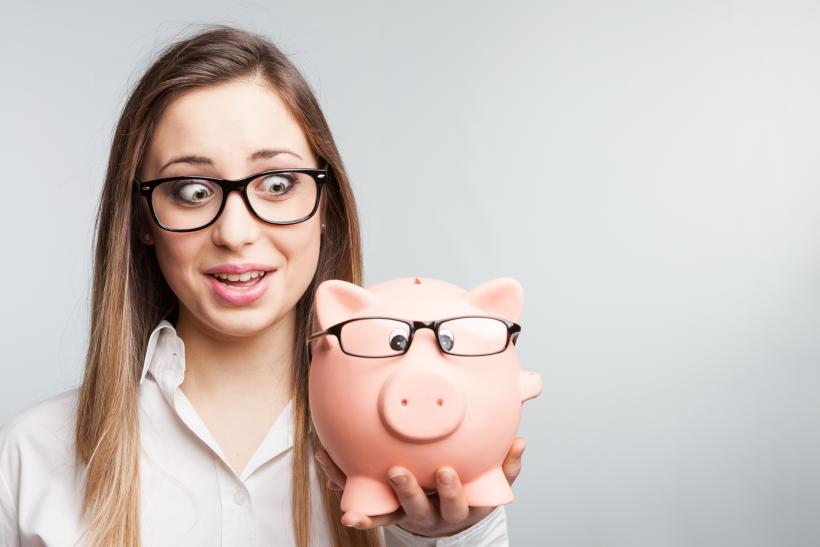 I have been unemployed for five years. Five long years with no paycheck. Can you imagine? I used to have a decent job, was compensated for work, earned a fair(ish) wage, got to feel pride in a job well done.

Now, though? Nope. No paycheck, and I get to work around the clock for zero dollars. It’s totally by choice too, so I don’t want y’all to get the wrong idea. I chose to leave my job, chose to forgo monetary compensation, chose to lose my benefits, so I could stay home and raise my kids.

I loved my job as an emergency and critical care veterinary technician. The work I did was important, it made a difference. I saved lives, eased suffering, comforted grieving families. But I’m glad I quit. I understand how lucky am to be home, and what a privilege it is to be home by choice. Not everyone can, and I don’t take it lightly. I’m very grateful.

But that doesn’t mean it isn’t hard. It definitely took some adjusting, some sacrifices, going from two incomes to one while adding the additional expense of kids. It’s taken five years for us to get to the point where we are even a little bit comfortable, and have extra cash each month. It’s no joke, the budgeting and the planning and the figuring. It can drive you bananas, if you let it.

Now that I've regained my sanity, I realize I was doing all that to compensate for not bringing in any money. I was trying so hard to prove that I was providing such an amazing environment for our son that it was worth forgoing the 30k I used to bring home.

I don’t have any advice on saving money, though. I don’t have a quirky and witty listicle that explains "17 Ways to Hack Your Budget." I don’t know how to coupon and score seven deodorants and fifteen air fresheners.

I suck at DIY. I don’t use envelopes as my budgeting tool.

People often say, “Oh, but what you do is so important,” and it is. But groceries, y’all. Groceries are also important. Paying the power bill and putting gas in the car are important. Money is important. And, I didn’t realize it until I didn’t make it anymore, that the confidence and security of making money yourself is incredibly important.

As soon as I got over the shock of having a newborn, the weight of the responsibility settled firmly on my shoulders. And with the weight came guilt. Guilt that I was home all day. Guilt that we could only buy "Manager Special" markdown meat. Guilt that I bought secondhand clothes for my baby. That guilt was compounded by knowing that if I went back to work, we’d be comfortable again. We’d be right back where we had been, firmly planted in the middle class.

It was a blow to my confidence and my self-worth. To know that we had to sacrifice so much “just so I could stay home” was something I convinced myself was true, and I spent an inordinate amount of time trying to make up for it. I tried so hard to be frugal, thrifty, cheap. I only bought food that was on sale, I made everything from scratch, I canned and froze things from my garden or the farmers’ market. It became a little bit of an obsession for a while.

It wasn’t just with our grocery bill, either. I went completely overboard making sure my son experienced the most enriching, stimulating environment a toddler could have. I made wooden toys from wood I harvested from trees we cut down, I did every single Pinterest sensory activity in existence, I scoured the internet for learning activities for toddlers, I researched Waldorf and actually considered “doing Waldorf at home." I was committed to making sure he had the BEST childhood EVER.

Now that I’ve regained my sanity, I realize I was doing all that to make up for not bringing in any money. I was trying so hard to prove my worth, to convince my husband (who totally didn’t need convincing), that it was good for me to be home, that I was providing such an amazing environment for our son that it was worth the 30k I wasn’t bringing home anymore.

It was bonkers, y’all. I went overboard and I beat myself up over everything. If I couldn’t afford Waldorf dolls, I knew my son would be an insensitive boor who lacked empathy. If I didn’t have a basket full of playsilks (naturally dyed, thank you very much), he would never develop a vivid imagination. If he had plastic toys, his brain would rot.

I was off the rails.

Then his brother was born. After that, I was too tired, too stressed, too busy nursing newborn around the clock to worry whether or not my older son was getting the appropriate amount of unstructured, "loose parts play," or whether his nature table was seasonally appropriate, or if our shelves were ACTUALLY Reggio inspired. I didn’t give up, but I settled down. I realized how obsessed I had been and I cut myself some slack.

He’s going to be fine. They both are. They won’t be rich, they won’t have everything they want, they probably won’t even have clothes that haven’t been worn by someone else before (at least not while they’re little), but they don’t need to. I’m still struggling with not equating my value to my paycheck, and that’s going to be a hard one to get over, since we are all taught from a very young age that success is strictly a financial thing.

But I’m getting there. And my boys have their mama at home which, for our family, is a very valuable thing.

If you like this article, please share it! Your clicks keep us alive!
Tags
single income
family
SAHM
parenting
Budget
frugal