5 Things I'm Panicking About As I Approach 40 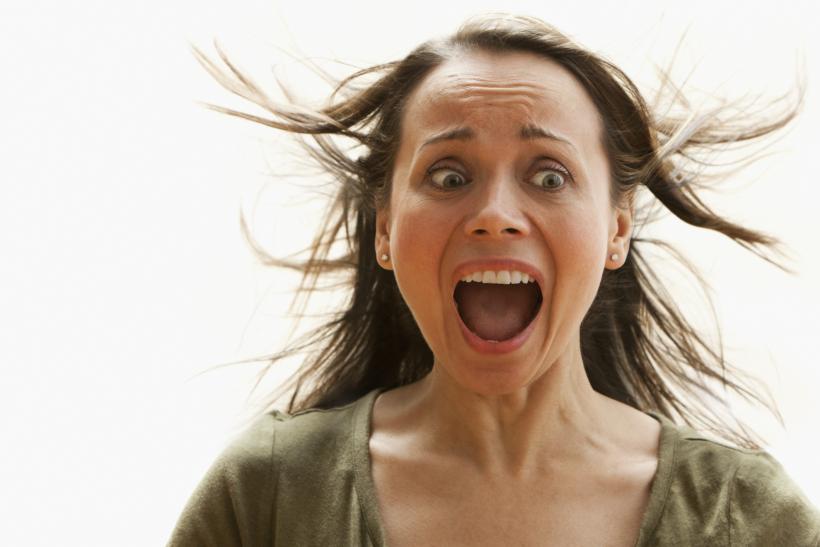 I’m 39 years old, and I have no idea what to think anymore. When I was young, I was so sure, so confident in my beliefs, my concept of right and wrong. I think that’s one of the blessings of youth: conviction. When you’re in your 20s, you know what’s up. Nothing is scary when you’re 25. At 30, things are a bit more serious: you have a real job, maybe a baby on the way, and at 35, you’re navigating mortgages and car loans and multiple kids. Even so, most things are pretty straightforward. You’re still in your 30s, how serious can things be?

Staring down the barrel of 40, though? This is new.

I never really wanted to be grown. Never imagined I’d make it all the way to grown. I always assumed I’d go down in a blaze of glory, young and full of life, then poof! Like a supernova. People would lament my passing, keening about my youth and vitality. “Gone too soon," they’d say, “her beautiful spirit silenced before the world could yet love her.” (I’m very melodramatic and have always been prone to self-aggrandizement).

Or something. I don’t know. It was bullshit then and it’s bullshit now. Suffice it to say, I never imagined myself at 40, with two kids, a mortgage, a minivan, and yoga pants; worried about whether or not we have enough life insurance (we don’t), if I should vote for Gary Johnson instead of Hillary (nope), or if I’m poisoning my children by letting them eat Goldfish instead of Cheddar Bunnies (maybe a little, but probably not enough to be troublesome).

Life looks a lot different at 40 than it did at 25, and I have a whole new list of things to worry about. It’s a very long list, and it makes me anxious on the best day, plain terrified on the worst day, and on a run-of-the-mill day, it just keeps reminding me that I’m clueless about what to think and what to do and how to be grown.

1. What the hell am I supposed to feed my children?!

This is a biggie. It’s not as simple as it was when I was a kid. Everything will kill them, or give them cancer, or disrupt their hormones. Nothing is safe!  Even innocuous foods like crackers can have sneaky, insidious, death ingredients. I could always make my own cheese crackers, from scratch, like a “good mom” would do, but then I’d worry that I wasn’t spending enough time with my children, actually interacting, and then I’d just worry they would turn into sociopaths (see #4).

2. How will I support myself when I’m old?

We all have heard that there is not going to be anything left in Social Security by the time we’re old. It’s gone, spent, misallocated, whatever. It’s not there anymore, so we’re screwed (thanks, Baby Boomers). So it’s up to us to figure out what to do with our money now, so that we aren’t destitute or dependent on our kids when we’re 80. That  means we have to invest. Invest in what? I have no freaking clue. Stocks? Which ones? How? Bonds? Isn’t that a wartime thing? Mutual funds? WHAT IS THAT?? Pork bellies? Is that just in cartoons? Precious metals? I know, I know!! Bitcoin!! But wait, I’m 40, so I actually have no flipping clue what Bitcoin is.

It’s all just too much.

Dude, seriously. Things like this keep me up at night. Roof leak? Broken air conditioner? Flood? Terrifying. There’s no insurance for stuff like that. That’s out of pocket and, I don’t know about you, but I can’t afford a new roof out of pocket. I have very shallow pockets. Like those fake pockets that are just there to give the impression of pockets. So a leak would mean more debt. Which means more money out each month. Which means tightening the belt on the grocery budget. But if I do that, I will have to feed my children toxic, cancer-causing, hormone-disrupters!

4. Will my kids be sociopaths?

That I even HAVE children is not something I was ever expecting. Until I was 33, I never entertained the notion of having anyone but a husband sharing my space. But now that they’re here, worrying about whether I’m screwing them up is major anxiety fodder. EVERYTHING you do is wrong, if you ask enough people. Pick them up? Put them down? Let them cry? Never let them cry? Spanking? Time out? Empathy? Punishment? No punishment? Sleep with you? Sleep alone? There is no right answer and it MAKES ME INSANE.

Until recently, I never questioned whether or not a twinge or a tweak was a heart attack. It never crossed my mind, was not even a remote possibility. In your 20s and early 30s, things like heart attacks seem such distant things, reserved for people who have reached middle age.

People my age never had heart attacks... until they did. When people your age start having heart attacks, you know shit is real. You have achieved middle-age, and it’s time to get on the damned treadmill and stop eating so much bacon. When you’re creeping up on 40, a chest pain (which you know is probably just gas, but you can’t be too sure, because what if it’s not, right? Where’s the aspirin?! Find a defibrillator!! OMG I’m dying!!), is straight up terrifying. And the scariest part is that it is a completely realistic scenario. Because 40.

There is a flip-side, though. Part of being a full-on adult is getting to decide what you absolutely DO NOT care about. At all. Ever.

Like ironing. Fuck ironing. I don’t iron. I don’t even own an iron. If something is wrinkled, it either gets worn wrinkled or tossed into the dryer. If it’s still wrinkled, it just gets re-washed.

Also, hair color. My hair is completely gray. All the way gray. Not streaked, not a few here or there. It’s gray. I don’t care. I don’t color it, and haven’t since I was... in my 20s. I find that my sense of vanity has steadily declined as I’ve aged. I don’t wear makeup, I don’t “do” my hair, I am overweight and wear yoga pants out of the house with abandon.

I have made a deliberate choice not to care and it’s liberating as hell. I may even rock wool socks and Birkenstocks when I run errands this winter. Because 40 says I can.

If you like this article, please share it! Your clicks keep us alive!
Tags
aging
turning 40
parenting
being adult