How Mental Illness Has Made My Life Better 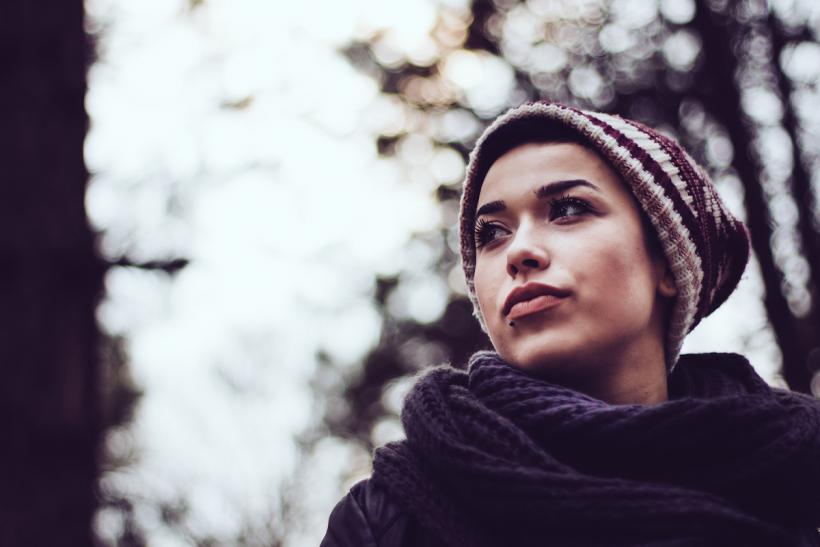 I know which path to follow, and it’s led me to empathy for others.

It’s a strange day to be writing about how my mental illnesses have made my life better. I pulled off my hospital wristband today, after being admitted for a case of serotonin syndrome (SS), a condition where excessive amounts of the normally-calming neurotransmitter induce extreme tension or sedation. I got restlessness, rigid muscles, chills, twitching limbs, and quick, shallow breaths — all because my doctor prescribed me a routine muscle relaxant, when I threw out my back, that interacted poorly with my normal regimen.

To flush out the toxic levels of serotonin, the Emergency Department flushed my system with saline and Ativan, and mandated that I stay off Effexor (a serotonin-based antidepressant) and Adderall (an amphetamine for my ADHD that exacerbated the effects of SS) for an extra day, just in case.

In this instance, starting with a clean slate wasn’t good.

I walked tonight to a place I’d never been before, a hill that overlooked the Boston skyline. I listened to music made by depressed musicians:  Nick Cave, Elliot Smith, Nick Drake. I lingered on the image of Drake’s black-eyed dog, knowing I had one of my own that knew my name, called at my door, and called for more. I felt myself growing weary at the same time, as I felt the handle of the kitchen paring knife through the lining of my coat pocket. I wrote three pages of words I don’t want to look at again. I sat for a very long time, wondering if being colder would lessen the pain or make it worse.

Instead, I texted a friend and began to cry, as the bad thing inside me broke into pieces. I took the knife and threw it as far away as I could. The night was so dark, I couldn’t even follow its path. Only on the walk home did I begin to shiver.

But when that mouth opens to howl for you — lord, it seems so hard to keep living in mind.

Even still, I walked away. I came home and showered until my frozen fingers plumped in pain and shrunk to normal. I put on cozy things and thought of the idea I’d had about a week ago: mental illness enriches my life.

You’d think tonight would change my mind, but it hasn’t. I’ve got a weight with me and fatigue. I can still hear the beast outside, hollering for me to come out and play. Instead, the entirety of my being is focused on the smoothness of my finger-pads on the laptop keys. The F and J have little raised lines to help typists find their way and they tickle when I rub at them as I tarry trying to find the next sentence.

Mindfulness taught me how to do this, how to focus so intently on the breath or senses that thoughts disappear or are diverted for a time; and tonight I celebrate the feeling of blood circulating through my digits, allowing me to feel each word come to life.

I would not have turned toward mindfulness if not for my anxiety and panic disorder. Once upon a time, I struggled to swim in a river of unending worries, pockmarked with rapids of panic attacks. They’d come daily, tornado through me, and I’d lay empty and exhausted on the couch, watching Planet Earth until I fell asleep. Mindfulness gave me the gift of breath, feeling it move into my chest, then my diaphragm, then my belly and out in reverse. So long as I continued to breathe, there was always the inhale and exhale to return to, no matter how many times thought intruded.

I learned, too, how to use my body for these ends. I could focus on my toes, the balls of my feet and the soles, loosening everything back and back to the heel. I’d bring my breath there, then up my calves, knees, thighs, and so on until my entire body was limp and wrung out. Until it was free. This was something that saved me from panic, but tonight, I’m using it to love the warmth of the electric blanket against my sore back, the feel of my little cat embracing my leg, the clean feel of air against my nostrils and throat. Later, I’ll relish creamy spiced sips of a homemade chai latte until my body is all comfort once more.

Yoga does this, too, all mindfulness in motion, for when my head-traffic is too busy for breath alone. If I fill my mind with poses and breaths, there’s even less space for the poisonous rest. I go to my mat when I feel full of tangles and leave un-knotted; this wasn’t a side effect. It was the intent.

I first practiced to find stillness. When depression made it too difficult to achieve endorphins through cardio, and anxiety and ADHD made it impossible to sit still, I’d follow a YouTube video with reverence, constantly correcting for posture and tension. Slowly my symptoms would vanish and in their place I inexplicably found strength.

I never loved my body, never hated it. It was, just a vessel for me to inhabit. But the more I practiced yoga, the more I came to see power embodied in my torso, space reclaimed in the stretching of my limbs. I came to feel like a warrior, a goddess, a beautiful human with the capacity for self-love. The feeling hasn’t stretched much beyond the mat yet, but I know I never would have found it at all without my diagnoses. In itself, that is a blessing.

Even my words to others have been boons to myself. Four years of therapy has granted me access to vaults of depth I sensed before, but could not access. I could feel the answers lashing out in anger, grasping tightly with need, and cutting ties with chilly disdain, but they were buried somewhere unmarked. By loosening my tongue in sessions, I have unlocked solutions to problems I thought would be life-long. They’re not easy to implement — so much is trial and error — but I know how to proceed now.

I know which path to follow, and it’s led me to empathy for others: the impoverished, the ignorant, the homeless, the angry, the selfish, the confused, and the lost. I’ve opened myself up and received the world. It’s beautiful.

As I sat on the hill tonight, I wrote one sentence that I’m willing to revisit: “The city is glittery beautiful, though.”

Mental illness can be a nasty beast, but if there’s one thing it’s shown me, it’s how to appreciate beauty.

If you like this article, please share it! Your clicks keep us alive!
Tags
mental health
mental illness
wellness
benefits
anxiety
Depression