The Problem With White Feminism 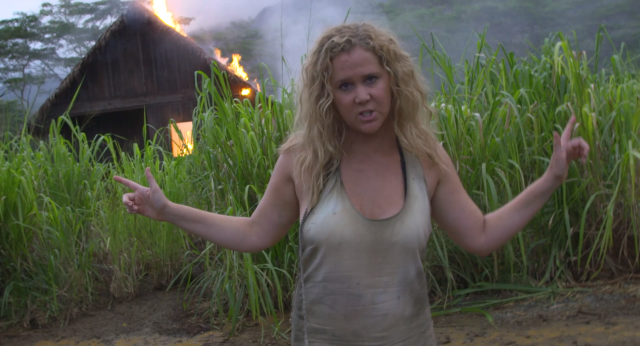 You are not getting “bullied” because you are being called out for problematic behaviors.

I am shocked, perplexed and a little bit dismayed over the amount of “good liberals” who have pushed my friendship to the point of no return over the term “white feminism." As a matter of fact, I would go so far as to say the cries over white feminism vs. intersectional feminism is the new #BlackLivesMatter vs #AllLivesMatter. You might not see it that way now but you will by next year. Trust me. I’ve been through this before and damn, am I tired.

When black lives matter first came to fruition, I immediately knew its purpose and need, but I’m ashamed to admit that my first knee jerk reaction was to whisper, “But shouldn’t we make it more inclusive as to not upset people?” People meaning “white people”.

Well to steal a line from Sophia in The Color Purple, HELL NO.

To shift the semantics of a movement that calls for an end to police violence, which largely affects black people, is erasure of the black victims. Can white people be affected by police violence?  Absolutely …  but black people are historically and largely targeted more.

We tip the scale. We don’t call it “driving while black," for nothing.

I’ve had to review those thoughts, and ask myself why my initial reaction was to wonder if we should change the wording of a movement — centered around a violence that affects the black population — to language which makes white people more comfortable? The answer smacked me in the face. In our society, it is instilled in all of us, from a very young age, that ANY conversation which doesn’t center around whiteness or paint whiteness in a positive light is a “negative” and “divisive” conversation. Hence the uproar over the phrase “white feminism."

For those who can’t extend their fingers past the realm of whining on Facebook to do some simple google research, let’s break down what “white feminism” is. White feminism refers largely to first and second wave feminism and how it’s problematic, because it left out the voices of anyone who didn’t fall into the categories of heterosexual, cis, white.

Intersectional feminism exists to bring in all those left out in from the cold and it should be the only feminism we practice today.

There are now seats at the table for people of color, the disabled, and the LGBTQI community, and that’s how it should be.

So what happens when you post an article about Amy Schumer’s brand of problematic white feminism, without doing a systematic break down of what “white feminism,” is on Facebook? Well, you get the event horizon of peak white feminism shouting at you and everyone who understands it, on your wall.

A point of no return. Friendships were decimated, which of course made me question their validity in the first place. Why? Because a handful of white people who were largely out numbered didn’t understand the terminology and insisted their opinions and feelings held more weight in a space where the whines weren't welcomed.

You DO NOT EVER get to put demands on your friends of color that they defend you, when you’re lying in a bed of your own making from your obvious lack of understanding. But that is exactly what white privilege does for people. It gives them a sense of righteousness that is occasionally unstoppable.

You are not getting “bullied” because you are being called out for problematic behaviors, such as talking over women of color and erasure of their voices, in a conversation where you absolutely do not understand the subject matter. It is duplicitous and manipulative to declare otherwise.

And yes, I purposely refused to give a detailed description of what “white feminism” refers to, because if you think your voice is soooooooo relevant and important to a conversation that you just have to dip in (because let’s not forget, you always have the option of being quiet), then it is your responsibility to do your own research. I wasn’t feeling charitable that day. Don’t come into my living room and take a shit in the middle of a cocktail party because the conversation is over your head and you want to make it about you. Why do you automatically expect a seat at the table? And why insist on making an entire essay on egregious behavior, done by someone who isn’t you, all about how it hurts your feelings?

It is mortifying that I know so many baby boomers who expect to rest on the laurels of their parents' good activism work. No one cares who your parents marched with, if you’re insisting that women of color have to put your feelings above their humanity, because you’re a special snowflake with opinions.

These conversations require actual work and if you’re not willing to do it, then show yourself the door.

I used to not understand why a lot of women of color were suspicious of liberals, but now I’ve just realized that I am late to the game. There is nothing worse than someone who is high on the fumes of their righteousness. When 20+ people step in to tell you that you are wrong, and they are from different backgrounds but fight for the same cause as you claim to support, maybe that’s your cue to stop talking and start listening. When your "friend" tells you you're wrong, do not fill her inbox with demands that you "defend" her. That’s when you really messed up.

You DO NOT EVER get to put demands on your friends of color that they defend you, when you’re lying in a bed of your own making from your obvious lack of understanding. But that is exactly what white privilege does for people. It gives them a sense of righteousness that is occasionally unstoppable. It's like the Red Bull of making yourself look like an asshole. You do not get to try to shame me with tales of how you’ve known me since I was a little girl. You don’t get to cry tears of how I’ve hurt you and your husband by not fighting for you …  in a FACEBOOK DISCUSSION. Shame on you.

Jumping in my inbox and demanding that I “defend you” against some non-existent threat, because you failed to step outside of yourself, was actually triggering to me. That’s why I blocked you from messaging me. The scene which came to mind immediately was from Gone With the Wind, when the slaves are promising Miss Scarlet that they’ll protect her from those Yankees. Asking a person of color to act against their best interest, in order to keep you comfortable, is the ultimate destroyer of “friendships."

From the reactions I’ve received recently, telling white feminists who don’t understand intersectionality that they don’t get to lead conversations on feminism and women of color, is as egregious as shouting “KILL WHITEY." The irony of a bunch of white people centering their own feelings, on an article about white people crowding spaces that aren’t meant for them, is NOT wasted on me.  But after all the drama and commotion that ensued from posting one article on Amy Schumer doing a terrible spoof of Beyonce, I can say the topic on social media has totally exhausted me.

Lucky for me, I do have some wonderful friends and allies who are willing to pick up some of the slack. So if you still don’t get it, read THIS instead of behaving in a way which will make you feel mortified later.