I Had A Tampon Stuck In My Vagina For 9 Days 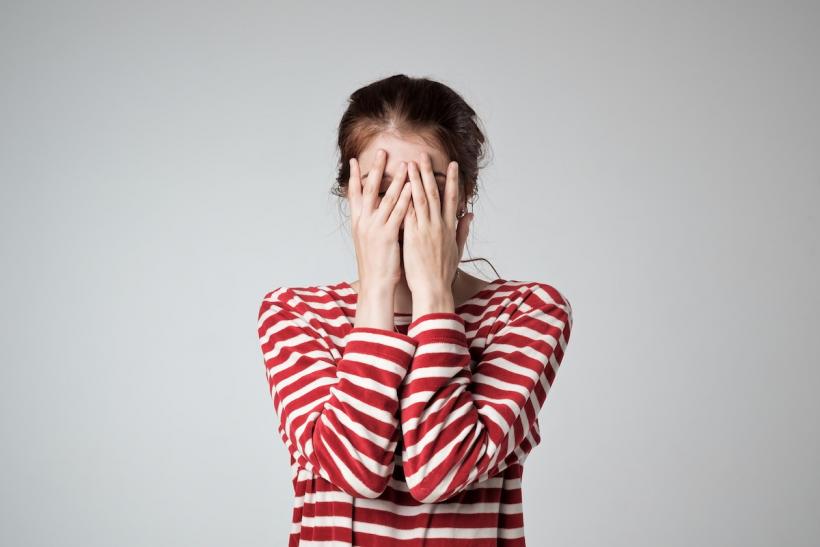 I know you’re probably wondering how that happened, so I’m going to tell you. (You’re welcome.)

I was mortified and confused. How could I have forgotten a tampon up there?

I once forgot about a tampon for nine days.

Yes, really. There was a tampon inside my vagina for nine whole days and I had no idea.

I know you’re probably wondering how that happened, so I’m going to tell you. (You’re welcome.)

The first sign that something was wrong was the weirdly watery discharge. I'd never had vaginal discharge that looked like that before, and considering I'd just finished my period, the large-ish amount was confusing to me. But everything else felt fine. So I put a pantyliner on and went about my life, thinking it would stop soon.

But it did not. Brownish liquid kept trickling — sometimes gushing — out of my vagina.

The next indication that there might be a problem was the smell: It was rancid and kept getting worse. It took me a while to figure out where the smell was coming from.

I thought it was my underwear, so I put on a new pair. I thought I needed a shower, so I took one. I tried a bath. Nothing seemed to be helping.

I wasn't completely sure that it was coming from my vagina, so I didn't immediately head to the doctor. Instead, I soldiered on. Physically, nothing hurt. Everything felt normal.

Then, after having sex with my boyfriend, I asked him about the smell, only to find out that my biggest fear had come true — he admitted that yeah, my vagina smelled pretty bad. And that, yeah, it didn't usually smell like that. That was when, on a hunch, I asked if he would dive in and check it out for me.

This experience taught me that it can and does happen. It happened to me, someone who is in touch with and educated about her body.

Looking back on it now, he was not a very body positive person. I'm shocked that he was not only willing to put his hand up there and see what was going on, but that he handled it in a sensitive manner and never made me feel bad about it. If he did anything right in our relationship, it was this.

I lay back on the bed and spread my legs while my saintly boyfriend ventured into the putrid cavern. He put two fingers inside me, reached up towards my cervix and said, “Um, there's something in here.” I started to freak out. What do you mean there's something in there?

After some tugging and “come hither” motions with his fingers, he produced a soaked, wretched, soggy, squished tampon. It had been jammed all the way against my cervix, balled-up — likely from the force of his penis during sex. The smell immediately engulfed the entire room: I've never been more humiliated in my life. I began sobbing.

I was mortified and confused. How could I have forgotten a tampon up there?

I was incredibly lucky that I didn't have any symptoms of toxic shock syndrome (TSS), which can happen when a tampon is left in too long.

Before this happened to me, I was very judgey when I heard stories about women getting TSS or somehow losing tampons or condoms inside themselves. I couldn't believe it was possible that this could happen to someone, and I thought it was disgusting that anyone could have such poor hygiene that they wouldn't know they had something stuck in their vagina.

This experience taught me that it can and does happen. It happened to me, someone who is in touch with and educated about her body. It happened to me, and I had no idea. I now have compassion and empathy for people who find themselves in similar situations; I am also grateful that my outcome was not as bad or scary as it could have been.

I never thought I'd be able to say that I lost a tampon in my vagina for nine days, and yet, here I am. It was gross, sure — but I refuse to be ashamed or embarrassed about it.

I did, however, switch to the DivaCup.