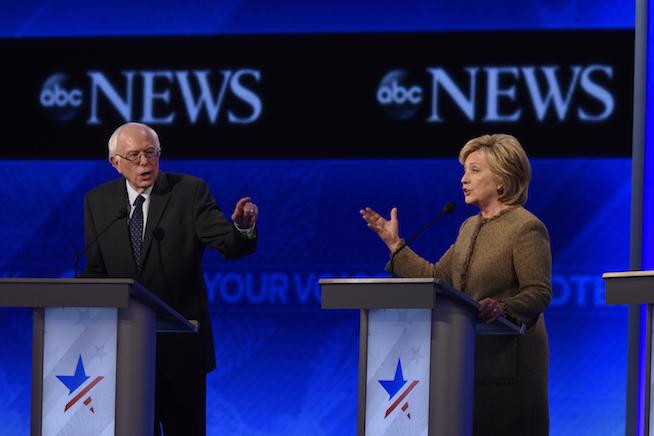 Hillary’s “inevitable” status is not yet guaranteed.

Give us the Real Hillary.

As the Democratic primary drags on, many pundits have begun fretting that the #NeverHillary movement will make Clinton’s ability to unite her party… difficult.

Peopled with hardcore Bernie fans, #NeverHillary is (as of publishing) committed to the “never” involved in their popular hashtag.

But since Hillary’s “inevitable” status is not yet guaranteed, she would be wise to focus on the here and now, not just the General Election. After all, the best way of bringing in Sanders supporters is not to berate them into party loyalty, but steal them away.

Here are some suggestions for the Hillary campaign:

1. Get Larry David to be the Clinton player on Saturday Night Live.

Ever since Larry David entered the SNL scene during this election, his presence on stage playing Bernie Sanders has been one of the show’s biggest hits. Since premiering as Sanders on October 17th, Larry David has returned numerous times to impersonate the scrappy Senator from Vermont.

And you know what else has happened since then? Bernie Sanders has been getting more and more popular. I think Larry David deserves some credit.

Look, it’s nothing a wig and some practical tone of pink lipstick couldn’t handle. Love for Larry David seems to be translating into love for Bernie, and while the two share a number (OK, a LOT) of physical and temperamental qualities, is it so much to ask that Hillary get a shot at an impersonation from Larry David?

That could move some poll numbers.

2. Switch up the soft coif for something wilder.

Bernie Sanders is beloved for his authenticity; even critics allow that his Socialist ideas are all he’s talked about for his many decades of political involvement.

But Hillary is in a world where perception is reality, and the wild tenor of Sanders’ remaining strands lends him a dedicated Einstein look of intensity.

So shake loose the hairspray, girl. Maybe throw in some chunky highlights, or give the messy bun look a try. It might suggest a night where you fell asleep surrounded by briefing papers and awoke so intent on getting your mission accomplished that you just. Did. Not. Have. Time. To. Care.

There’s no rally like a Sanders rally, in part because the septuagenarian has a preternatural ability to stand and talk, talk and stand. His fans love it. You never know when the rally will end!

My suggestion for Hillary’s next speech? Surprise ‘em. Walk to the podium, take a look at the clean stack of neat notes, and then dramatically toss them in the air. A stage fan would be a great prop. The visual of all that preparation flying away in a moment of unscripted whimsy.

4. Pretend you’re not a woman.

The populist right may be more inclined toward misogyny and xenophobia, but the populist left is not immune from these afflictions. And as I’ve written before, when you see progressive white men — many of whom enthusiastically supported Barack Obama’s candidacy — hate Clinton with every fiber of their being despite the fact that she’s a carbon copy of Obama’s ideology (or in fact now running slightly to his left), it’s hard to find any other explanation than sexism.

5. Tell us what you really believe.

Sanders wasn't afraid to call himself a socialist, even though common sense and political strategists would have said such candor was a big mistake.

Let's not bring up his name, but that other candidate on the other side has also been frightfully unscripted in what he says out loud.

Maybe voters don't care so much if they disagree with you. Right now, they just want to hear from the real you.

So give us the Real Hillary. Scrap all the focus-grouped politician speak, and fly by the seat of your pantsuit.

That glimpse of unscripted personality might be enough to persuade some of those authenticity-lovers on Bernie’s side.

If you like this article, please share it! Your clicks keep us alive!
Tags
Hillary Clinton
bernie sanders
election 2016
sexism