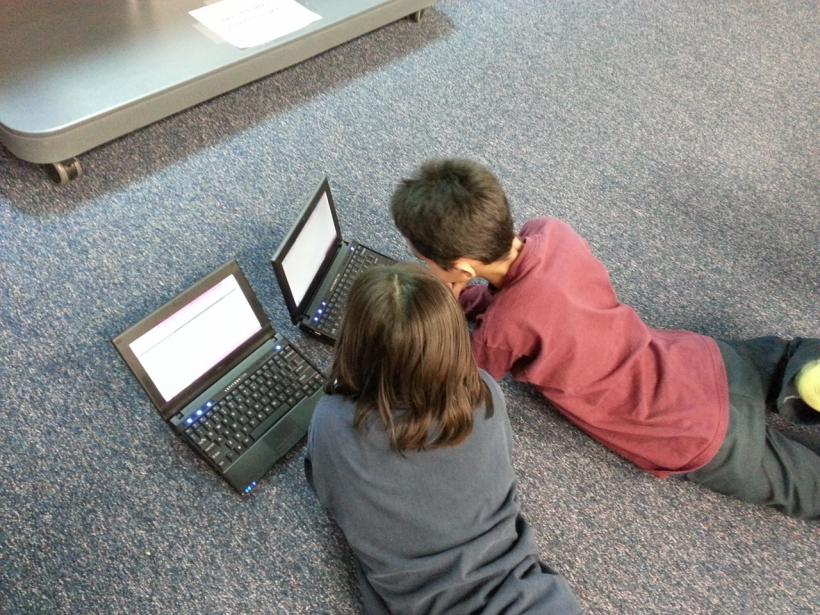 We can either stamp our feet and ban some of their activities, or hold their hands through the process so they can learn as they go and (hopefully) lose interest.

He's reaching all these milestones way too soon, but I can't change the way the world is. All I can do is try and keep up.

His smartphone was linked to mine and while scrolling through his recent activities I saw a website called Red Tube pop up. He was only 10 at the time, and despite being one of those progressive moms who was the one of the first in our friendship circle to tell him the truth about Santa and sex (in that order), I’d failed to even mention pornography because, to be honest, I thought I had a few years up my sleeve before he even came across it.

Technology has accelerated the rate at which our children are being exposed to things which means we are having to shift our “important conversations” timeline in order to stay one step ahead of our tech-savvy, curious kids.

I realized I couldn't. I'd just have to try and explain it in a way that makes sense but more importantly, that doesn't leave him feel ashamed that he's been watching it.

We have a reasonably open relationship so one night while watching TV together I blurted out, “We should probably talk about Red Tube. You know that's not what sex is really like, right?”

He giggled and said that yes, he does realize that's not what sex is like but that he still watches it “heaps” and so do all of his friends, which I thought may be news to his friends' parents.

“Do you have any questions about it?” I asked.

“Not really, it's just that sometimes they make really stupid sounds,” he said.

The problem parents face these days is that regardless of restrictions we set up on our children's devices, there are so many ways they can access porn that bypasses these restrictions and most of it is free, with no payments or verification of age required. Even YouTube is prematurely exposing our children to adult themes and concepts that we try and protect them from, all to no avail as it turns out. So we can either stamp our feet and ban some of their activities, or hold their hands through the process so they can learn as they go and (hopefully) lose interest.

“You can watch it if you like,” I said, “but there are rules. No videos featuring rape, violence, kids or animals. Promise?”

He promised. Lines of communication, maintained.

After that I tucked him into bed, gave him a kiss on the head and went to bed, silently cursing my husband who begged me to have all of these awkward conversations with our children because he said, “I don't know what to say. Can you do it? I just can't handle it.” Why can't he be one of those husbands who takes our son fishing and explains the way things are there, before handing him a first edition Playboy to add to his growing Spiderman collection?

I felt a little proud.

Still, I can't wait until the novelty wears off and he stops watching it. I'm hoping he loses interest sooner than his friends do because I've talked to him about it so openly. I think he is because he doesn't ask as many questions about it as he used to.

He's 11 now, and I still think he's reaching all these milestones way too soon, but I can't change the way the world is. All I can do is try and keep up.