A Mother's Wisdom: Why Everyone Needs A Mentor And A Friend 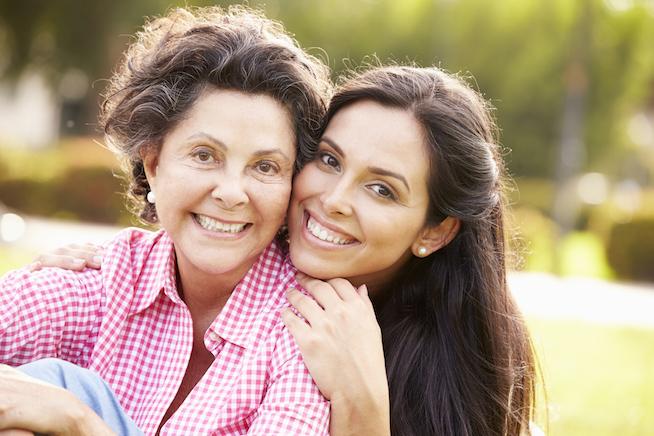 My mom has been an invaluable mentor — not just to me, but to many of my friends.

My mom has been an incredible mentor.

Back in my early twenties, I struggled financially.

But more so in that much-mocked Millennial quest of “finding myself,” I made a number of questionable decisions.

For one, I thought that a move to Waco, Texas would be in my best interest.

Once there, I quickly saw this choice had been an exceedingly bad one. Just the bugs alone — they’re enormous, copious, and mean.

At this time, I began talking with my mom more regularly. We’ve always been close, but I found myself being more honest.

Stories came out in a version hewing closer to actual truth than the upbeat, glossy filter I’d put them through before, back in those rosy years of carefree college.

My first year as a teacher wasn’t going so well. I couldn’t stay on top of the grading and planning and classroom management (read: keeping teenagers in their seats, focused, learning).

My first year coaching was a disaster, straight up. After one basketball game, a player’s father yelled at me in front of everyone that I had no idea what I was doing.

And though his approach was inappropriate (I’d say borderline cruel), the fact is that the man was right.

I had no idea what I was doing.

I’d never played basketball, and despite “trying” to learn, I also didn’t have much time left in a schedule filled with five different English class preps, a full course load in my Master’s program, and a 2-hour commute every workday.

It probably goes without saying that dating life teetered between non-existent and self-destructive.

But through it all, my mom was there. Someone who would listen and advise — a voice of measured reason and careful critique.

“When you get a chance to do something, nine times out of 10, you should say yes.”

She gave me a tip for dealing with an out-of-control parent: “Calmly tell him he’s out of line, but that you’d be happy to hear his concerns in a more level-headed moment.”

She gave me a tip for dating: “Don’t do it until you’re content with yourself.”

After Waco, I moved to Austin and fell into an old childhood habit of preferring books to actual people or events. I’d go to work, then drive to the coffee shop with some big-ass tome in hand, and sit with my coffee for a few hours, pouring over Bertrand Russell or Kurt Vonnegut or Flannery O’Connor.

There’s nothing wrong with these writers. In fact, just about everything is right with their brilliance.

Yet when I told my mom I’d be skipping a social kickball league because I’d prefer to finish The History of Western Civilization, she kindly told me something I’ve never forgotten: “When you get a chance to do something, nine times out of 10, you should say yes.”

Sure, it’s cheesy; but it stays with you. And it was enough to get me off the couch, into athletic gear, and down to the sporting field.

Because my mom knew that the problem wasn’t enjoying books.

The problem came in the excessive solitude, the endless escape.

There’s an ancient Japanese proverb that encourages the one who would be wise to find two things:

It seems we have plenty of the latter, these days. We’re very friendly. We have hundreds of Facebook friends, work friends, high school friends, college friends, neighbor friends, and friends of friends.

The only problem is, a friend by very definition isn’t there to give you guidance. The relationship isn’t based on an understood structure of mentorship. In mentoring, both people know that Person A is seeking help from Person B, and Person B’s instruction is worthier than Person A’s initial instincts.

And I don’t think enough of us have the first one, a teacher.

We graduate into adulthood assuming we’re no longer in need of instruction or help. This is flatly false.

Over the years, my mom has been an invaluable mentor — not just to me, but to many of my friends. In fact, one of them said I should collect her wisdom into a book and call it Mama Foster Says; that’s how good her responses are to countless dilemmas that faced my friends and me during our twenties. Everything from advice on guys and dating to work politics to time management to budgetary choices.

My mom has been an incredible mentor.

If I ever do write that book — Mama Foster Says — then the first piece of advice of hers I’d share is this:

“Don’t ignore older voices. Don’t tune out someone who cares about your wellbeing, even when (or especially when) they question your path.”

As this advice is one of the best ways to learn and grow.