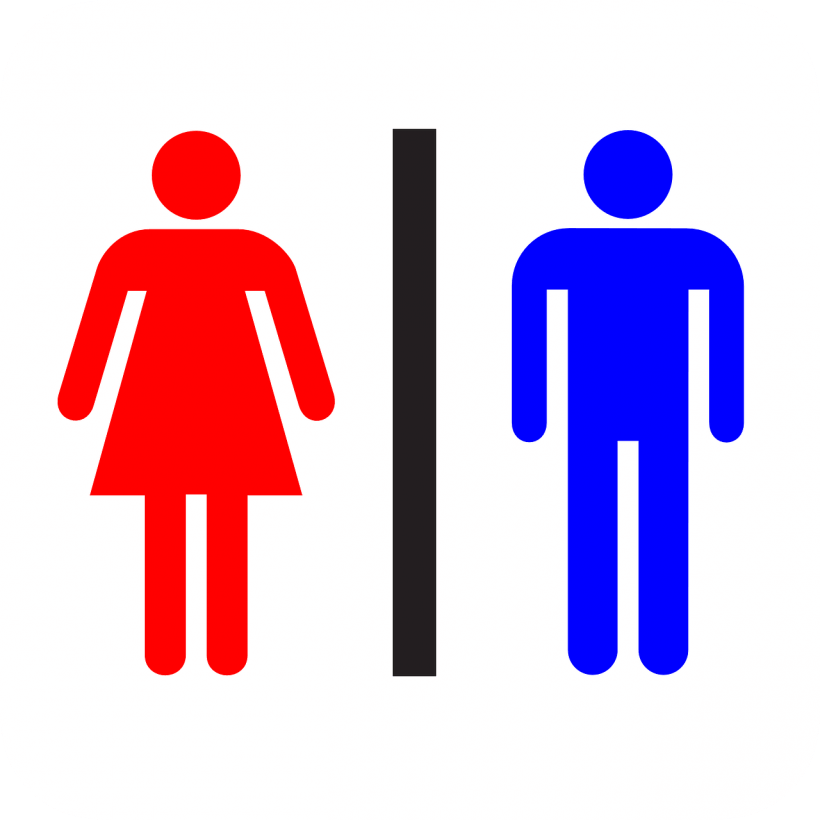 This isn’t the first time that people who enjoy the right to use public restrooms have tried to keep that right from others by using arguments about “safety.”

Everyone poops: That’s what the book taught me when I was young.

It’s simple. It’s true. It doesn't even require a basic understanding of the complexities of gender.

The question of where everyone poops should be just as simple. (And the answer: whichever restroom feels most appropriate for them).

Unfortunately, people who have chosen to oppress those they don’t understand seem hell-bent on making basic biological functions incredibly difficult for trans and non-binary folks.

Having apparently solved all the actual problems in the world, a number of conservatives in state and local governments have turned their “small-government” focus onto the bathroom needs of trans and non-binary people.

The result is laws and regulations designed to make sure that trans people are denied the use of the bathroom that matches their gender, instead requiring that they use the bathroom that corresponds with the sex they were assigned at birth. This is, ostensibly, for everyone’s “safety.”

Following in the vein of Red Durkin's brilliant jab on Twitter, journalists pointed out that more Republican politicians than trans people have been caught participating in bathroom misconduct.

More United States senators have been arrested for sexual misconduct in bathrooms than trans women.

Charlie Comero, a trans man, created cards to hand out when he uses the women’s bathroom that say:

My name is Charlie. I’m following the law passed on March 23. I am a transgender man who would rather be using the men’s room right now. This is likely uncomfortable for both of us. Please contact your legislature and tell them you oppose HB2.

The “No-Peeing-For-You” crowd pivoted to a hand-wringing “Won't someone think of the children” defense, suggesting that choosing not to discriminate against trans people would open the door for sexual predators to take advantage of these laws to assault women and girls.

But research into schools and states where protection for trans people already existed noted that this wasn’t actually an issue at all.

Toni Troop of Jane Doe Inc (The Massachusetts Coalition Against Sexual Assault and Domestic Violence), called the claims that these protections would lead to sexual assault “beyond specious.” The Las Vegas Police Department has noted zero incidents since the law was passed in 2011.

The criminal misbehavior of some should not be “solved” by the restriction of bathroom access for others.

Those trying to restrict trans people’s access to bathrooms responded by threatening to beat trans women unconscious for using the restroom. (The person making the threat in this link is a police officer.)

They also began literally making up stories and getting them on platforms such as The Daily Mail, The Examiner, and Fox Nation (the latter of which not only never retracted the story, but actually doubled down and continued to discuss it as true long after it had been debunked).

To be clear, even if sexual predators did try to take advantage of the law, that would still not be a good reason to refuse trans and non-binary folks access to the bathroom. That’s like saying that nobody should be allowed to buy a baseball bat because some people will use them to assault others.

The criminal misbehavior of some should not be “solved” by the restriction of bathroom access for others.

Not to mention that it’s unlikely that people who are planning to assault women will be deterred by a “ladies only” sign in the first place.

This isn’t the first time that people who enjoy the right to use public restrooms have tried to keep that right from others by using arguments about “safety.” Each time has been different — because bigotry and oppression come from different foundations, and privilege and/or profit different people and systems — but what they have in common is that each time has been totally and utterly wrong.

Recently, a group of parents sued a school for allowing a trans student to use the correct bathroom for their gender. The parents insisted that the trans student use the nurse's bathroom. The school made a completely reasonable offer — if their children were uncomfortable, then they were welcome to use the nurse’s office bathroom. The parents claimed that wasn't a workable option, because that restroom was too far away to allow their children to get to class on time.

So, it’s OK to interrupt a trans student’s education to accommodate your bigotry, but your kids are too good for the exact same treatment you were recommending for someone else’s kid? Riiiiiight.

These parents are obviously ridiculous, and I hope they get laughed out of court and forced to pay everyone’s legal expenses. But the school is onto what I see as the real solution to this “problem.”

The problem is not trans and gender non-binary people existing and needing somewhere to pee, but rather bigots trying to restrict their restroom access.

What they should not be allowed to do is to resolve their bigotry through discrimination.

The good news for those who don’t want to share a public restroom with a trans or non-binary person (or with anyone, for whatever reason) is that while it’s true that everyone poops, no one is required to use a public restroom to do it, so they are very free to find somewhere else to take care of business.

Being trans isn't a choice, but bigotry is. If anyone's going to be prevented from using a public restroom, it should be transphobes.

Bottom line: If you don't want to share a restroom with a trans person, you're always welcome to use your own.

The Obama Administration has stepped up and provided a directive to help protect the rights of trans kids in school, which is a hopeful sign that the tide may be beginning to turn.

But trans and gender non-binary folks still face tremendous amounts of bullying, stigma, harassment, violence, and oppression across all facets of their lives. If you’re interested in working in solidarity on this, consider writing your legislators, joining the I’ll Go With You movement, and learning more about how you can best help.

For more resources for and about trans and non-binary people, check out GLAAD’s list of trans resources and the excellent work of Ravishly's own Sam Dylan Finch.