Take The Cake: How Patriarchy Is A LOT Like Chuck E. Cheese 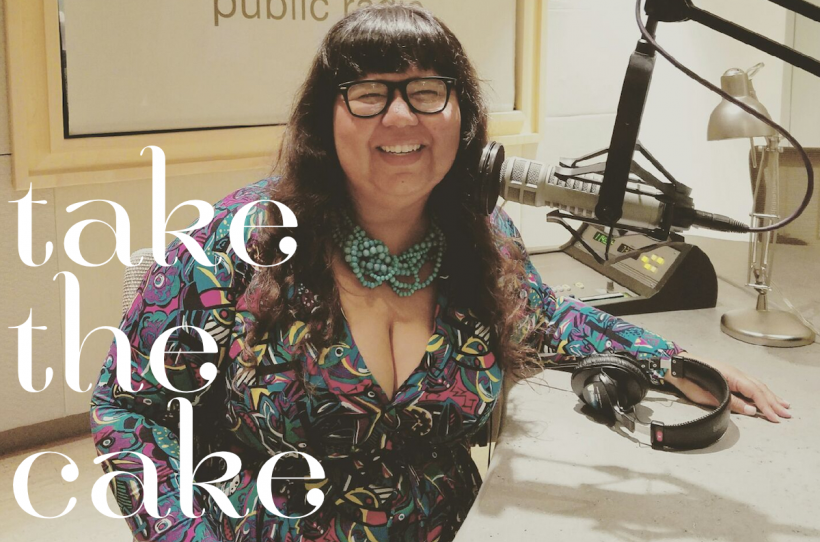 I just did an interview with a lifestyle coach named Lydia. We covered a lot of ground in our hour-long chat. Highlights:

I told her about the super old history of diet culture: some dude named Reverend Sylvester Graham (who invented the graham cracker) started this thing called the Dietary Reform Movement back in the 1800s. It emphasized the importance of using food to control morality — specifically sexual desire. He was super into bland, low-fat foods and also circumcision.

We talked about how important it is to foster our intuition (that little voice inside us that says, “Dieting is bullshit, girl. Just eat some damn cake already”) because it is sacred knowledge. Our culture places a premium on data that is observable; like, if you can’t make it into a pie chart, it doesn’t count. Not so! Often our intuition is unconsciously processed data that shows up in our body. We are taught to squash our intuition by the culture because here are some things our gut will never tell us: “OMG conformity is the best, right?” or “You love waking up every day and hating your life.”

The power comes when we recognize that we are living in a metaphorical world of someone else’s construction. When we see the walls that construct the house we feel trapped inside, that is called perspective. And perspective is also an example of sacred knowledge.

My favorite part of our conversation came when Lyds and I started talking about patriarchy. One of my favorite ways to help people conceptualize patriarchy is by asking people to imagine a Chuck E. Cheese. OMG. Prizes. Pizza. All you can drink soda beverages. Lots of dinging and flashing lights. You get tickets. There’s skee ball. There’s a giant box/net thing filled with balls. Sure there are, like, no trees and it is hella dark in there. But overall, pretty fun, right?

Now imagine you live inside that Chuck E. Cheese, and you have no idea you’re inside it because you have never left it. You don’t know anything else. So, you believe that the terms of this Chuck E. Cheese world are totally normal. You think it’s normal that your only options are cardboard-y pizza and soda beverages, because you have never even seen or heard of things like tiramisu or whiskey-based cocktails or pasta primavera or kielbasa or chorizo scrambles or dim sum or dirty chai lattes or Korean short ribs or truffle mac & cheese or fried green tomatoes or challah French toast with orange-infused maple syrup — or anything cute like that.

You think it’s normal that the only types of music playing are high-paced, anxiety accented beats or a singing rat bro + his friends because you have never heard Nina Simone or David Bowie. Finally, you think it’s totally normal to put money into a machine that gives you tickets so you can win prizes, and you work your little ass off to get the biggest stuffed toy because that’s the best prize you can get inside the Chuck E. Cheese. Who doesn’t want that?

When you’re a woman who’s playing by patriarchy’s rules (e.g., dieting) you are living in that Chuck E. Cheese.

You are spending all your fake quarter tokens (i.e., emotional, physical and financial resources) to play games so you can win a cheap, unethically made toy (i.e., privilege, girl). The power comes when we recognize that we are living in a metaphorical world of someone else’s construction. When we see the walls that construct the house we feel trapped inside, that is called perspective. And perspective is also an example of sacred knowledge.

Conclusion: Step. Outside. Of. The. Chuck E. Cheese.

It is ultimately our individual choices what we do with our bodies, but as I told Lydia, it’s only a choice if people know what they’re signing up for.

For now, I am personally working on divesting from the limited array of “patriarchy prizes” in favor of imagining a life beyond competition, without walls, and of my own creation.

If you like this article, please share it! Your clicks keep us alive!
Tags
patriarchy
diet
culture
feminism
life coach