Yes, Virginia, Trump IS The President 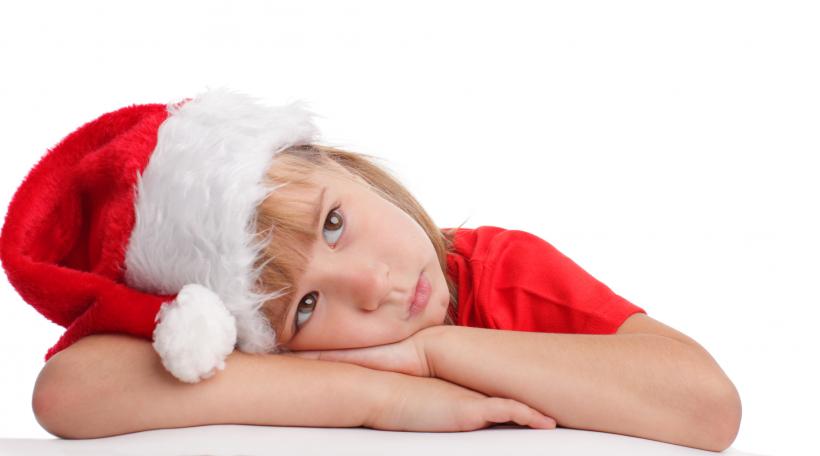 How to find hope, despite the times.

In 1897, a little girl named Virginia O’Hanlon wrote a letter to the editor of the Sun, asking if there was a Santa Claus. The editor’s response, “Yes, Virginia, There Is A Santa Claus,” became a Christmas classic.

Some of my little friends say Donald Trump is president and there is no hope left for the world.

Please tell me the truth; is there any hope?

Your little friends are wrong. Well, they're technically right about one thing: Donald Trump is our president-elect. And things don’t feel especially hopeful right now. They feel dark. Hateful. Terrifying. Uncertain. Make no mistake, Virginia, our nation has elected a marionette Putin constructed out of off-brand Russian Cheetos to lead us into the great unknown. The years ahead will not be easy.

“Our country is like a really old house. I love old houses. But old houses need a lot of work. And the work is never done. And just when you think you’ve finished one renovation, it’s time to do something else. Something else has gone wrong… And you may not want to go into that basement, but if you really don’t go into that basement, it’s at your own peril. Whatever you’re ignoring is only going to get worse. Whatever you’re ignoring will be there to be reckoned with until you reckon with it. And I think that that’s what we’re called upon to do where we are right now.”

Because here’s the thing about hope, Virginia. The hope that died on November 8th? That hope was cheap, fragile, naive. For white people in particular, it was a willfully blind hope that came along with our privilege, the hollow door prize we received for turning a blind eye to police killings, hate crimes, a rising white supremacist movement, and a blatantly racist judicial system, among SO MANY other horrific truths.

The basement of our old house was flooding, but we kept moving our stuff up to the next floor and saying, “It’s fine, it’s fine.”

It’s not fine, Virginia. It was never fine.

It hurts to see things clearly, but when you do, when you don’t dismiss the painful reality, eventually a new kind of hope emerges. This hope is so much stronger than the sorry excuse for hope so many of us were clinging to before. It’s empowered, determined, humble, nuanced, and based in action. We’re not allowed to passively invoke hope anymore. Hope is a verb now.

Hope is our resistance.

Now more than ever, we have to fight back against hate, racism, sexism, tyranny, and oppression. Our resistance must take place on a larger scale (please go to protests and call your representatives, Virginia), but that doesn’t mean the smaller scale isn’t important too.

Hope lives in kind interactions between strangers. It lives in deep listening, in moments of stillness. Hope is baked into the meal you bring to a grieving friend or a lonely relative. Hope is a phone call. Hope is speaking out. Hope is dropping down to your knees to help clean up a mess — literally or metaphorically. Hope is sitting with discomfort, not running from it. Hope is art and poetry and music and quiet time in nature. Hope inhabits every syllable of “I’m sorry” and “I love you” and “I’m here for you.” Hope is taking care of each other, and not taking anything for granted.

Yes, Virginia, Trump is president, but all hope is not lost. On the contrary, everywhere I look I see courage and compassion and love spilling out from the broken places. It’s up to us to create the hope we need so badly.

Now reach out to someone who’s hurting, and prove me right.

If you like this article, please share it! Your clicks keep us alive!
Tags
Trump
Election
electoral college
vote
President
Clinton