I'm An Intersectional Feminist Because Of My Sufi Faith 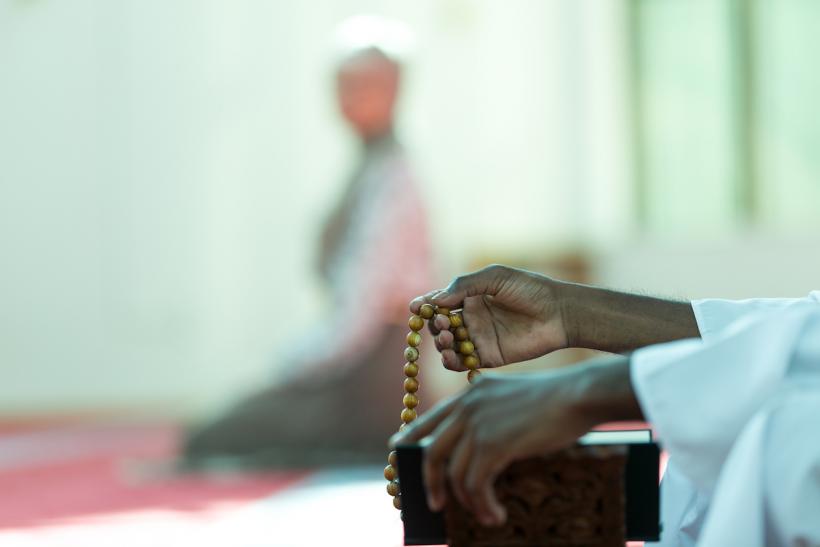 "With this all around me, and with my parents’ dedication to families of children with disabilities, how could I not believe deeply in service to others?"

In 1996, Nimatullahi Sufi Master Dr. Javad Nurbakhsh published a book called Discourses on the Sufi Path, a collection of his speeches about Sufism. In it are translations of speeches like Traveling and Social Conduct, Etiquette and Ethics, Right and Wrong, and Selflessness. In one of them, The Two Principal Messages of Sufism, he says, “The school of Sufism has two principal messages… the first message is psychological and heart-related: that Sufis must confirm, seek, and see only the Absolute Being and not think about anything else. The second, which is derived from the first, is social and ethical: that Sufis must exemplify the highest humanitarian and ethical values.”

I was raised in a Nimatullahi Sufi Center in Chicago. Born to Persian immigrants who came to Sufism separately, I grew up understanding Islam through its “mystical” lens. Often, Islam conjures up images of black hijabs and chanting in Arabic, while Sufism is associated with the poetry of Rumi and Hafez. In reality, Sufism is deeply rooted in Islamic values while simultaneously being beyond them; it focuses on a spiritual path to God rather than a strict set of practices and rules.

In many ways, my parents had traditional values usually associated with a religious household: modesty, manners, and service to others being some examples. One thing that they especially demonstrated, however, was unwavering tolerance and advocacy.

I understood that fighting for others who were different than us was a core part of Sufism.

After my younger brother, Seena, was diagnosed with classical autism as a toddler, my parents turned to Sufism for comfort. It’s a common story, but when asking them about it, I was surprised to hear that it gave them almost immediate guidance. My mother told me that she had accepted the reality of his diagnosis within a week, because there had to be a higher purpose for it — there was a reason that our family would have an autistic member. She attributed this to Sufism.

This was the lens that colored my childhood: we tolerate others who wouldn't tolerate us. My parents refused to treat my brother as anything other who than he was, their son, despite his behavioral difficulties often making other people uncomfortable.

I was taught to accept others while still fighting for the right thing, just like when my mother chased down a woman who criticized my brother for picking his nose to give her a WHAT IS AUTISM business card. He was four.

I watched my mother change her career path, going back to school for special education, and eventually getting her PhD in child development. I understood that fighting for others who were different than us was a core part of Sufism. My father used his engineering background to design a touch-screen computer for kids with autism at a time when touch-screens were just prototypes. Both parents told me how our Sufi master, the head of our order, was the head of a psychiatry department in a major Iranian hospital. So when I decided to pursue neuroscience in seventh grade, it was with this same mentality: This was how I could be in service to others.

I didn’t understand why people were afraid of one another when we were all supposed to work towards unity.

Service is deeply ingrained not only in my family, but also in our religion and spiritual beliefs. It’s one of Sunni Islam’s key beliefs to give alms to the poor. As people who took care of a Sufi center, my parents had our doors open to anyone who would stop in. I grew up volunteering every summer until I was 17. With this all around me, and with my parents’ dedication to families of children with disabilities, how could I not believe deeply in service to others?

That’s why feminism came so naturally to me.

In Sufism, one of the central doctrines is non-judgment of anyone based on their gender, race, religion, or ethnicity. This is grounded in the concept of Divine Unity. If everything is a reflection of the Divine, that means everything. From an early age, then, I was already practicing those values. It never made sense to me that people tried to convert others to their religion, when ultimately we’re not made in God’s image—we’re literally a part of God. I didn’t understand why people were afraid of one another when we were all supposed to work towards unity.

Discrimination and fear came later, as I began to learn the stereotypes people in the US have about others. I learned that I was a terrorist after 9/11 because I was Muslim. I learned that my best friend in high school wasn’t “Black enough” because she was mixed and light-skinned. I learned that my body was worthless because it was fat and covered in dark hair, a combination of genetics and polycystic ovarian syndrome. I learned that being queer was unnatural, that I’m the gender I was born into, and that my mental illness was something I controlled.

The only thing that seemed to fall outside of these categories was Seena’s autism, and how could anyone judge him for that?

It wasn’t until I was actually initiated into Sufism that I put these other pieces together and realized the flawed ideas taught by society. Ultimately, a Sufi’s goal is to lose the nafs, or ego, and experience Divine Unity. That’s why Sufism is called a spiritual path: we are traveling through to shed the world around us. And this, ultimately, means rejecting the fallacies of the world. If we shouldn’t treat Seena any differently because of his disability, then why should I believe my mental illness is something I can control? If projecting our own insecurities is a reflection of the self, then why should I judge someone by the color of their skin or what religion they follow and try to get them to see my point of view?

And why, for that matter, should we be treated differently in the first place?

When I came to feminism, I was very green, understanding that women had historically been treated unfairly through inability to vote, unequal pay, and body centrality that was not directed at men. What I didn’t understand was the doctrines of intersectionality, focusing on how sociopolitical identities come together in systems of oppression. It was understanding how factors like race and gender come together to form injustices that could not be neatly separated from one another made me realize what my calling as a Sufi was.

The idea of Divine Unity is that all of us are literally equal by being a drop in the ocean of God. But everyday life is far from this ideal, and not everyone believes in this idea. I have no desire to convert anyone, but that comes from that basic tenet of tolerance.

I see intersectional feminism as a way to manifest the second Sufi message to “exemplify the highest humanitarian and ethical values.” As an intersectional feminist, I believe that my privilege is real and that I can use it to help others. As an intersectional feminist, I believe it is my duty to believe that there are others who have been oppressed for things outside of their control. They, too, deserve their voices, and it is only through understanding a person's differences that we are able to understand how we are also similar. It’s the old contradiction; through understanding someone’s self, they can understand how they are one with everything around them — in order words, Divine Unity.

As a Sufi, I believe I am on this earth to serve others, and for me, that’s through active intersectional feminism.

If you like this article, please share it! Your clicks keep us alive!
Tags
Islam
sufism
religion
service
feminism
faith
intersectional feminism