Iran Deserves Your Sympathy, Too 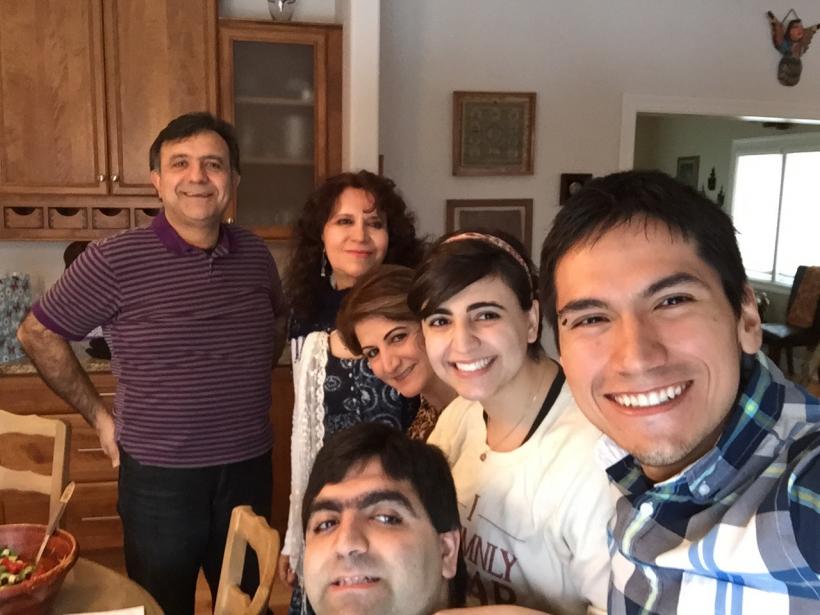 (Photo courtesy of the author.)

People in the United States have generally gotten better at recognizing that not all Muslims are terrorists out to destroy all that is good in this world. That common courtesy doesn’t seem to extend to Iranians, though, despite us being a Muslim-majority country. As time passes, as the news from Iran pours through over social media, more and more non-Iranian people in the US stay silent, watch without pity or compassion. I’ve seen this happen over and over again. When the news came on last June that there had been a bombing in Tehran, my heart plummeted.

Like many Iranian-Americans, I knew exactly what this meant: The West would ignore Iranian pain.

I have been trying to publish this story since last June. Since then, the news coming out of Iran has piled up. Over 500 people were killed and almost 7500 injured in an earthquake in November. There were economic protests in December and January. This later morphed into “White Wednesdays,” where women removed their hijabs due to the law that mandates their presence. And still, the silence I hear over the internet from anyone who isn’t Iranian threatens to suffocate me.

It often feels like the United States — not just as a country, but as people — believes Iran deserves what comes to us.

Trump even applauded the recent protests that resulted in at least 20 deaths and 5000 arrests, but the implicit subtext is that the people of Iran are finally rising up against the system that they created themselves. After the June attacks, the White House basically said as much: "We underscore that states that sponsor terrorism risk falling victim to the evil they promote." A week later, an almost unanimous Senate passed sanctions against Iran, as if to emphasize the White House's point.

Where is the support for Tehran, or Mashhad, or Kermanshah?

I was born and raised in Chicago, but both of my parents grew up in Tehran. For 18 years, I lived in a Nimatullahi Sufi Center, a house of worship for followers of Sufism, a sect of Islam. I was raised knowing three things: I am Muslim; I am Iranian, and I am not like the Americans around me. In our Persian home, priceless rugs sprawling across the rooms, calligraphy of Sufi poems hanging on the walls, I yearned to see the land that my parents had once called home. While my parents tried to become more American, I called up the Iranian inside.

I belong to neither country. Still, I look through my memories and experiences and try to reconcile the two.

When September 11 happened, I saw the targeted hatred of Muslims. Iran was not behind this attack, but I still feared that Iranians would fall back under American disdain. I remember my father hinting at the harassment he'd faced as a college student during the Iran hostage crisis decades ago. I wondered if it would happen again.

Iranians are a romantic people with deep feelings and a deeper history. What is seen as the crux of Muslim evil in the United States is home to the most beautiful poetry both inside and outside the country. (Though Rumi was born in modern-day Afghanistan, he was Persian.) Iran is the source of thousands of years of culture, the root of an empire whose kings did not hold slaves. The Persian Empire was larger than the Roman, connecting areas like India and Central Asia to North Africa and Europe. The people that have descended from it are passionate, fierce, and loving.

Persian, the language of beloved Sufi poet Rumi, with a hundred words to mean different shades of the same thing. Our fingers have weaved carpets more precious than gold. Our food fills the room with aromas of love. But even in the Middle East, we are outsiders.

But in the United States, we are too small even to be considered a minority. It is always Muslims and Arabs, never Persians. Our names are spat with hatred, reminders that our olive skin does not hide who we really are. We are not welcome here, either. The world craves our oil, gold, and saffron, but not our presence.

It feels like to the West, we are Hezbollah. We are the clerics that kill gay journalists and force women to wear roosaris, which they now throw off in defiance , and so suddenly, we matter. We are the ones that allowed the Iranian Revolution to happen, leading to the fanaticism today. Never mind the flood of people in the streets in 2009 in the Green Movement, an attempt to get our voices back and protest the reelection of the president, Mahmoud Ahmadinejad. Never mind that on May 19, in the latest elections, we re-elected a moderate in a landslide, instead of a conservative hard-liner. Never mind that in 2003, the first Muslim woman Nobel Peace laureate was one of us, or that in 2014, the world’s most prestigious math prize went to an Iranian. Never mind that Iranians speak up about what happens in our country and love it anyway. We do not ignore our problems.

Still, the words of the White House echoes in my ears: "We underscore that states that sponsor terrorism risk falling victim to the evil they promote."

It felt like to the United States, we deserved to be bombed last June, that our protests are just inevitable as we learn to regret the Revolution. It felt like to the United States, we reaped what we sowed: It is our own fault that we were targeted. But ISIS chose us as a message, telling the world that not even supposed "supporters" are safe from them. ISIS tried to destabilize the government by attacking the parliament and demoralize the people by attacking the tomb of the leader of the Iranian Revolution. And even today, Iran isn’t safe.

While conservative Republicans throw around that Iran and ISIS are intricately linked, ISIS hates us, too. Iran is full of Shia Muslims, while most of the Middle East is not. To Iran, ISIS draws its power from Saudi Arabia, a fierce competitor for the Persian Gulf. Iran was key to stabilizing Iraq, a vital buffer against the Saudis, and it defied ISIS by pushing them back from a supposed buffer zone. Of course, ISIS targets Iran. ISIS and Iran are competing for dominance in the Middle East. All of this is just a power struggle, a fight in which the United States has meddled.

But it feels like standing against American interests in the Middle East is a sign of terror here in the United States. It's enough to sanction us, alongside Russia. It's so abominable that even the loss of lives from a common enemy isn't seen as worthy of sympathy.

I had hoped for more from the people on the ground. After all, people come together in ways that governments do not. I can't count the times I saw "my thoughts and prayers" for victims of Orlando, Manchester, Paris, London. I sent mine, too. Everyone deserves the love and support of the rest of the world. Every victim deserves to be comforted. And the bombing in Tehran is as devastating as any Paris or Portland: 46 injured, 12 killed. Just as we name those who died in Manchester, we should honor those that died in Tehran, and also those that died in Mashhad after the recent protests and in Kermanshah after the earthquakes.

This is Iran: its rich history, its warm people. Persian, the language of beloved Sufi poet Rumi, with a hundred words to mean different shades of the same thing. Our fingers have weaved carpets more precious than gold. Our food fills the room with aromas of love. But even in the Middle East, we are outsiders.

How desperately we crave the love of the world, but especially of America. Even when we beg for sympathy, we are met with scorn. How can we expect a handshake in happy times if we're ignored when we're grieving? How many more of us have to die before we’re seen as people?

America, we beg you to see us.

We beg you to try to glance in our direction with something other than disgust. We crave your love, but you don't even see us as worthy of your hatred, lest we think ourselves unique. America, we are people too. We love as you do. We bleed like everyone else. When we're dead, see us as more than just a pile of bodies. See us for who we are, not who you assume you see.

If you like this article, please share it! Your clicks keep us alive!
Tags
Iran
Islamic Revolution
family
support
Persian