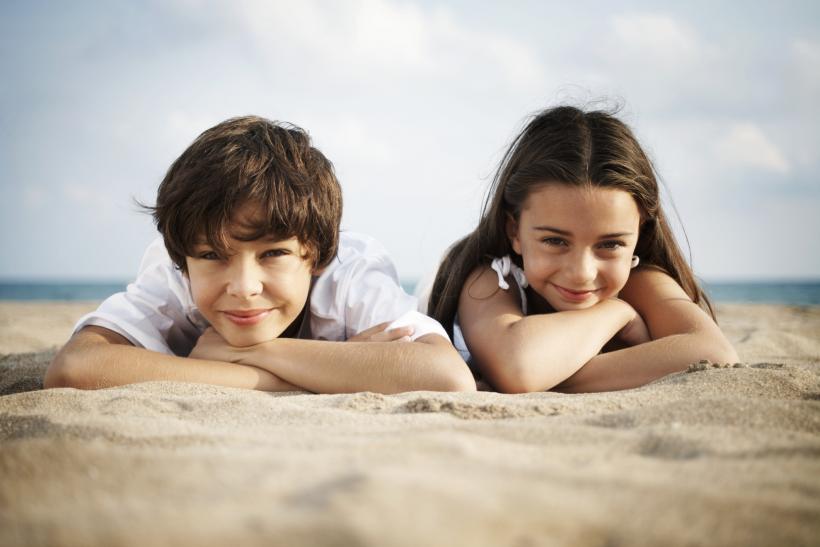 While these five tips may seem like simple, everyday things, they go a long way to make sure kids know they're supported and able to make choices that work for them their entire life.

There’s no doubt that our children are growing up in a different world than we did. While there are some things that I will still always feel the need to shield my kids from, I think it’s amazing that they are growing up during a time where gay marriage and adoption happens on a regular basis, and that we live in a society that is so much more accepting of the transgender community. I so firmly believe that everyone should have the freedom to truly be who they are, without limits, and it’s important to me to raise kids who are open and accepting of that, too.

1. Not differentiating between “boy” or “girl” toys, right from the start.

My daughter, who is only eight months old, plays with her older brother’s Skylanders and stuffed animals all day long. In fact, at this age there is no reason to really buy any toys at all, because they will pretty much turn everything into a toy. But the takeaway here is that right from the start, we are letting her make her own decisions about the toys that she chooses. We buy baby things in all different colors and veer away from stereotypical pinks for a girl. As she gets older, this will further encourage her to make choices that work best for her — not based on if something is for a girl or a boy.

This is a big one with my older son, who is eight. For example, we would never force him to play football or baseball because it’s something that boys typically do. He’s allowed to avoid those stereotypes, and if he wants to take dance, he most certainly can — but it’s his choice.

3. Allowing them to have their own identity.

Support, support, support is such a big one that I had to say it three times. From the beginning, it’s so important that kids are supported to make their own choices and be who they are. It can be tough sometimes, because for us, we live in an area where there are certain activities that boys or girls in his age group are “supposed” to be doing. We don’t force him into anything that he doesn’t want to do, and we make sure he’s encouraged to try things that interest him most.

4. Encouraging them to choose clothes and toys from whichever department they like.

There was a big light shined on this concept a few years ago when Target announced they were merging the boy and girls toy section, and more recently when actress Zoe Saldana shared that she lets her twin boys shop in the girls department. There is nothing wrong with either of these things and it helps children even more so to form their own identity based on their likes and dislikes — not where the store signs are telling them they are supposed to be shopping from.

5. Teaching them just how important diversity is.

Living in New York City, we’re exposed to so much diversity on a daily basis, and we try our hardest to use those as teaching moments. There are often times when our son will have questions about the way he sees a person dressed or acting, and turn to us for the answers. Unless it’s something inappropriate happening, we try to enforce the fact that we live in an amazing world where people have the freedom to be different. And that’s pretty awesome to us.

While these may seem like simple, everyday things, they go a long way to make sure kids know they're supported and able to make choices that work for them their entire life.