How Breaking My Jaw Changed My Relationship With Food 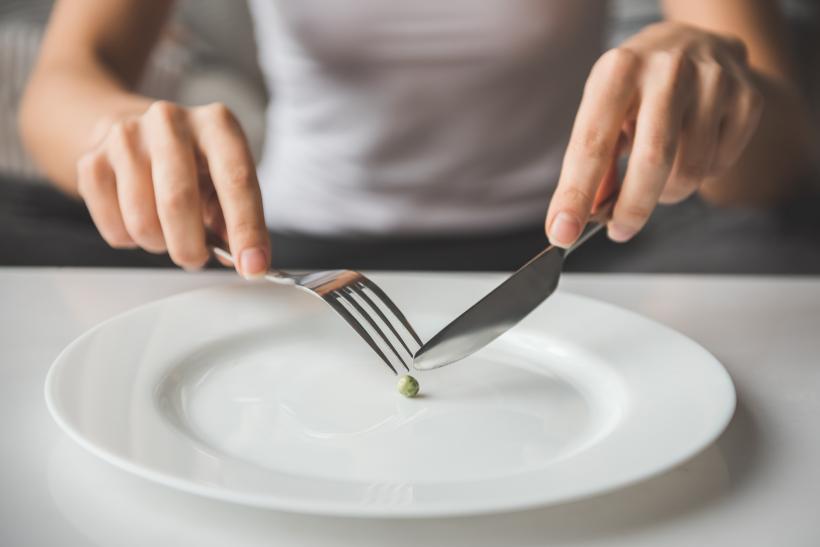 I had to change my relationship with food.

For as long as I can remember, I’ve had an issue with binge eating.

Roughly once a week, I consumed huge quantities of food, usually sweets or chips. It felt like I had no control. I couldn’t buy a box of cookies without eating the whole thing in one sitting. Once I got started, I couldn’t stop until I felt sick. It was definitely a coping mechanism for my anxiety. But it actually made the anxiety worse. As soon as I finished the last bite, guilt and shame would set in. Most people are surprised to hear my story because I’ve always been thin. But at my worst point, I gained 15 pounds in just two months and then ate 800-1200 calories a day until I burned it off.

It seemed I tried everything to get rid of this mortifying habit. I went to therapy, read blogs by other sufferers, and tried mindfulness.

Nothing worked for very long. Whenever I was on vacation, I could control it. I could eat anything I wanted and stop when I was full.

But as soon as I came back to the real world, my day-to-day anxiety came back — and, as a result, so did the bingeing.

This year, I found out that I needed two of my wisdom teeth removed. Without any form of dental insurance, I made the short journey down from San Diego to Tijuana, where the procedure was much cheaper. The process was much more painful than I remembered from my prior wisdom tooth experience. My jaw was killing me from being forced open for so long!

It wasn’t until I got home that I realized how bad it was. I couldn’t swallow anything (even water), without feeling excruciating pain. I finally decided to see a local dentist. He assured me that the pain was a normal part of the healing process. But when it hadn’t gone away after two weeks and I was steadily dropping weight, he suggested I see a specialist.

It was impossible to binge, both because I would get too full and because not being able to chew took away much of the enjoyment. I had to find other ways to deal with anxiety.

As soon as I saw the x-ray, I knew it was bad. I didn’t need an expert to tell me that my jaw was broken. I was referred to the ER, where I was admitted and spent two days awaiting jaw surgery. The surgeon casually mentioned that my jaw would be completely wired shut for 6 weeks.

In my morphine fog, I didn’t grasp how much this would affect my life. I quickly learned it meant no exercise, no social life, talking through clenched teeth, and all my food had to pass through the blender — including oatmeal!

Apart from my nightly ice cream, eating became a chore. I had to make sure that I got enough calories and protein in order to heal. It wasn’t about taste; it was about necessity. When my doctor complained that I was losing too much weight, I had to resort to putting potatoes and olive oil in my smoothies.

It was impossible to binge, both because I would get too full and because not being able to chew took away much of the enjoyment. I had to find other ways to deal with anxiety. And, being stuck home all day, there was a lot of anxiety. I started throwing myself into projects, like fixing my computer and crafting. I also started cleaning when I felt too restless to sit still.

These are all activities I could have started doing at any time, but it was always easier and more tempting to binge instead.

It took a broken jaw and social isolation for me to rediscover normal self-care habits.

After a long six weeks, my doctor cut the wires off. He told me I could slowly start adding soft, solid foods back into my diet. I expected to go crazy and start binging on pasta and bread. I was thoroughly surprised to find that I didn’t need to. I was enjoying and savoring every bite so much. It was enough. I was satisfied.

It’s been a few weeks now since I began eating solid foods again and I haven’t binged. I eat my “trigger foods” on a regular basis and a normal, healthy portion is enough. I’m enjoying food more than I ever thought possible. More importantly, I’m enjoying it for the taste instead of the comfort. I used to think that moderation wasn’t for me. I had to limit what foods I could eat so that I wouldn’t binge. Happiness expert Gretchen Rubin theorizes that there are two types of people: moderators and abstainers.

I thought that I was an abstainer. I couldn’t have good things in the house or I would lose control. I’m proud to say that I currently have a chocolate bar in the cabinet, one that I’m saving for a moment when I can truly enjoy it. When I get anxious, I turn to my new hobbies instead of food.

In a weird way, that chocolate bar serves as a reminder that I now have better coping mechanisms in my arsenal.

In all honesty, it hasn’t been that long. Binge eating will be a lifelong fight, but I’m grateful for this learning experience. Obviously, jaw surgery wasn’t fun, but I’m glad I got something useful out of it. I know I will likely resort to the temptation of the binge many more times in my life. Yet, I also know the resources I have to fight against it. There are other things I can do for “me time” than sit in front of the TV with two boxes of cookies. When I want a treat, I can have it, but I’m going to eat it slowly and with intent.

If you like this article, please share it! Your clicks keep us alive!
Tags
weight loss
binge eating
eating disorder
bodies
health
bingeing

How Breaking My Jaw Changed My Relationship With Food
Danielle Harrison