5 Ways Your Kids May Be Trying To Destroy You 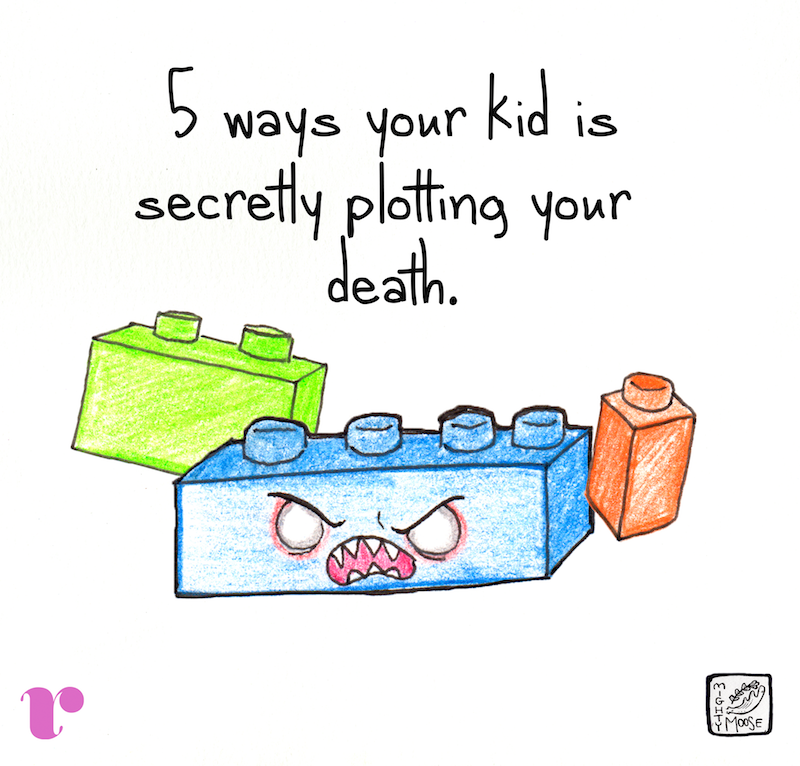 Having kids just seems so simple. I mean, before you actually have kids.

Once you are in charge of one (or possibly several) human lives, things start to get serious. What seemed like it might be a super fun adventure is suddenly exhausting, terrifying, and sometimes downright dangerous.

I’ve often told my 19-year-old son, Sean, that I was pretty sure one of us wasn’t going to make it out of his childhood alive. I’d rather bathe in blood and swim with a great white, than do that again. There was crying. There were tantrums. There were many late nights spent sitting up in a wooden rocking chair, praying for the sweet release of death. There were many early mornings that my alarm clock was his relentless screaming, “I WANT CHOCOLATE MILK.”

I will forever associate Ovaltine with my own personal 5 AM hell.

There are so many ways kids try to destroy you.

Here are 5 of my personal (not so much) favorites:

If it’s not Hot Wheels, it’s Legos. If it’s not Legos, it’s Shopkins, or marbles, or something equally difficult to see/easy to trip over.

It’s usually Legos. They are usually on the stairs.

These kids want me to break my hip, which won’t be hard because being pregnant six times sucked every ounce of calcium from my brittle old-lady bones.

2. Waking up every hour.

Maybe your kids didn't do this. But I have five, and 4/5 of them woke up hourly for the first several months, if not years, of their lives.

No one told them that sleep deprivation kills.

It didn’t kill me, though. It also didn’t teach me any lessons, because I kept procreating.

Also, if you're wondering who the favorite is? I don't pick favorites.

You might also like: How To Get Your Toddler To Sleep In Their Own Bed: A Step-By-Step Guide

3. Trying to kill each other.

Yesterday my 5-and 6-year-old children were trying to viciously murder each other with a Lego, in a fight OVER a Lego.

After I yelled (regretfully), I threw a box of Qwirkle pieces right in the mother-effin air because apparently I want CPS to arrest me for child abuse. 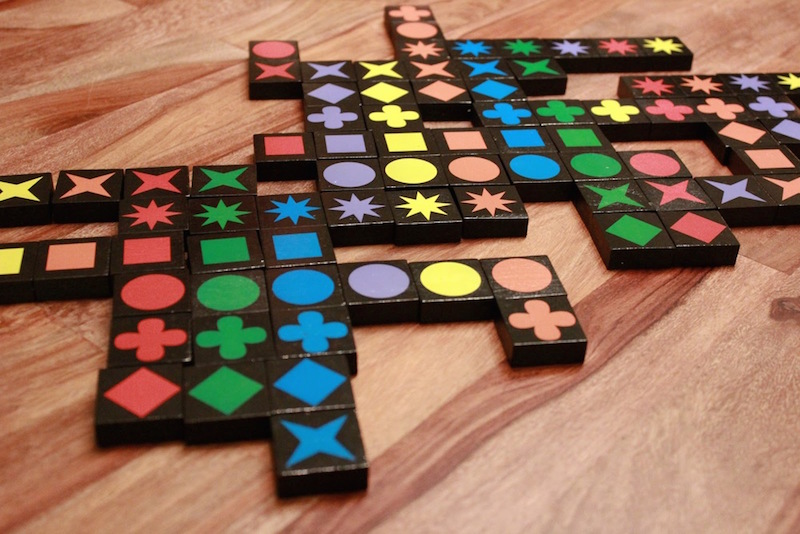 It did not look like this once it was all over the floor.

4. Asking one hundred thousand questions to which you do not know the answer.

No. I do not know when the sun will burn out. I do not know how a carburetor works. I do not have any idea if dogs are bilingual (but I do think German Shepherds speak German.)

Nothing like your five-year-old reminding you that four years of undergrad and that master's degree in English was a fat waste of a hundred grand in student loans that you'll be paying off until you turn 90, or die, whichever comes first.

5. Refusing food that you have spent several hours making.

They don’t even have to taste the food. For all they know, broccoli might taste like a cupcake. Doesn’t matter. It looks like a plant. The sight of a potentially healthy vegetable, or bread that hasn’t been cut into perfectly equilateral triangles with thoroughly melted butter and an ever 1/4 inch layer of seedless jam, is enough to send them into a fit of hysteria, which is enough the send me into a fit of throwing Qwirkle pieces all over the family room.

Which is enough to get CPS involved.

If you like this article, please share it! Your clicks keep us alive!
Tags
Kids
parenting
toddlers
sleep
motherhood
tantrums
Food