Take The Cake: These 8 Photos Of My Double Chin Helped Me Dump High-Angle Photos Forever 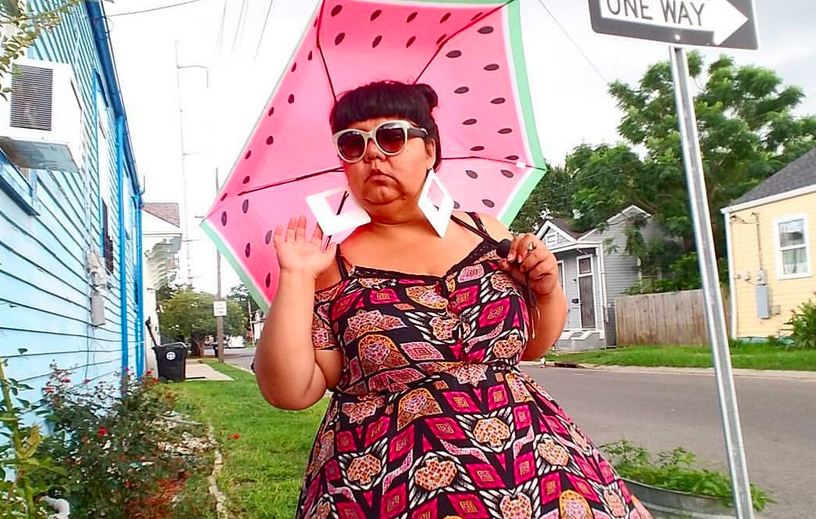 When it’s time to take group photos someone almost always seems to suggest that we take a photo from above, facing downward. And the idea behind this is simple: avoiding looking like you have a double chin. There’s good reason we’re afraid of our double chins. We live in a culture that is openly hateful toward fat people. Friends, family and social media reward us for appearing as close to the (thin) standard as possible in photographs. I understand the impetus completely. Until recently, I was still kind of lingering ambivalently in the high-angle zone myself.

About a year ago I took a big leap, though: I decided to stop taking high-angle photos once and for all. And honestly it changed my life in some small but important ways. I’m here to make the case for just saying not to that high-angle photo.

Teen Vogue reported in 2017 that the average number of selfies taken by a person born after 1980 over a lifetime is expected to be 25,000. 25,000! In the current high-angle paradigm, that’s 25,000 moments of feeling kinda crappy about your totally-fine face.

I hadn’t totally realized the impact of my own fatphobic selfie practice until mid-2017. I began having my photo taken more frequently by others because I was doing more speaking engagements than ever. My anxiety about not being able to control the end product was getting out of hand.

I had accepted the high-angle paradigm and actively chose to look “less fat” in pictures because I thought the reward - getting to have an image of me that made me feel like less of a female failure and outsider – was worth it. Maybe I didn’t feel “normal” most of the time in my fat body, but I could pretend that I wasn’t living in a despised body for a moment when I saw that manipulated image of myself. I see media every day that confirms to me that my double chin is a sign of ugliness. Of course, this has affected how I think of my precious, glorious face – and my body overall.

I realized I had hit a crossroads: I could attempt to curate every single one of the photos of me that were being taken, or I could surrender entirely to the reality that my body (and, yes, my chins) is actually totally goddamn fine. After careful cost-benefit analysis I landed on the second option.

It was hard to let go of control at first, but it didn’t take long before I was able to be fairly present and undaunted by the prospect of being in photos exactly as I happened to appear when the photo was taken.

There are eight photos in particular that really had an impact on my new policy. Each one of them represents an important and memorable moment for me, and I realized I wanted the photos to record exactly how I looked and felt in those moments – double chin and all. Our face expresses important feelings of joy and pride, and I was done tempering those expressions in the name of passing as a smaller person:

Feeling magical at Jumbo Rocks in Joshua Tree, one of my favorite places in the world 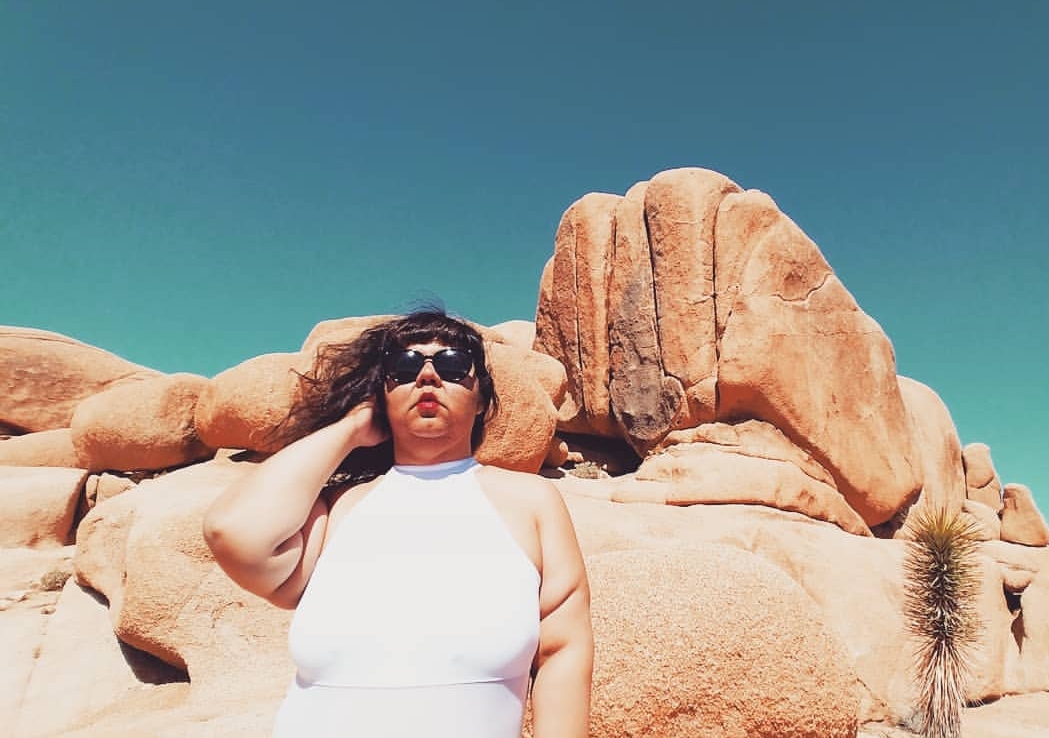 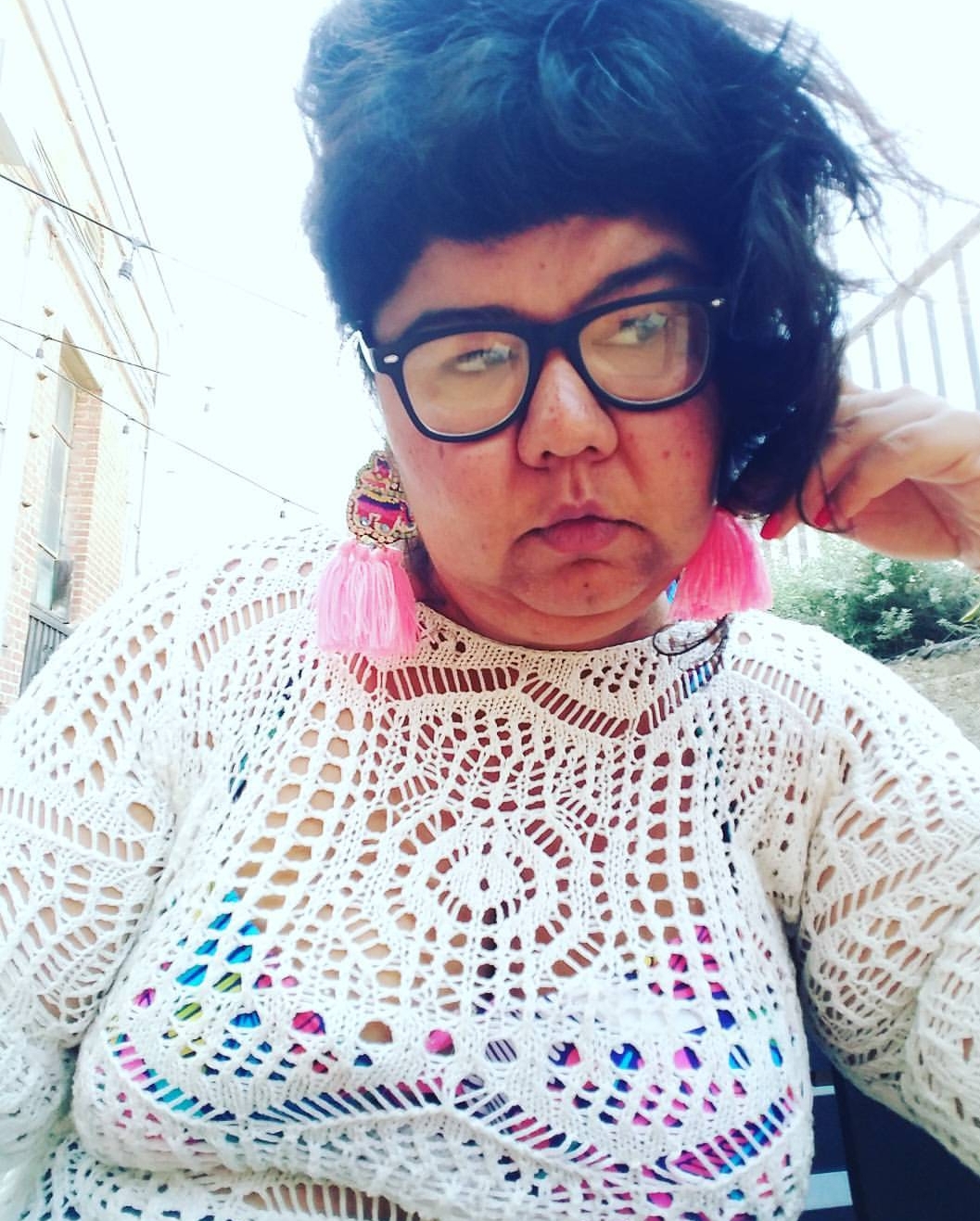 Feeling alignment and relief after I pulled over in the Tillamook National Forest in Oregon on my way to the Tillamook Cheese Factory, stripped down and cooled off by this magical lake 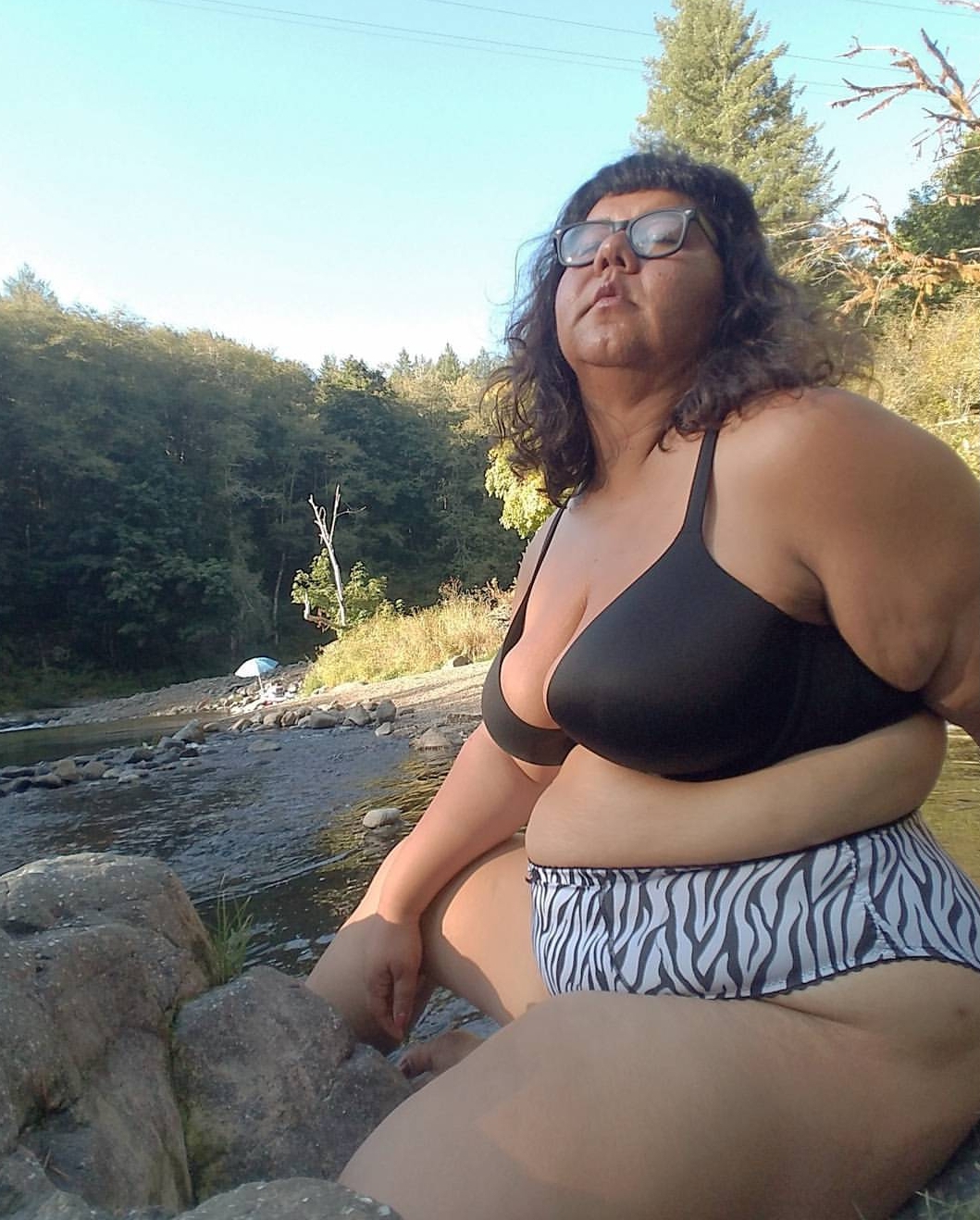 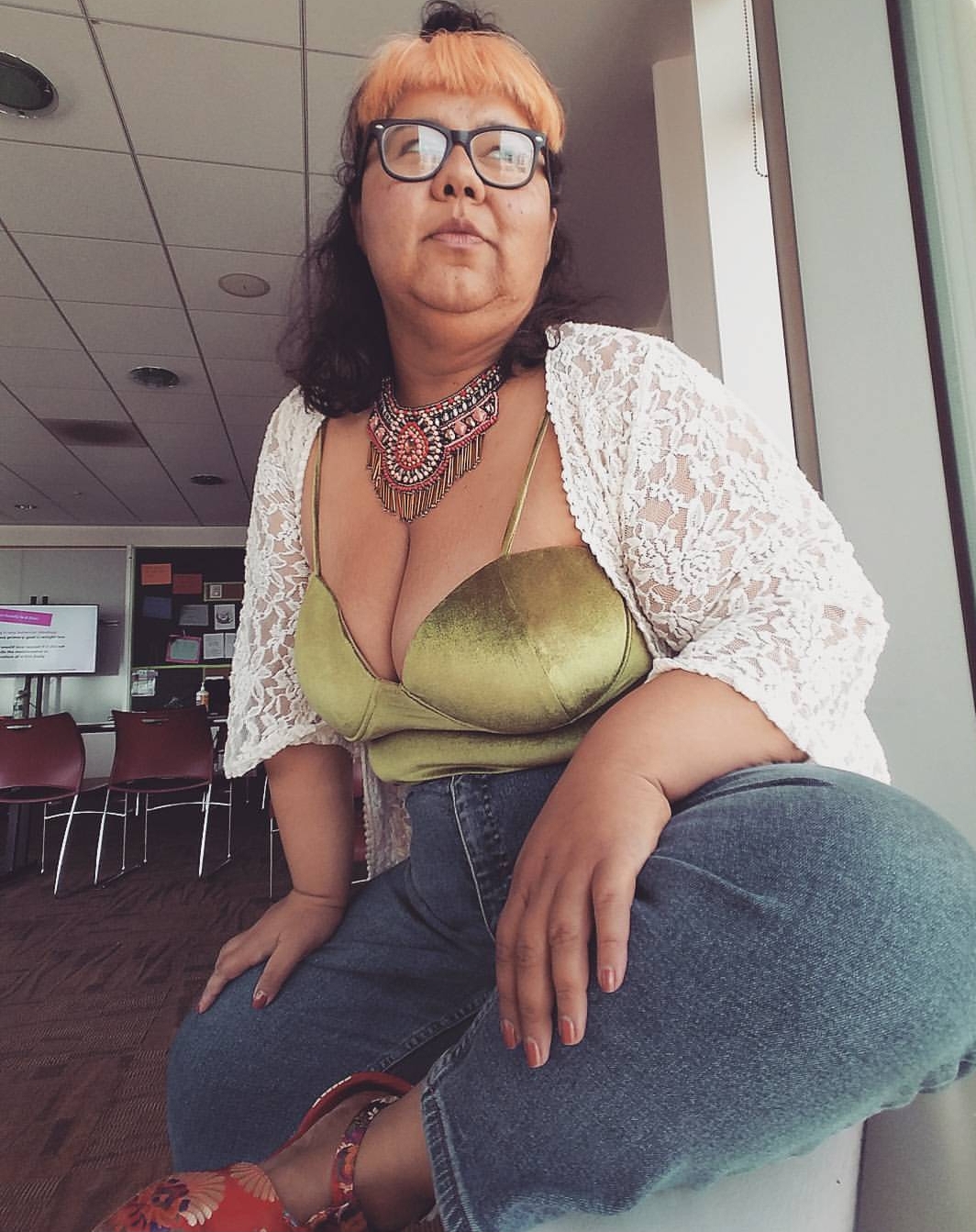 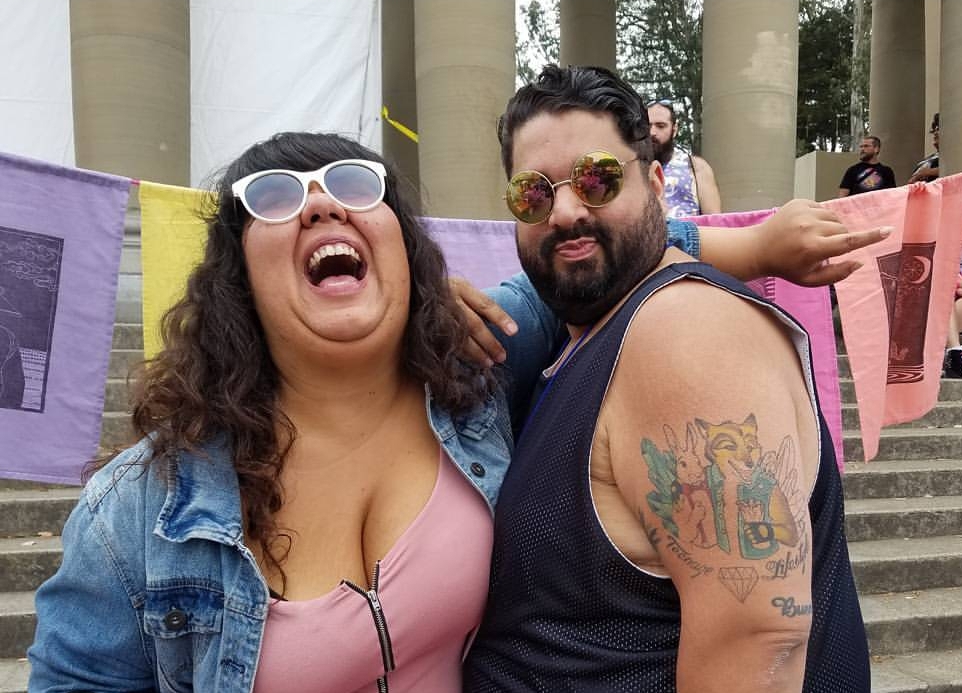 Feeling power while standing outside my friends’ house as I head out to explore one of my favorite cities in the world, New Orleans, on a hot and wet day 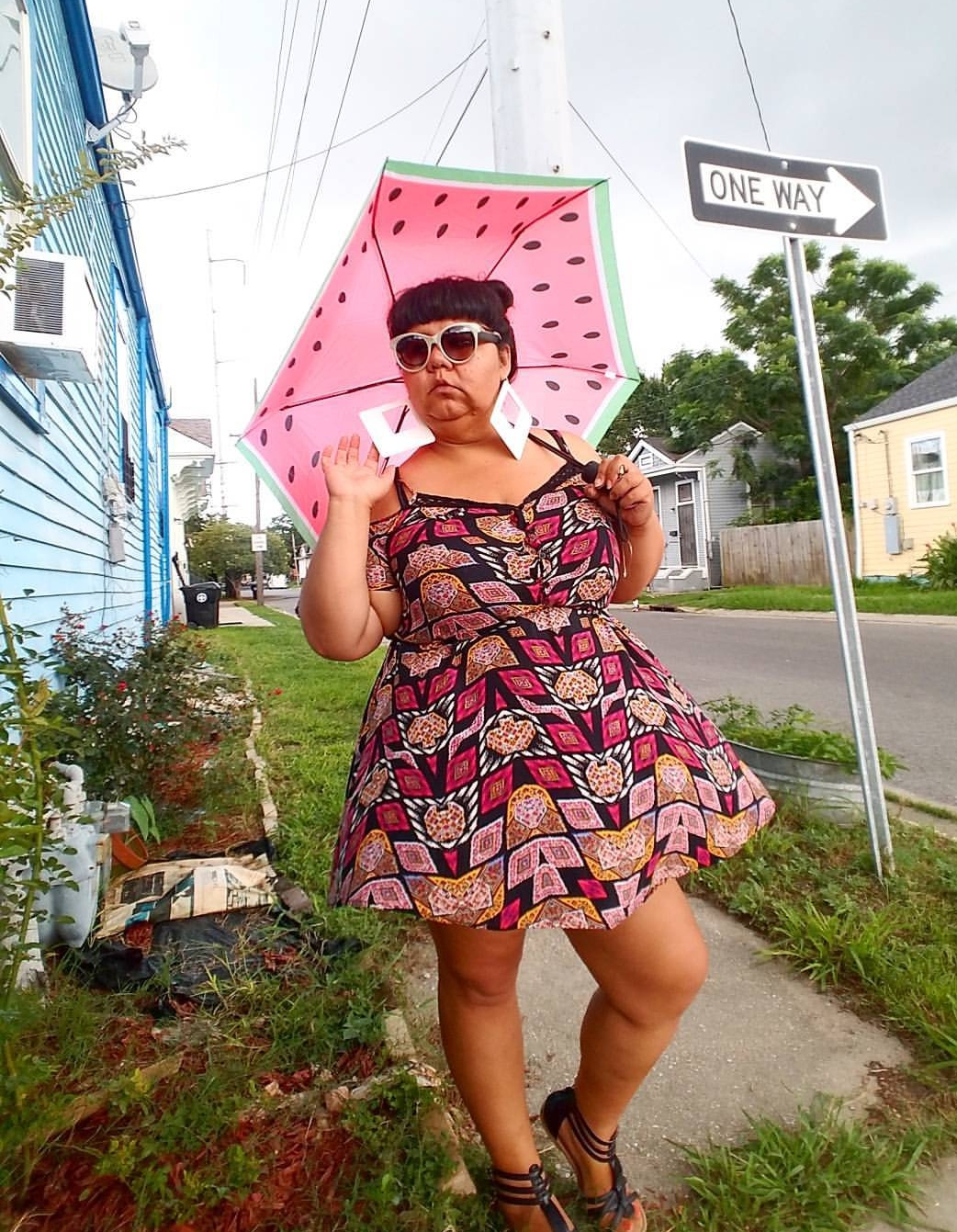 Feeling the nerdy excitement of fulfilling one of my ulto dreams: eating breakfast inside one of the spots where Twin Peaks was filmed, Twede’s Cafe in North Bend, Washington 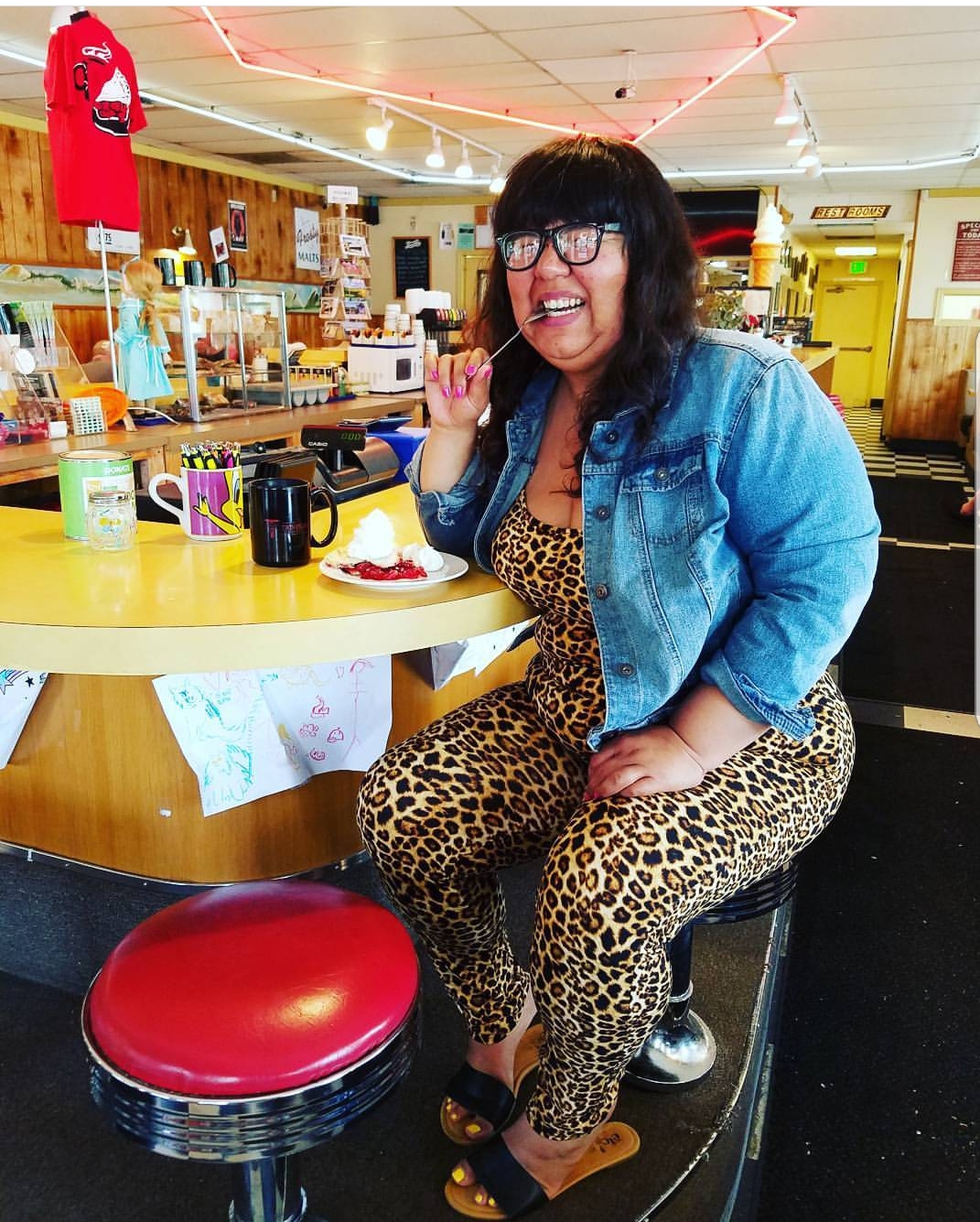 The picture that started it all. Feeling myself out on my stoop wearing a body suit I got at Plus Bus, LA 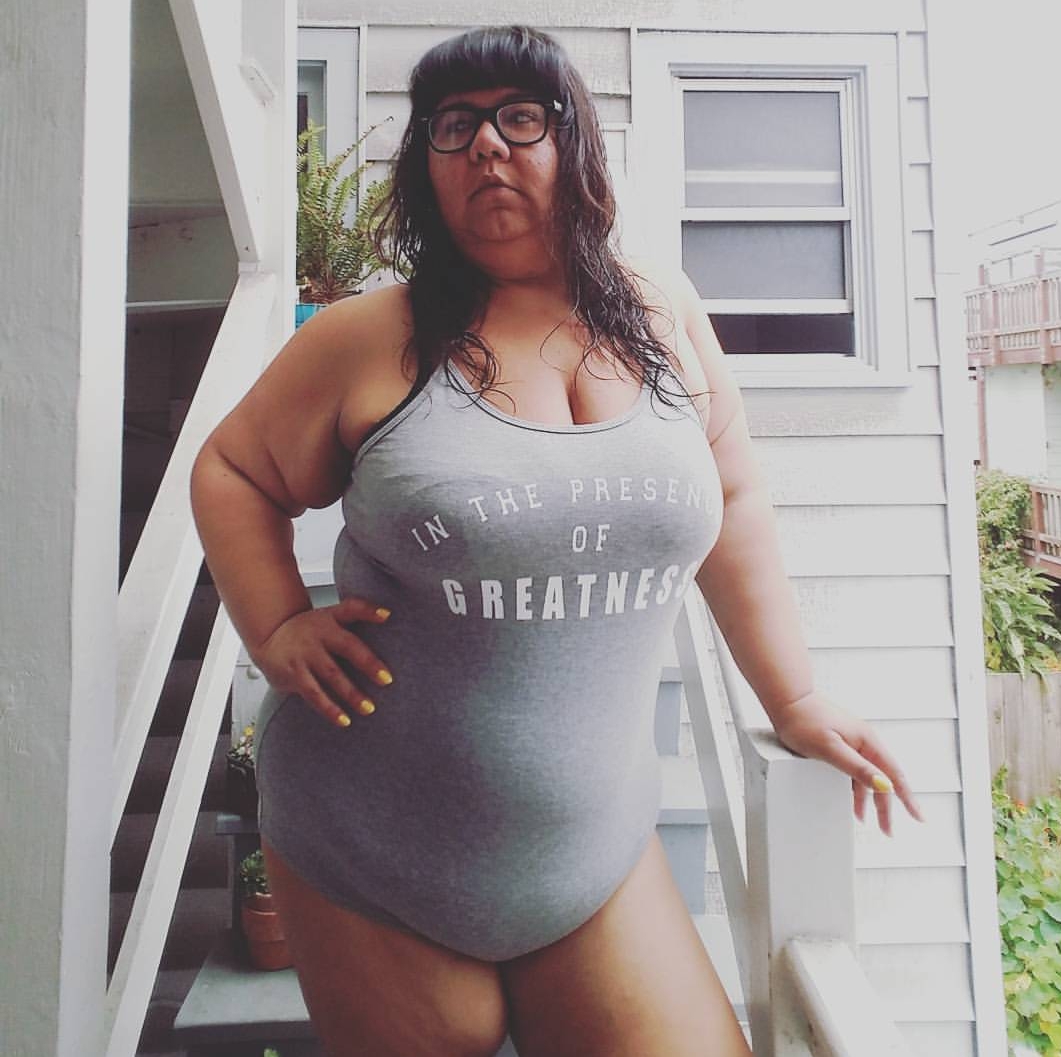 My decision to stop taking high-angle photos did a lot of unexpected things. Since my decision to intentionally leave behind high-angle photos, that little bit of anxiety that had come with every photo is gone. And I take my anxiety reduction where I can get it, girl! Accepting my double chin actually made me fonder of it – and helped me be more embodied in my everyday (not photographed) life.

It’s important to recognize the power of choosing not to participate in something that is ultimately about erasing you as you actually exist and that is, at its core, about promoting fatphobia. When we passively accept the status quo (just like I was doing), we give up an important opportunity to bring this small (but, for many of us, daily) act in service to our healing.

I thought that the flurry of pain and anxiety around what I was doing was worth that temporary feeling that I could pass as possessing a face that my culture told me was better than my own. This is what discrimination and stigma does all the time – it pits us against ourselves with the illusive promise of momentary relief. But the relief is never lasting, and it comes at the price of dignity and disembodiment.

No one should feel pressure to adopt a policy on selfies or photos that doesn’t feel right for them, but if you’re teetering on the fence about it I’d like to encourage you to take the leap into self(ie) acceptance.