When Fat People Clap Back At Fatphobes 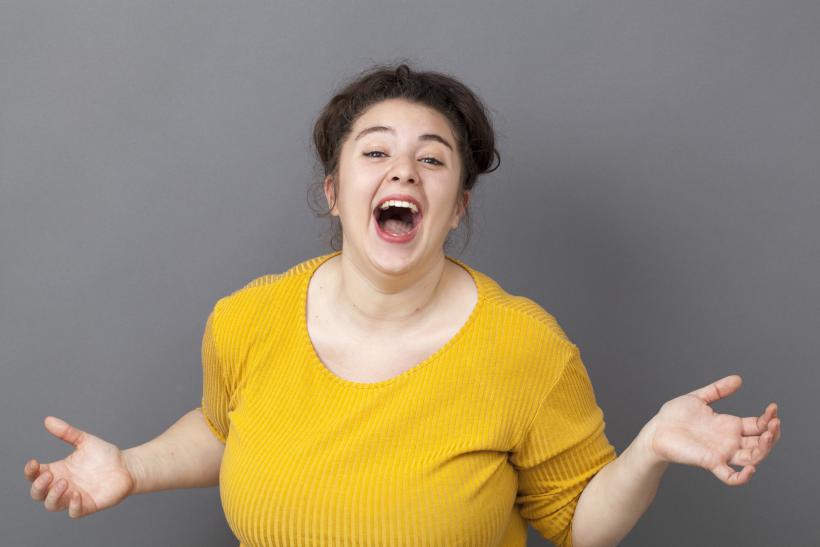 The only person who gets to decide the right way to deal with fat shaming is the person being fat shamed.

19-year-old Vega Blossom was food shamed as she waited in line to buy cupcakes behind a particularly slow customer while the person behind her loudly complained. As Vega stepped up to the counter to make her purchase, she heard the woman behind her say, “Thank god, now let’s hope this fat bitch doesn’t buy all the cupcakes.”

In an epic move, Blossom decided to clap back — by buying all the cupcakes in the store.

“Hopefully, this was a lesson in treating others kindly and maybe a lesson in karma as well,” Blossom said.

Food shaming as a form of fat shaming has happened to every fat person I know, including me. Fatphobes comment on our food at a restaurant, our snacks at work, and our grocery carts — even though they are often at the same place eating/buying the same food. When this happens to us we usually think of the perfect thing to say — ten minutes after the situation is over. Sometimes this is done on a grand scale.

Remember when Geoffrey Miller, an Associate Professor of Evolutionary Psychology (and member of several college admission committees) tweeted out “Dear Obese PhD applicants: if you didn’t have the willpower to stop eating carbs, you won’t have the willpower to do a dissertation #truth”? (Pro tip — this is not even close to #truth, let alone truth, but the fact that fatphobes sit on admission committees can and does stop fat people’s progress in academia.) Well, in response the always brilliant Cat Pausé started Fuck Yeah! Fat PhDs, which now has 18 glorious pages celebrating amazing people and showing just how wrong old Geoffrey is.

Here are some more examples of fatphobia — and excellent clap-backs from fed-up folks:

“I went to see an orthopedic specialist about a rotator cuff injury. As soon as he walked in he asked, ‘Have you ever considered gastric bypass surgery to lose weight?’ My response: ‘With all due respect I don't walk on my hands so what does my weight have to do with my shoulder? Besides I prefer that my insides remain as God made them.’” — Emily

“Before I gave up the gym as not worth the hassle, I had an older woman come up to me while I was on the bike. She put her hand on my shoulder and said ‘don’t worry honey, you’ll get there.’ I said ‘bless your heart, this is a stationary bike. Where do you think I’m going?’” — AJ

“For inspiration, my doctor told me about a patient who lost 100 lbs and exercises four hours a day to maintain the weight loss. I replied, ‘Well that's not going to happen. That's eating disorder behavior.’ I'm a therapist who treats ED.” — KB

“I was walking to a down escalator at work and there was a rail-thin elderly woman at the top of the up escalator. She was giving me the very expressive look of up-and-down disdain, so I smiled warmly at her. As we both hit the landing, my smile emboldened her to say ‘If you want to be like me...’ ‘I don’t’ I said, brightly and loudly and sailed down the escalator.” — LR

You Might Also Like: Why Is It So Hard For Me To Ask For More As A Fat Person?

“Years ago I did a 5k race. I was sitting at the awards ceremony next to an elderly gentleman. During awards, he decided to helpfully point out to me that what all the first place winners had in common was that they were all thin. He stepped away for a minute and then returned and said, ‘I didn't miss YOU getting a medal, now did I?’ Yuk yuk yuk. I just said, ‘not yet.’ At that moment my name was called. I had gotten first in my age group. I walked back and waved the medal right in his face.” — NH

“I was doing laps at the gym pool, two men were hanging around at the end of the pool a few lanes over. As I climbed out one of them told the other, in Arabic, something about not knowing they let elephants swim at the gym. I picked up my towel and while drying off told him, in Arabic, that I was sure his mother would be proud of him if she knew he was not only ogling women at the pool but insulting them as well. Just as well he wasn't swimming since he seemed to be having a lot of trouble breathing just then.” — KH

“Before I gave up the gym as not worth the hassle, I had an older woman come up to me while I was on the bike. She put her hand on my shoulder and said ‘don’t worry honey, you’ll get there.’ I said ‘bless your heart, this is a stationary bike. Where do you think I’m going?’” — AJ

“My friend and I were at dinner and as we left, there was a car in the parking lot with one of those ‘No Fat Chicks’ stickers on the bumper. She and I rubbed our WHOLE bodies up against the car and then left a note on the windshield that said ‘Two superfat women rubbed their fat asses ALL OVER YOUR CAR and we liked it. Enjoy that thought for the rest of your day. Douchebags’ It comes up in my Facebook feed every year and it never fails to make me giggle.” — Emily

“Someone once said something insensitive about my weight/size, so I ate their stash of gummy candies and replaced them with a bag of gummy dicks. Bag o' dicks.” — ZH

Hopefully this has given you some inspiration. Remember that the only person who gets to decide the right way to deal with fat shaming is the person being fat shamed.

There are many ways to deal with this and all of them are valid. More to the point, none of them should be necessary since fat shaming shouldn’t happen in the first place. Whatever you choose to do, remember that the problem is always fat shaming and never fat people.

If you like this article, please share it! Your clicks keep us alive!
Tags
fat people
clap back
fatphobes
fatphobia
Ragen Chastain