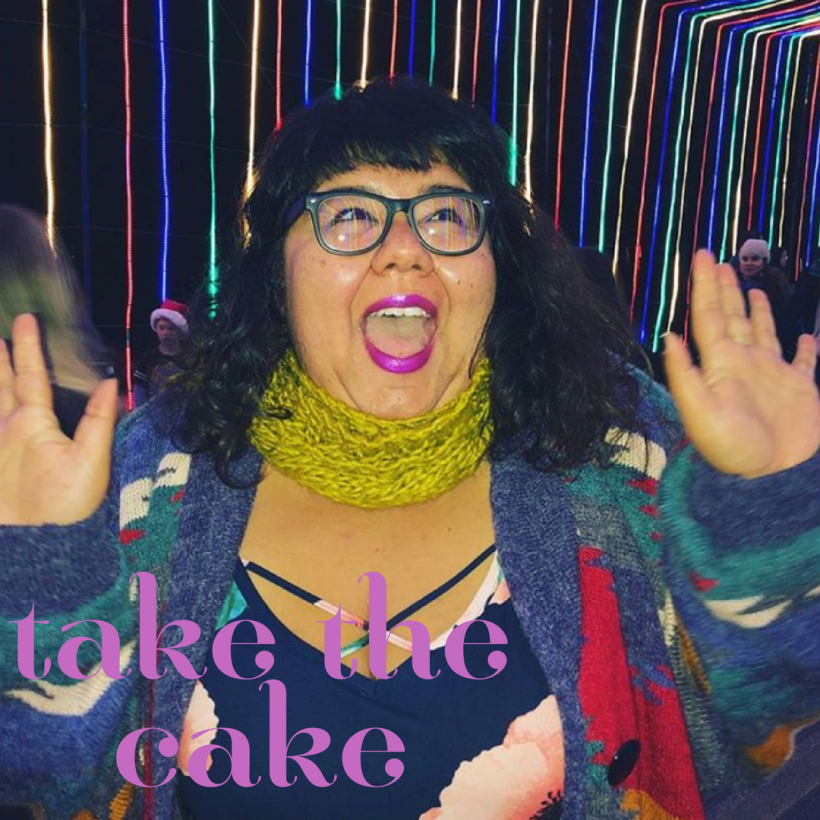 Sometimes you wake up and find that someone named Miriam Hinds sent you a hateful email at 7:32am. The email was ominously entitled “Truth.” It got straight to the point:

“You are repulsive, Revolting, Deathfat and ugly…”

You may be surprised to learn that I didn’t keep reading. Miriam, heretofore referred to as just Mim (since, you know, we’re close now), was clearly having a rough day. It’s weird getting an email like this. There’s the initial stomach drop that comes with any human hurling hateful words like this at me. But then shock and disappointment dissolve into the recognition that I’m dealing with a bigot.

For a really, really long time I was convinced that I was ugly because I was fat. I was sure that the problems I faced - loneliness, self-loathing, a sense of inferiority, anxiety, and the feeling that I didn’t fit in — could be fixed if I was just pretty. Pretty and thin felt synonymous, and so I endeavored to become pretty by committing myself to weight loss. I invested all the resources I had into this pursuit. I was like many women who believe that pretty is the rent we pay in order to exist.

The problem with this approach is that I wasn’t seeing the big picture. Fat women are told all the time about how "pretty" we could be if we were just smaller. We fundamentally equate beauty with access — to full humanity, to happiness, to love. However, fatphobia isn’t about whether I’m pretty or not, or whether people want to sleep with me or date me or not. Fatphobia is about controlling the lives of one population of people in order to maintain social control over all people.

The truth is that Mim’s behavior has nothing to do with what I look like. “Ugly” is just gendered language she is invoking to scare me into conforming to the social expectations that have been set up for me as a woman. In our sexist culture — where women are second class citizens who have been taught to barter our bodies for access to romantic proximity to men (which we have been taught is the same as love) and a deeply underwhelming set of rituals that don’t actually fulfill us but are touted as the path to happiness – telling a woman she’s “ugly” is tantamount to telling her she is worthless to her culture.

Mim didn’t send me hate mail because she personally doesn’t want to date me or see me featured in a 2018 desk calendar where each month I eat a new amazing dessert while holding a different chihuahua. No, she sent me hate mail because I represent a threat to the way she thinks the world is supposed to work. She sent me this email because my ferociously unabashed fat babe existence represents the terrifying and very real possibility of change. And if she’s BFFs with the current paradigm then she should be afraid because I do want to change the culture.

I want to change the way that women are treated.

I want to change the way women are allowed to envision our lives.

And I definitely want to see a world where people responsibly self-resolve their anxieties rather than acting like a goddamn sociopath on the internet.

And, yes, when the culture shifts there is a real threat that the investments that people have made in the status quo could be rendered worthless. For some, the fear of loss is greater than the desire for something better and more equitable.

It’s important to recognize that people perpetrate hate in an adaptive way. Depending on the gender, race and sexuality of the person who is creating a sense of threat, the language used to enforce conformity shifts. Fatphobia morphs into a conversation about looks because fatphobia targets women. The bigotry is masked through this gendered decoy.

You might ask: Why is it important to understand that fatphobia isn’t about looks?

First, if we fundamentally understand and accept that fatphobia is ALWAYS a form of bigotry we are better equipped to recognize that hateful behavior is the responsibility of the perpetrator, not the victim. When someone attacks you because of what you look like they are being a bigot. Don’t be fooled by decoys or red herrings.

Second, living our lives in fear of bigots always leads to us being bigger victims of bigotry. This is the ultimate trap! We become submissive to bigoted ideologies and this keeps us committed and locked into the very thing that was hurting us in the first place.

And, finally, when you know what you’re actually dealing with you can be more grounded in your approach. Be honest with yourself about what the Mims of the world are really trying to do – keep you in your place by any means necessary so that they never have to feel uncomfortable. Are you gonna put up with that? I’m certainly not.

Though Mim and I probably won’t be shopping for neon pink pencil skirts anytime soon, I want you to know that I will be dedicating my next brazen display of VBO to her and anyone else who thinks they can use my body against me.

If you like this article, please share it! Your clicks keep us alive!
Tags
fat
fatphobia
Virgie Tovar
trolls
hatemail