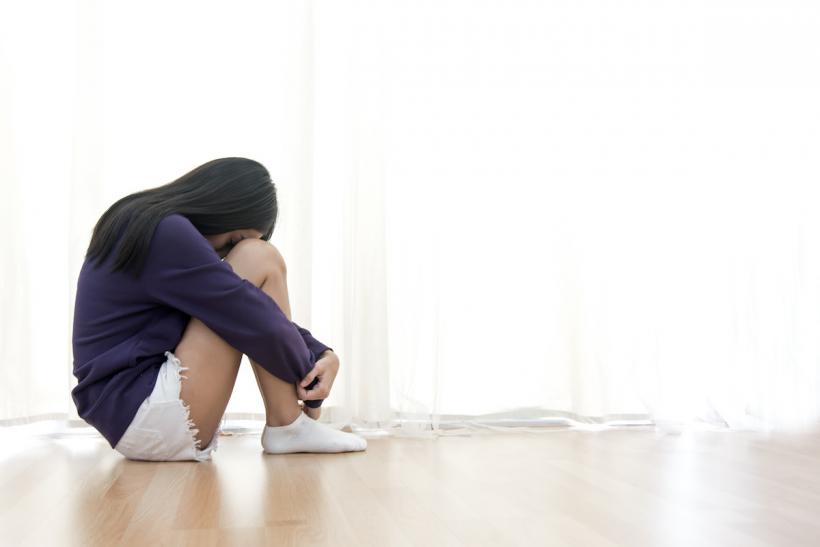 I don’t think of myself as vulnerable. I walk alone at night without thinking much of it — keys in palm, of course. I know how to incapacitate someone twice my size. I know how to project looking larger than I am, and to arrange my face into that particular icy half-sneer, half-frown that screams don’t fuck with me. I’m no longer a runner, but I can still run like hell.

I’ve lived a life of knowing how to fight back against an active threat; I watched my mom suffer at the hands, words, and later financial and judicial warfare of my father and thought I knew better than most what abuse looked like. And it was never going to happen to me. I wasn’t going to let it. But even if I thought I knew what violence looked like and felt like, I had never learned what consent actually meant. And because of that, when I thought that I had found my own stable relationship, I couldn’t recognize that I was actually being abused in a context beyond what I had already experienced and considered a paradigm of power and abuse.

A few years ago, I moved overseas for graduate school. It was my first time being further than an hour drive from the little New England town I grew up in, and I felt a freedom from expectations and pressures to perform in a certain way. I dropped my guard, I dug into my new community, and I fell in love — at least, I thought it was love — with someone who ended up abusing me.

It took two years (and counting) to come to terms with the fact that during the course of that relationship, on top of the emotional abuse, he had been raping me.

I couldn’t comprehend for the longest time that what was happening was actually rape, was actually an assault: because we were together, because I had said yes before, because, at the end of the day I didn’t want to have to think of myself as a victim of assault. But what else do you call waking up in the middle of sex? Or being pushed and coerced beyond the word no, being told that your limits and comfort zones don’t matter. Because when someone sees love as ownership and affirmation of their God-granted male right (his words) to the world, your voice doesn’t matter. What do you call losing your bodily autonomy to someone’s manipulations, to the games they played with your head, your self worth, and even your health?

There are over one thousand things I could write — and did write — to prove to myself that it was abuse, and not that I just couldn’t bear the challenge of loving someone so badly broken in so many ways. But after I came to terms that, yes, I am both a victim and a survivor of domestic abuse, of rape, of being emotionally and verbally abused, what was even more difficult was understanding how I got there.

Read More: No #MeToo Is Too Small: The Pervasiveness Of Sexual Harassment

There was, in my case at least, an obsession with going back over every moment, every fight, ever interaction. I needed to rehash every nightmare I woke up screaming from, every fight, how things escalated to the point where I stopped fighting, because I realized that, if I fought, I would likely end up dead soon. I kept forcing myself back through every time I woke up in pain, every time his hands ended up around my neck, every time my face was pushed ever deeper into a pillow. I forced myself back through every time he called me a heathen whore who was ruining his life and taking him away from his god after sex, every time he told me why I was worth less than him as a human being, and how he would never need to ask my forgiveness because god had already forgiven him, and, in any case, as someone who didn’t follow his faith, and as a woman, harming me didn’t count as a sin but rather as corrective force used against me. There isn’t a single moment I haven’t blamed myself for. There isn’t a single point at which I recognized in the moment that this was abuse.

There isn’t a single point at which, in rehashing it all, the “This is my fault, I could have stopped it” internal dialogue didn’t rear its head.

In reaching further back, trying to figure out why I simply couldn’t seem to see the relationship for what it was, I realized that I never knew what consent was. Despite the comprehensive sex education and health courses that I went through in high school, there was never the idea of creating a culture of consent, beyond the loosest interpretation of “no means no” — which is absolutely necessary and true. But it is far from all of it.

The sad thing is, it took someone almost destroying me to make me open my eyes to the extent of what happens when we talk not about a culture of consent, but about temptation and defense instead.

It took abuse and rape and spending most days wanting to die, wanting someone to look at me and see what I was so carefully hiding, to realize how little I thought about consent and my right to my bodily presence in both public and private spaces — whether work or school or anywhere else.

A culture of consent addresses casual harassment and ingrained sexism. Because it was through casual harassment that I had first learned to turn a blind eye to how unsafe I felt. Every time we tell a woman to just ignore that stranger’s hand on her ass; just ignore the whispers from someone walking too close; ignore the leering and the staring; the trying to trip her in her heels on the subway to chance a grope; the inappropriate comments; the behavior policing; the presupposition that they are there to be owned. We teach women that their personhood doesn’t matter. We teach them that they don’t have the right to say “stop,” or if they do, that it is on them to prove and qualify their feelings. And it affects us throughout our entire lives.

We learn to shrink. We learn to protect ourselves, to hide our vulnerabilities, to travel in packs and always, always, be the sweet little flower to talk and simper our way out of danger. We are made to be stunted and fragile roses. We are made to think we are only there to be picked at by passers-by. We forget that below the petals, we are born to also have thorns.

It took existing in my own personal hell to stop tolerating this; frankly I’m not sure I’ve left it, and I’m not sure I’m ever going to find the way out.

But I learned, finally, that I don’t have to put up with this — and more importantly, that I refuse to put up with this. I stopped tolerating being catcalled. I stopped excusing bad behavior and harassment. I hit first and ask questions later. If and when I am harassed at professional events, I call people’s supervisors. And if I see it — in young boys, in teenagers, in anyone — I stop it.

The sad thing is, it took someone almost destroying me to make me open my eyes to the extent of what happens when we talk not about a culture of consent, but about temptation and defense instead. I didn’t want to be a cautionary tale, Bluebeard’s dead wife in the locked room, but here I am. I don’t want anyone else to live through what I did; I don’t anyone else to live with the scars from that.

And it only stops when we change the culture — which means people have to know what consent is, how and when it can be given, and most importantly, that they have the right to decide what they want, when they want it. And they always have the right to be treated well, and as equals, and to say no if they are not sure that they are.

Listening to you or taking an interest in you doesn’t mean I owe you anything. “I love you” doesn’t mean you own me.

If you like this article, please share it! Your clicks keep us alive!
Tags
Rape
Sexual Assault
intimate partner violence
consent
rape culture