If You Say You’ve Never Regretted Having Kids, You’re Lying 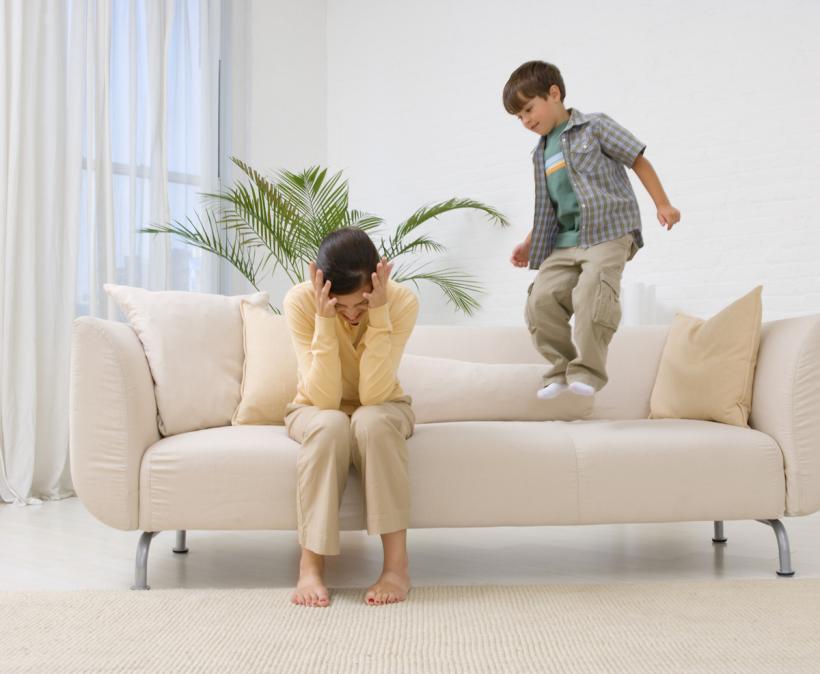 Being a mother is complicated.

If you have kids, you’ve probably found yourself saying some variation of this at some point — “Of course, I can never regret [fill-in-the-blank], because otherwise, my kid(s) wouldn’t be here!”

And if you don’t have kids, you’ve probably heard your parent friends say it.

Maybe that fill-in-the-blank is an ill-considered marriage, an abusive relationship, or a one-night stand. Maybe it’s not finishing a degree, turning down a job offer, or staying put in your hometown instead of moving. But whatever it is, one thing seems to hold true: once you’re a parent, you’re not allowed to look back at your past and say you’d do anything differently, if it means your child(ren) might not have been born.

I get it. I’ve got two daughters. I love them with everything I am. The world without them in it is unimaginable. How could I ever wish that they were never born? And I don’t. But the truth is, if I could go back, I would do things differently.

I got married too young. And my husband was too old. Truth be told, he only married me because I was pregnant, although he says he would have married me anyway…someday. Someday, when he was further along in his career. Someday, when we had more money. Someday, when the time seemed right. Would that someday have ever come? It seems unlikely.

I remember waking up one night when I was just a couple of months along with my oldest and feeling light-headed with panic, sure in the knowledge that I’d ruined my life. Of course, all of that faded away when I held her wriggly, perfect body in my arms a few months later. My life divided cleanly into before and after, and there was no looking back.

My whole life, all I ever wanted to be was a mother. I love it. I’ve loved it through every stage. If we each have a natural calling, a thing we are meant to do, then being a mother is mine. I never minded waking up at night, or changing diapers, or navigating tantrums. It all came easily to me. I carried my babies in a sling close to me and breastfed them whenever they whimpered. I co-slept with them at night, didn’t leave them with sitters for years, and happily made them the center of my world. I put any career ambitions I might have had on the back burner and devoted myself to my children completely.

Now those babies are teenagers (well, one is, and the other will be in a few short months). Do I regret a single minute I spent cuddling them, pushing them on swings, reading to them, or holding their sweet chubby hands? Absolutely not. I’d mother them the exact same way again, if I had it to do over. But do I regret that I’m nowhere near where I’d like to be in my career. I regret getting married so young, to someone who wasn’t right for me. Here I am, divorced and nowhere close to finishing the book I want to write. My life does not look the way I ever wanted it to look. If I hadn’t had my children…well. Who knows where I’d be now?

I don’t believe in looking back. I don’t believe in regrets, really. But imagining a world in which I did things differently — a world where I never had my children — isn’t a betrayal of them. It doesn’t mean I love them any less, or wish they didn’t exist. It just means I wonder. I wonder what might have been.

Here in New York City, it seems like most women my age have much younger kids than mine, if they have them at all. They put their careers first, marriages second, and only had children once those pieces were in place — the finishing touch on their perfectly planned-out lives. I imagine that for them, having kids meant losing some measure of control over their lives. They’d grown used to being in charge, being capable and confident and having all the answers. Kids have a way of smashing that all to pieces. You can be a perfectionist in your career, but as a parent? Forget it. Hiring a baby nurse and sending them to a fancy private school isn’t going to cut it.

If I’d waited to have my children, I imagine I might have been a very different kind of mother. If I’d had a career I cared about, or other ambitions, I wouldn’t have been so happy to put my feet up and settle in for an hour-long nursing session at any time of day or night. If I’d been used to getting my way and being successful and in control, I would have been undone by a small creature who didn’t come with an instruction manual. I’ve met so many mothers who are clearly miserable, yet who claim to be so happy, as if admitting that having children might have been a mistake somehow negates their love for those children.

The pressure to procreate

Part of the problem is the way our society pushes women to have children, acting as if there’s no other way to be fulfilled in life except to be a mother. It’s the ultimate prize for some, and for others, it’s the beginning of adulthood. I couldn’t wait to be a mother. I couldn’t think about anything else, could not crystallize any other ambition, until I’d become one. And still, I wonder what my life would have been like if that hadn’t been the case.

Other women don’t feel like their lives are complete until they have a baby, even though they’re actually very happy and busy with their careers or other callings in life. They feel like being a mother is something they have to do. But being a parent is like any other job; not everyone is cut out for it. And once you have kids, there you are. You’re stuck. You love them so fiercely that you’d never wish them away.

Would rates of postpartum depression and maternal anxiety plummet if we could talk about this stuff without judging each other, and without feeling judged? If we could say that maybe we should never have had children, without being afraid that our children will be taken from us if we say it, or that saying it makes us bad people? We put so much pressure on ourselves, and on each other, as parents. Maybe it’s time to ease up, come clean, and admit that we do have regrets.

If you like this article, please share it! Your clicks keep us alive!
Tags
parenting
having kids
motherhood
motherhood taboos
childfree