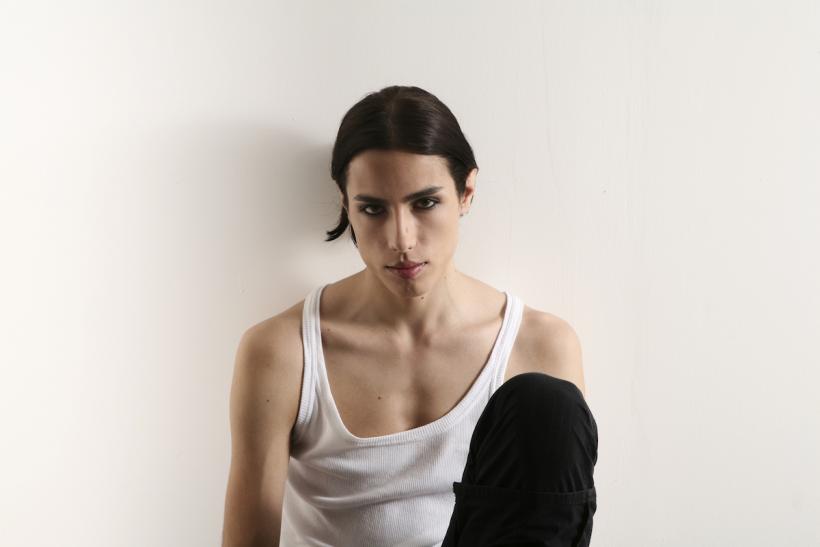 This is why I’m done “proving” my identity to the nay-sayers.

Masculinity always felt like a pair of shoes that didn’t fit quite right. Whenever I tried to socialize with other boys in school, I was an alien trying to fit in with humans and failing horribly. Socializing with the girls was easier; I was one of them, but not quite. This feeling grew more doing puberty when I started growing more body hair. I felt disgusted. I wanted smooth and hairless arms and legs like a woman’s. I wanted to spin around in skirts and paint my toes. Yet I never felt like I had enough femininity to claim womanhood. I was fine with my genitals and chest, so I figured I just had an androgynous mind like the Sonic Youth song.

Things changed when I was 30. I watched a YouTube video by Verity Ritchie where she described her genderqueer identity as “being both a boy and a girl at the same time.”

I’m prone to adopt whatever label feels good at the time (we don’t talk about my three-month stint as a libertarian), I was apprehensive about claiming the word for myself. After a while, though, I started playing with my gender presentation as an experiment. First, I started painting my nails. Then I shaved off my beard, then I grew my hair out, then I started wearing shirts and jeans from the women’s section, then I started going by “them/they pronouns,” then I started wearing makeup and eyeliner. The more I feminized my appearance, the more I felt like I was peeling off a mask that had been glued onto my face since birth. “I’m finally me,” I thought.

Of course, since not a lot of people know about non-binary gender identities, I knew I had some ‘splaining to do. Fortunately I’ve had the opportunity to start a lot of conversations among my friends about what it means to be non-binary, including giving a Genderqueer 101 talk at this year’s American Humanist Association conference. So far I’ve received a lot of positive feedback for explaining it in a way other people can understand. Unfortunately, I’ve gotten a lot of pushback, too. Normally it’s just Alt-Right trolls who tweet at me, “There are only two genders, you cuck!” I can handle that. However, I’ve also gotten push back from the trans community.

One of my friends is a trans woman who is part of the skeptic community. She Facebook messaged me one day and asked if I could refrain from calling myself trans. She said she was okay with me identifying as genderqueer/non-binary, but felt like I needed to be diagnosed with gender dysphoria first before calling myself trans. She tends to be critical of non-binary gender identities in general because, at this point, there isn’t a lot of scientific literature on them. And so, being the good skeptic that I am, I decided to look for the answer myself.

True, science is discovering more clues every day that both biological sex and gender are complex tapestries full of fifty shades of nuance, and thank goodness for that, but do you really need a peer-reviewed journal article to affirm someone’s lived experiences?

It turns out that my friend was right about one thing: there isn’t a lot of scientific literature on non-binary gender identities. In fact, so far I’ve only found two. The first is a 2012 study in Medical Hypotheses where bigender people talk about involuntarily switching gender identities. The second is a 2016 article in the International Review of Psychology where gender therapist Christina Richards says the DSM-V describes gender dysphoria in a way that includes non-binary people. When it comes to brain scan studies that suggest a neurological basis for gender identity, though, none have yet been done on non-binary people.

I then looked to history, gender therapists, and psychology hoping they would fill the gaps. I found people like Leslie Feinberg, Justin Vivian Bond, Kate Bornstein, and others who didn’t fit within the gender binary. I watched endless YouTube videos by gender therapist Dara Hoffman-Fox who said over and over again that non-binary people can medically transition if they want. I found out that both the APA Guidelines for Psychological Practice With Transgender and Gender Nonconforming People and the Standards of Care for the Health of Transsexual, Transgender, and Gender Nonconforming People are both non-binary inclusive.

“But is this enough evidence to prove my identity?” I thought.

Then it hit me: I’m doing the same shit I did to try to “prove” my bisexuality years earlier. In fact, one of the reasons it took me so long to come out as bi (this was before I figured out my gender identity) was because I didn’t think I was “queer enough.” It didn’t matter that I thought a redneck was going to beat up my boyfriend and me in a Denny’s parking lot; because I could still love women, I wasn’t truly queer. It’s the same mentality that feeds into non-binary erasure. It doesn’t matter that my body hair feels like a foreign object that’s infesting my body. It doesn’t matter that I bury my face in make-up every morning to try to cover up my permanent five o’clock shadow. It doesn’t matter how repulsed I am at the way my feet look if I don’t paint my toes. I’m not a trans woman, so therefore I’m just a transtrender.

Carl Sagan once said, “Extraordinary claims require extraordinary evidence,” but I honestly don’t know what’s so extraordinary about not fitting within the gender binary. True, science is discovering more clues every day that both biological sex and gender are complex tapestries full of fifty shades of nuance, and thank goodness for that, but do you really need a peer-reviewed journal article to affirm someone’s lived experiences? Do you really need to find a gay gene or do a brain scan to accept LGBTQ people as humans? This is why I’m done “proving” my identity to the nay-sayers. They may not agree with me, but they should at least affirm my right to use whatever language available to define my experiences.

Attention: If You Have Ever Said "A Man Would Never Have A Baby," A Transgender Man JUST DID

If you like this article, please share it! Your clicks keep us alive!
Tags
LGBT
trans
Transgender
non-binary
transphobia