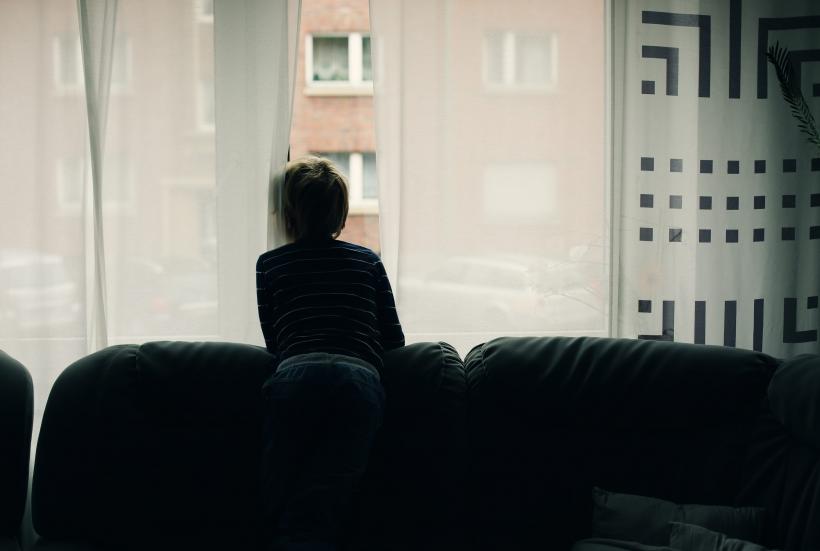 Growing up I thought autism was just for folks like Rain Man.

All the warning signs were there. I flapped my hands when I was excited. I watched the other kids play instead of joining them. I didn’t start talking in complete sentences until I was two. I’d get upset and smack myself in the head if something didn’t go as expected. Yet, every time my mother brought it up to the pediatricians, they always said, “Trav will get over it.” My mom, who was struggling to raise me after my father walked out on us when I wasn’t even a year old yet, decided to trust the doctors and wait it out.

There was just one problem: I didn’t get over it.

Of course, the other children gladly took notice of this, so every day they pushed my proverbial buttons. Children already tend to repeat a certain phrase over and over again until they get a reaction from grown-ups, and that’s how they bullied me. Sometimes they would call me names over and over again, and sometimes they would threaten to beat me up repeatedly. It didn’t matter what they said, though, because it would always end the same way. I’d yell and scream and hit myself in the head. While the other children laughed, the teachers just said, “Knock it off! Don’t be a baby!”

My emotional problems weren’t the only factors that made me stand out in school. My handwriting was always terrible, so the school counselors kept trying to find new ways for me to improve it. In sixth grade, for example, a counselor suggested a slanted writing board for me to do my homework on. It didn’t help one bit. It wasn’t until eighth grade that I decided to just type all my homework, including my math homework. While my grades improved, it should have sent a message to everyone that all their standard methods of handwriting improvement weren’t working for me.

I could go on and on with more examples, but that would take too long. Instead, I’ll fast forward to now where, at age 34, I’ve finally been diagnosed with Autism Spectrum Disorder.

You Might Also Like: It Doesn’t Matter What Causes Autism (But It Does Matter How We Treat It)

I have a lot of friends who are on the spectrum, and they changed a lot of my pre-conceived notions of what it means to have autism.

Growing up I thought autism was just for folks like Rain Man, but my friends helped me realize that autism is a spectrum, and most of the time you can’t tell someone’s autistic just by looking at them.

Intrigued, I began researching autism on my own, and to my surprise, everything sounded frighteningly familiar. Problems with social interactions? Check! Limited interests? Check! Trouble handling emotions? Double check! I brought it up to my mom, and she said, “Well, you did show signs when you were younger.” We scheduled an appointment with a psychologist who could diagnose both children and adults with autism. After a two hour session, the results were in: I’m on the spectrum.

I felt both relieved that I finally found an answer, but also frustrated that no one figured it out sooner.

Part of it could be I grew up during a time when no one knew much about autism, but part of me thinks it’s something I like to call Walk-It-Off Culture.

Despite the fact we currently live in a time where we know so much more about mental health than we have just within the past couple of decades, people still don’t want to acknowledge that something’s wrong.

Maybe it’s because mental illness and neurodivergence are so stigmatized in our society that simply asking mental health professionals questions are shameful. Or maybe it’s that stereotypical cranky old man talking point: “In my day, we didn’t have ADHD and autism; we had daddy’s belt to straighten us out!” Maybe despite all our progress, that idea still lingers in the back of our collective consciousness. That would certainly explain why, according to a 2015 study, ASD diagnoses in children are usually delayed by about three years.

All I know for sure is, despite all the progress we’ve made, we still have a long way to go. I like to think it’s getting better, but I’m still not sure. But I will say this: I hope our society takes the early signs of autism more seriously so kids can get the help I didn’t get.