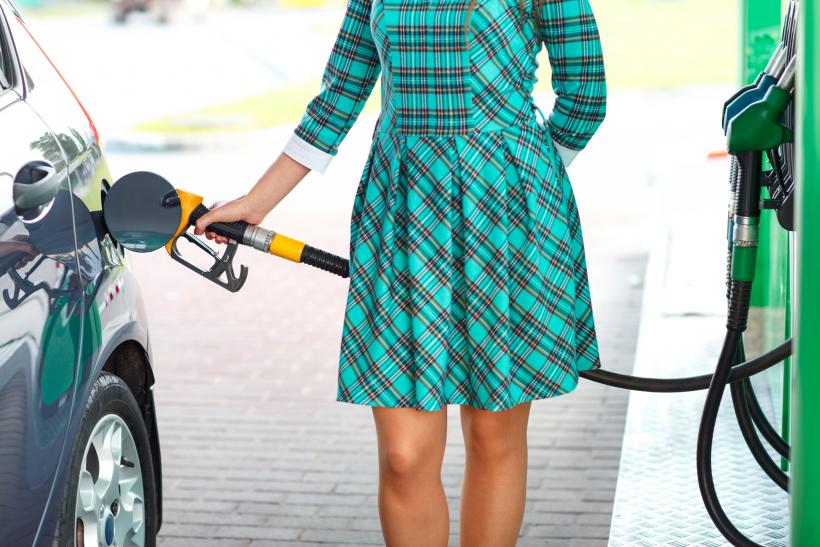 I held the pump handle, my head tilted, comparing the prices of leaded and unleaded gasoline. I felt my stomach grumble. Was it already lunchtime? I had been on the road for four hours already, with several hours to go. I inserted the pump nozzle into my gas tank, squeezing the clip tight, and wondered what sort of lunch the convenience store might have to offer. That’s when I heard a man’s voice and was instantly filled with dread.

“Where you headed?” he called.

He was older and white. He stared at me, smiling, trying to seem friendly. But he was a stranger to me, and I was traveling alone, passing through an unfamiliar highway town. I tightened my grip on the pump handle.

“Is that so?” he said, sliding his hands into his pockets. “Well, I don’t
recognize you.”

Whether they realize it or not, men’s entitlement to comment on and question my body in public spaces is a perpetuation of rape culture — a societal and environmental belief system that encourages “male sexual aggression and supports violence against women.”

I stayed silent. I watched the dollar amount rise on my screen, concentrating on the numbers, fighting the urge to flee. It’s the middle of the day, I told myself reasonably, and this is a busy gas station. I surveyed my surroundings — two other vehicles were pumping gas nearby. The convenience store was filled with customers. There was no reason to be alarmed by this strange man — right?

He walked towards me suddenly.

“Where are you from?” he asked, arms stretched towards me, his tone no longer casual.

I measured the distance between us: barely two feet. He was older, but much bigger than me. Two feet. He could cross that distance quickly.

I felt adrenaline surge through me. I had only pumped six gallons, not nearly enough, but I took the nozzle out of my tank anyways. I didn’t go inside the convenience store for food or a bathroom break, though I needed both. I turned my car back on and locked the doors. I drove away with the man’s face in my left-hand mirror: his eyes were squinting, his hands up aggressively, as if to say — who are you to ignore me?

Earlier that day, I had loaded up my decade-old PT Cruiser with luggage. I intended to drive 394 miles on three separate days, totaling nearly 1200 miles in one week. I was traveling between my graduate program in central Arkansas and my hometown in middle Tennessee, juggling both family and academic obligations. I was going back home for my nephew’s birthday party, then turning around for class, then returning home again for a family trip. I spent hundreds of miles on I-40 west and east, watching the landscape change from swampy delta to rolling hills. Most days I enjoyed the drive, appreciating the solitude and the opportunity to lose myself in a good podcast or audiobook.

It wasn’t the act of driving that I dreaded — but the unavoidability of stopping for fuel.

The old, white stranger wasn’t the only man to approach me that week at a gas station. I usually left early in the morning — hoping the daylight might provide more security — but one evening, I couldn’t avoid stopping for gas. While I waited inside for the cashier, a man stared at me from behind. When I walked back to my car, he followed.

“How can a girl so fine go home alone?” he demanded, staring at my body — not my face.

Later that week, at a different gas station, a man asked for my number. Another man was eager to know if I had a boyfriend. Men of all ages, at all times of day, approached me at gas stations and made comments about my body.

This is what I find most unsettling: men felt wholly justified in their approach. They weren’t quiet or sheepish, mumbling their words or apologizing once I seemed uncomfortable. When I ignored them, there was a visible look of disbelief or anger on their faces — as if they couldn’t understand why I wouldn’t want the attention.

The normalization of these aggressions as “compliments” makes the situation especially perilous, as women only have two choices in response: tolerate this unwanted attention and receive more of it, or push against it and risk violence.

Whether they realize it or not, men’s entitlement to comment on and question my body in public spaces is a perpetuation of rape culture — a societal and environmental belief system that encourages “male sexual aggression and supports violence against women.” Like most women — especially those traveling alone at gas stations — I do not feel flattered by these solicitations. When a stranger approaches me, especially a man, I feel anxious and afraid. I try to stay self-aware and vigilant because I know the statistics: a woman is beaten every nine seconds in the United States, and one out of every six American women has been the victim of an attempted or completed rape. As a 20-something college student, I am three times more likely to experience sexual violence.

I ended my 1200-mile week feeling vulnerable, stunned, and furious.

I described my gas station encounters to friends and family, and even posted them on social media, hoping to start a dialogue online. Occasionally, some well-meaning person would suggest I needed to change my behavior to prevent these comments from happening. They recommended I wear a permanent scowl while pumping gas, dress in clothes that hide my body, or get a carry permit and travel with a gun. Many of these ideas were shared by women who had taken similar precautions. I understood their position, but couldn’t fight the urge to shout: the problem isn’t mine! I had already tried these tactics — making my expression unfriendly, dressing in oversized sweatshirts, carrying visible pepper spray.

None of it had ever prevented a man from approaching me, but more importantly: if I’m forced to change my behavior, doesn’t that imply I’m the one at fault?

To me, the solution for this is clear: men need to stop approaching women in public spaces, intimidating them, asking questions about their personal life and making remarks about their body. It’s time they are held accountable.

If you like this article, please share it! Your clicks keep us alive!
Tags
misogyny
rape culture
sexism
toxic masculinity

I Make Fashion Choices With My Disability In Mind
Rachel Hoge

A Magic All My Own
Rachel Hoge