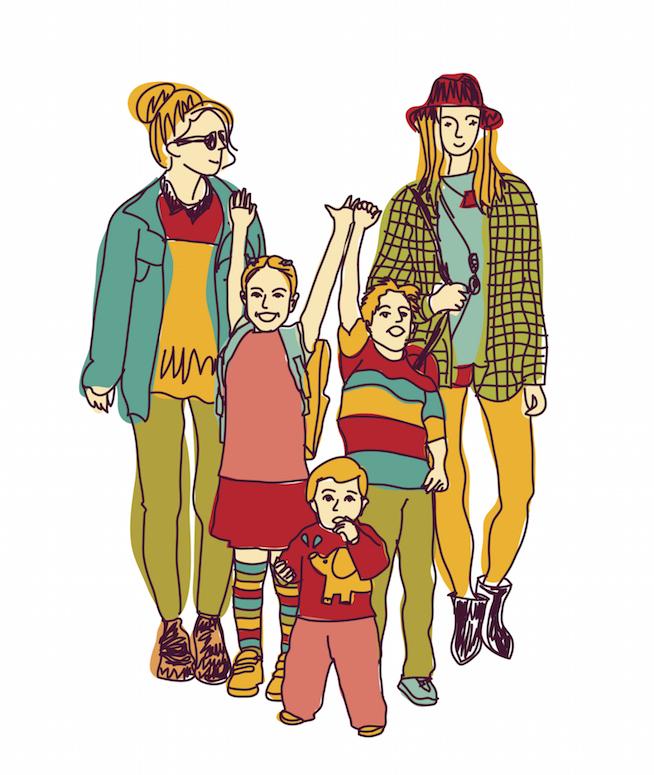 For a long time, there was this idea floating around that same-sex couples shouldn’t be parents because it would be bad for the kids. The rationale for this was a bunch of studies of kids in single-parent homes who had worse outcomes than in homes with two parents. Conservatives would be all “See! Kids need a mom and a dad or society will collapse, the apocalypse will be upon us, and the only music left in the world will be polka!” In response, progressives were like “Um, polka? That doesn’t make any sense. Neither does comparing single-parent households to two-parent households since those are fundamentally different. Intact same-sex couples probably have more in common with different-sex couples than with single-parent families. Let’s compare those.”

The findings are in the April edition of the Journal of Developmental & Behavioral Pediatrics. The study looked at 95 families with lesbian parents and an equal number families with heterosexual parents. They assessed “spouse/partner relationships and parent-child relationships (family relationships), parenting stress, and children's general health, emotional difficulties, coping behavior, and learning behavior (child outcomes).” The only significant area of difference was in parent stress. Lesbian parents are more stressed than different-sex parents, probably because of all the conservatives accusing them of being harbingers of a polka apocalypse.

It’s nice to have scientific back-up to the argument that parents are parents and families are families, regardless of gender. It’s an argument I would have made even before this, based on my experience with kids being raised by gay and lesbian friends of mine. I don’t need science to see that those kids are just as smart, sweet, healthy, and joyful as my own.

If you like this article, please share it! Your clicks keep us alive!
Tags
LGBT
same-sex couples
parenting
duh