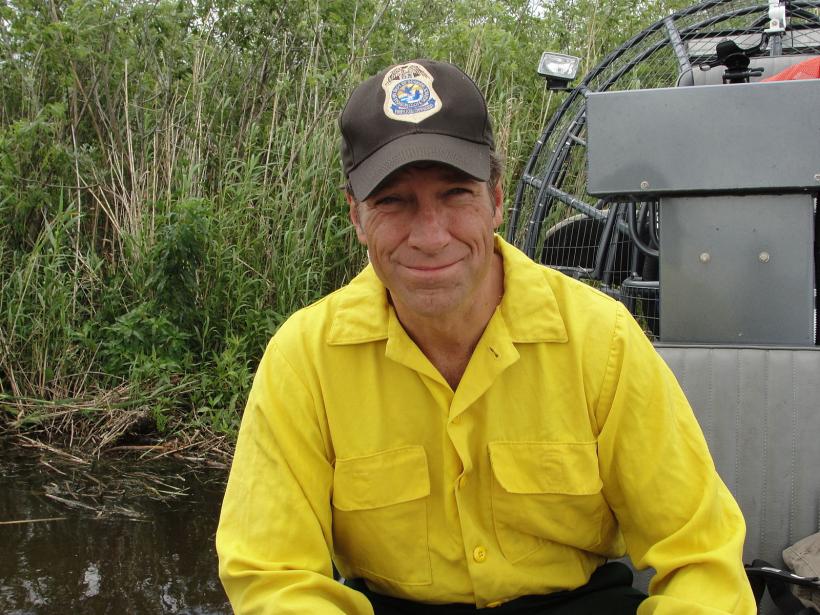 In my travels around the internet today, I happened upon an article about something Mike Rowe, dirty job expert and working class hero, said about the trend of celebrities encouraging people to vote. He was responding to a fan who was asking him to use his platform to encourage voter turnout for this upcoming election. Mr. Rowe’s response was…well, here’s a excerpt:

“I also share your concern for our country, and agree wholeheartedly that every vote counts. However, I’m afraid I can’t encourage millions of people whom I’ve never met to just run out and cast a ballot, simply because they have the right to vote…

Regardless of their political agenda, my celebrity pals are fundamentally mistaken about our 'civic duty' to vote. There is simply no such thing. Voting is a right, not a duty, and not a moral obligation. Like all rights, the right to vote comes with some responsibilities, but let’s face it – the bar is not set very high. If you believe aliens from another planet walk among us, you are welcome at the polls. If you believe the world is flat, and the moon landing was completely staged, you are invited to cast a ballot. Astrologists, racists, ghost-hunters, sexists, and people who rely upon a Magic 8 Ball to determine their daily wardrobe are all allowed to participate. In fact, and to your point, they’re encouraged…

…None of the freedoms spelled out in our Constitution were put there so people could cast uninformed ballots out of some misplaced sense of civic duty brought on by a celebrity guilt-trip.”

He also talks about way citizens should learn more about policy, but this is the meat of his argument: not everyone is informed enough for him to feel comfortable encouraging them to vote.

I can’t get behind that.

So I don’t take kindly to some guy suggesting that anyone’s vote is a bad vote because they don’t reach some arbitrary standard of “informed enough."

You see, when we start putting restrictions that go beyond age and nationality on voting, we get into very dangerous territory. What if a person with an intellectual disability wants to vote? Does Mr. Rowe trust them to make a decision, or does he think their disability is too profound to render them adequately informed? What if a person is illiterate? Or has been outside the US for a period of time? What constitutes "informed enough?"

This is a slippery slope of the worst kind and I don’t like it at all.

And I really don’t like the idea that people are reading Mr. Rowe’s words and questioning their own —  or someone else’s — right to vote because they aren’t immersed enough in the news cycle.

Democracy is messy. It relies on the cooperation of the people. ALL the people. Not just the ones who read the right newspaper or have the right conversations. Voting is our right. Nothing more, nothing less.

If you like this article, please share it! Your clicks keep us alive!
Tags
voting
vote
Election
Mike Rowe
President
Dirty Jobs