Techno Tampon: How Do You Feel About Vaginal Bluetooth? 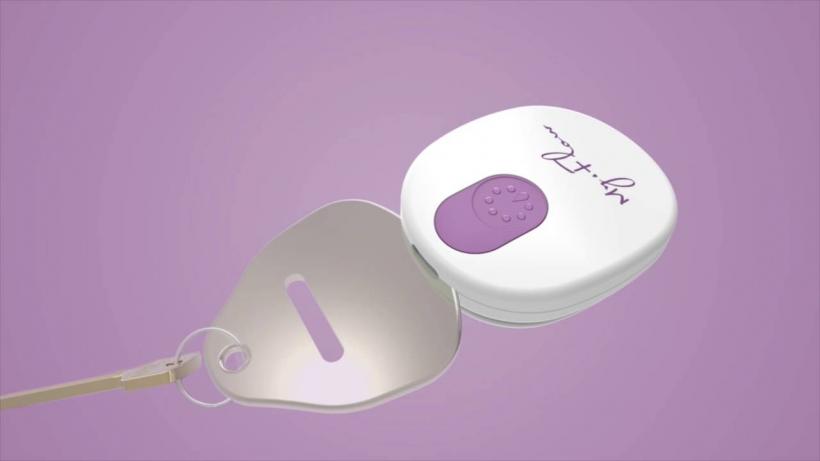 I love communications technology. Luuurrrvvvvveee it. I think it’s amazing that my husband can call me from his car just by pressing a button on his steering wheel. And I have this smartwatch that connects to GPS satellites and my phone and tracks all kinds of stuff when I’m out running — like my distance, and pace, and how high the damn hill I struggled to go up actually was (spoiler: not as high as my struggle made it feel). Oh, and my friend’s son? He has cochlear implants, and the latest iteration of the external hardware for those allows him to wirelessly stream audio from his phone directly into his head. His head is Bluetooth enabled!!!! Ah. Maz. Ing.

But you know where I don’t want Bluetooth beaming away? My vagina.

Despite my objections to turning my vagina into a communications hub, a company called My.Flow is developing a “smart tampon” and app that will alert you when the tampon is full.

The technology for this sounds a little clumsy to me; the tampon has an extra long string containing implant-grade surgical-steel wire that attaches to a belt clip where the Bluetooth chip lives. Which sounds like your vagina isn’t even wireless in this set up. It’s tethered to your waistband with a string that sounds almost as awkward as the sanitary pad belts we all read about in Are You There God? It’s Me, Margaret. The belt clip senses when the tampon is full and send alerts to your phone.

It would be more fun if the tampon itself buzzed, amirite?

The whole point of this is to know when to change your tampon. But pretty much everyone who’s beyond their first six months of periods usually has  pretty good idea of when they need to refresh their period absorption systems, even without a designated app. If you’re the forgetful type, you could just set a reminder on your phone that says “Tampon time!” and get approximately the same results, even without the vaginal hardware.

I suspect smart tampon technology is going to go the way of the Betamax. Nice idea, but never mind.

If you like this article, please share it! Your clicks keep us alive!
Tags
tampon
menstruation
Period
My Flow
Technology