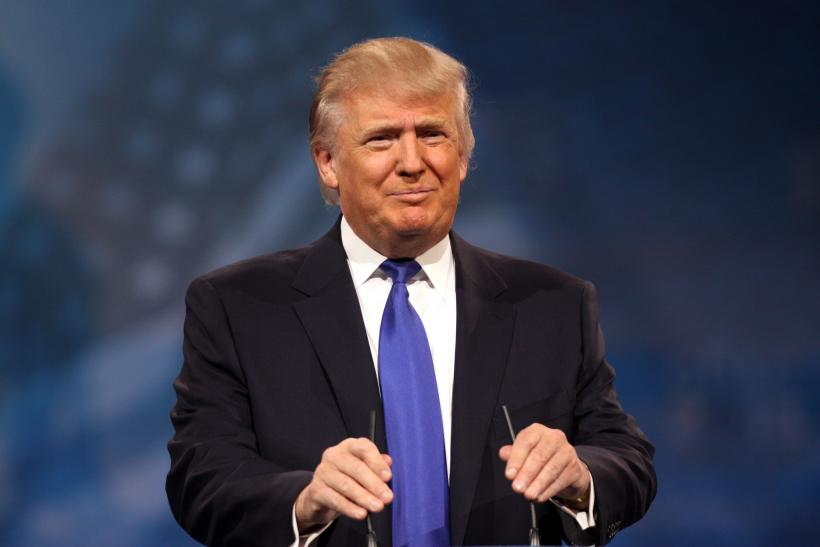 Donald Trump thought BEING PRESIDENT would be EASIER than his regular life. Oh America, what have we wrought? (Image Credit: Flickr/Gage Skidmore)

Those are the words Donald Trump, President and Commander in Chief of the United States, said to a reporter from Reuters last Thursday.

He. Thought. The. Presidency. Would Be. Easier.

Can you hear it? That scream of primal rage? That keening sound that’s part grief, part disbelief, part hysteria? That’s the sound of Hillary Clinton and every single one of the 65 million people who voted for her unleashing our collective fury in a single exhortation that will ring up to the heavens and beyond.

WE KNEW THIS JOB WAS HARD AND WE KNEW YOU DIDN’T HAVE THE EXPERIENCE — OR THE MOTHERF*CKING BALLS — TO DO IT WELL, YOU ASSHAT IN A WIG!

We knew that public service means being a servant to the public.

We knew the president must be answerable to Congress, the courts, the media, and each and every one of us.

We knew that the 3 a.m. phone calls come every damn night and the president must answer every damn time, even if it means missing a tee time the next day.

We knew that the Oval Office comes with tremendous power and shackles that keep the fullness of that power slightly out of reach, just beyond the range of catastrophic mistakes, just far enough away that America’s might cannot be owned by one person.

We knew that the president is the most visible person in the world and the most isolated at the same time.

We knew that the work was hard, the issues are complicated, and the consequences are life and death.

Hillary knew and we knew that the presidency is not a victory march, it’s a cold and it’s broken hallelujah.

We knew. Hillary knew. Bernie knew. Jeb knew. Tim Kaine and even Mike Pence knew. Only the man who would be President didn't know.

Public service isn’t a trophy you collect and wave around to show off your accomplishments. It’s not like winning a TV show ratings battle or getting a choice parcel of land. Public service is knowingly accepting the Constitutional responsibility to promote the common good. It means putting country before self, all day, every day, for as long as you serve.

It hurts my heart that Trump didn’t know this.

Hillary Clinton and Bernie Sanders and Jeb Bush and so many other candidates were imperfect and problematic in their own ways, but they were also career public servants who knew the risks and the responsibilities of the office. They expected it to be hard. They were ready for it to be hard.

We should have elected one of them. We didn’t. And history will judge us for electing this small, self-aggrandizing fool who thought it would be easy.

If you like this article, please share it! Your clicks keep us alive!
Tags
donald trump
easy job
presidency is hard
Election
angry Americans
Reuters interview