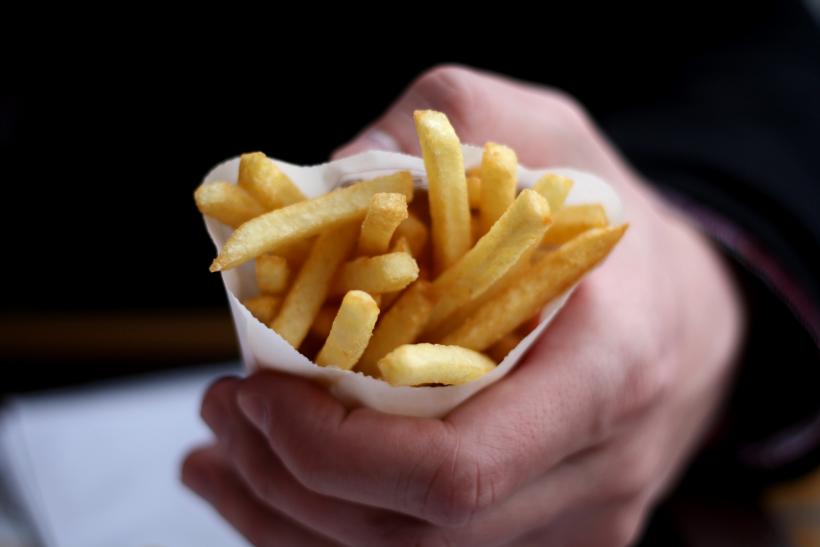 It turns out that former campaign manager (and FOX “News” commentator) Corey Lewandowski and former campaign aide David Bossie weren’t satisfied with how much they hurt the country by supporting Donald. They now want to distract us from the atrocities he is committing, and they're using the PR for their new book to do it.

The Atlantic article kicks off with a quote from the book that has now gone depressingly viral: “Trump’s appetite seems to know no bounds when it comes to McDonald’s, with a dinner order consisting of two Big Macs, two Filet-O-Fish, and a chocolate malted.”

My first question is: at what McDonald’s can you get a chocolate malted? Because I will give them my money immediately.

Of course, McDonald’s doesn’t sell chocolate malteds, just shakes. This is par for the course when it comes to the the commitment to accuracy of the Republican party, and of Donald in particular, and so I assume that everything in the book is similarly questionable in verisimilitude.

Refocusing now on the point — which the media seems unable to do — this is a distraction of gargantuan proportions, one that also manages to hurt the people who Donald is already doing an extraordinary job of screwing over. I’m talking about low income folks, though of course Donald is busy screwing over the entire 99% in his march to create an Oligarchy of the rich, by the rich, and for the rich.

He and his party have just rammed through a tax bill, written partially in illegible scribbles in the margin, in the middle of the night with absolutely no open debate, that will transfer a massive amount of wealth from the poor and middle classes to the extremely wealthy. It will cause millions of people to lose their insurance and make higher education all but unaffordable for anyone but the super rich.

But yeah, sure, let’s talk about his Mickey D’s order.

And that’s exactly what’s happening. The story has been picked up all over the place, including what, at first glance, appears to be a mind-boggling waste of internet space by CNBC called, “Despite his billions, President Trump still enjoys a $22 McDonald's dinner,” which halfway through the article admits that $22 is likely completely inaccurate.

It’s easy to say that Donald deserves shaming, but hypocrisy is never a good look, and it doesn’t matter since this isn’t even about him – this about distraction meeting direct harm of marginalized folks. Normally when we hear about people eating fast food, it’s about shaming poor people, or fat people, or poor fat people. Or to shame those serving the food.

But the same people who shame poor people for eating fast food (claiming that being poor, working too many jobs to have time to shop and prepare whole foods, not having a access to a stove and fridge, etc. are "no excuse" for eating fast food) are discussing rich people eating fast food as if it’s part of the — forgive me — secret sauce that keeps them wealthy. Consider this comment by Warren Buffet:

Not just fast food but *gasp* a soda for breakfast?! Imagine for a moment the reaction to a poor fat woman saying the same thing.

Can you already see the meme created by 4chan and spread all over Facebook? I can. This is especially obvious in the Atlantic’s attempt to make their story relevant by claiming that Donald’s choice of fast food is somehow paralleled, even indicative, of his seeming desperation to get the US involved in a nuclear war, without pointing out that most-if-not-all of the people who get shamed for eating fast food are not actively trying to get us all killed.

Health shaming, food shaming, and body shaming are all ways to distract from important issues that require real action — like poverty, lack of access to nutritious food and clean water, oppression, and, in this case, a party and “president” devoid of morals or ethics trying to create a permanent class gap consisting of the super rich, the poor who serve them, and nobody in between.

I don’t care what Donald, or any other president for that matter, eats. I don’t care if he exercises (though I do care how much time he spends golfing when he’s being paid to run the country).

Health is not guaranteed under any circumstance, and any president can drop dead at any time. There’s a whole procedure if that happens (not that Mike Pence isn’t a horrible bigot and misogynist who shouldn’t be allowed to get any closer to the White House than as part of the standard walking tour). What we don’t have is a procedure to roll back the horrors that Donald and his administration are currently creating, or a procedure to un-oppress or un-marginalize the people who don’t have billions of dollars and can’t choose any food that they want to eat. So let's keep our eye on the damn ball and let Donald eat whatever he wants — preferably at his home, post-impeachment.

If you like this article, please share it! Your clicks keep us alive!
Tags
donald trump
food shaming
fat shaming
Classism 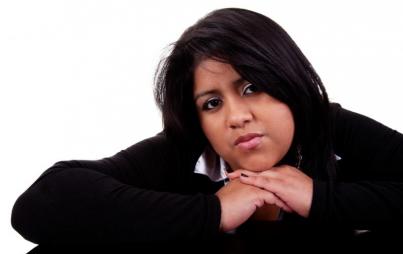