5 Things That Might Be More Disgusting Than Donald Trump 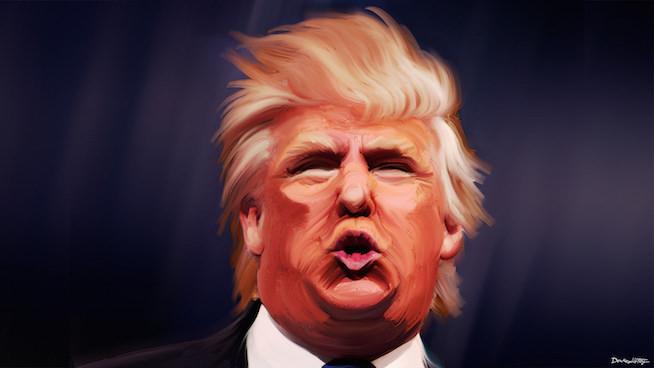 Normally, I don’t get into political conversations.

I have in the past, mostly during my idealistic youth when I believed we, as citizens, had the privilege of changing our nation into something greater, bolder, and more united. I had the tenacity of expecting the world to change — for the better — as greater and more qualified candidates stepped forward to lead our country.

And yet, we have Donald Trump on our ballot.

Granted, that is only one side of the ticket, and I don’t know how long he will last before the Fathers of our nation rise up out of their graves to slowly march to Trump Tower in order to rip the microphone out of his hands.

I also kind of like this image of zombie revolutionaries messing up his office, knocking over potted plants, and finally taking that rug off Trump’s head.

You gotta figure they would have way too much fun with that. 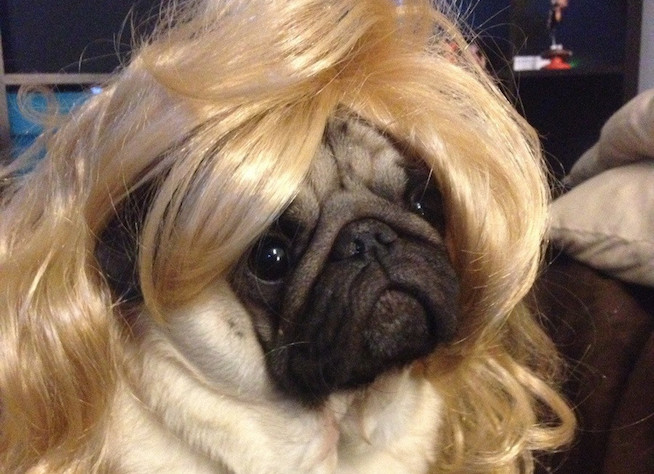 Here’s the thing: Donald Trump is a disgusting man. He has said unusually outrageous things in the past, such as his comments about women:

"She wanted to breast pump in front of me and I may have said that's disgusting, I may have said something else. I thought it was terrible," Trump said. "She's a vicious, horrible person." For breastfeeding. Really?

Or his comments about immigrants:

He said that as president he would deport all undocumented immigrants and then allow the "good ones" to reenter the country through an "expedited process" and live in the U.S. legally, though not as citizens.

"Legal status," Trump suggested. "We got to move 'em out, we're going to move 'em back in if they're really good people."

Or his comments about our great nation:

But I just can’t see Donald Trump on the ballot as being the most disgusting thing in the world. Right? I mean, there must be things out there that are actually more disgusting than Donald Trump.

Things That Might Be More Disgusting Than Donald Trump:

I remember when I was a kid, I was walking through my house to go play outside, and as I walked through the kitchen I saw my uncle sitting at the kitchen table having lunch. Nothing unusual, right? Pretty straightforward, except . . .

My uncle was eating a beef tongue sandwich.

There is someone in my life who loves to make these. Granted, I have been known to make some bad dishes. Sometimes I make squishy rice that doesn’t taste great, sometimes I set things on fire (just being transparent here), but I don’t make food that looks like poop. That you would pick up with your fingers, and then put into your mouth. I just can’t even.

The unfortunate thing is that they actually taste really good.

He rolls out gingersnap cookie dough into thin, breakable rolls, then sprinkles them with a few coconut shavings and places them inside a new (cleaned) kitty litter box filled with grape nuts.

It is totally gross and I can’t bring myself to even look at it. But more disgusting than Donald Trump? Nah, not even close.

3. A pile of wiggly bugs

Being an avid gardener of decades of failed gardens, I have zero pleasure in this idea, and I don’t even like finding two bugs together. I have eaten escargot once and looking at the little snail ridges on the side of the fried mollusks still haunts me. That was bad enough.

But a pile of wiggly bugs? OMG, puke. So gross.

But . . . still, more disgusting than a man who publicly and violently shames a mother who needs to pump breast milk? I don’t think so.

I don’t know if I just get it from my grandmother who was a nurse and used to watch these shows all the time, or if I genuinely find medical shows interesting, but I don’t mind watching medical shows. Not all of my family agrees with this, but I always say, look, these people may be injured, they may have a hacksaw imbedded in their forearm, they may have a bone sticking out somewhere from a skateboard accident. But they are getting the help they need from these amazing nurses and doctors! So, how can these shows be bad?

So, although a little stomach-turning at times, especially with oozing things or MRI images of the skull where you can see the eyeball . . .  still not as disgusting as Donald Trump.

5. Biting into a long piece of hair that has wrapped around your pizza slice.

This actually happened to me.

Not only did I bite into a long hair in the middle of my pizza, but I took another piece on the other side of the pizza and there was another hair over there.

I can still feel having to pull the hair out of my mouth, and then dry-heaving all night at the thought of eating a pizza with two pieces of hair in it. Ugh. Excuse me. I have to go brush my teeth.

STILL NOT AS DISGUSTING as Donald Trump.

After Kelly pointed out that he had directed that language at many more women than just O'Donnell, Trump said:

That is some quality diplomacy there (dripping sarcasm). Anyone else want a candidate who is respectful to all women, even women he doesn’t like? Novel idea, I know.

If you like this article, please share it! Your clicks keep us alive!
Tags
donald trump
GOP debate
Megan Kelley