“She’s Gotta Have It” Helped Me Process My Assault 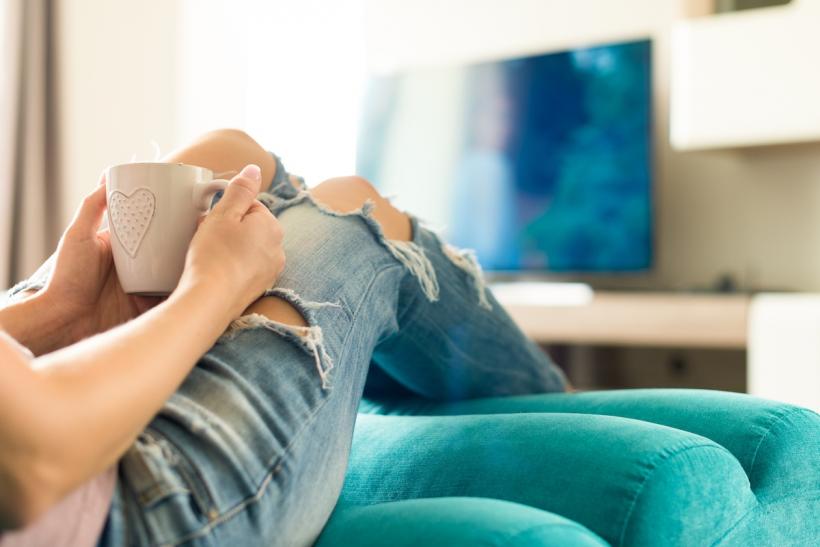 She’s Gotta Have It didn’t help my brain chill out because it came with a much heavier dosage of reality than I expected but, at that moment, it turned out to be what I needed.

I started watching Netflix’s original series She’s Gotta Have It by Spike Lee on a whim. It popped up as a recommended show, and it looked interesting enough, so I pushed play. I was on the hunt for a few hours of escapism because, for me, marathoning a TV show can be an excellent form of self-care. TV gives my brain a chance to chill, something I find challenging thanks to ADD. She’s Gotta Have It didn’t help my brain chill out because it came with a much heavier dosage of reality than I expected but, at that moment, it turned out to be what I needed.

At the end of the first episode, "#DaJumpoff", the main character, Nola Darling (played by DeWanda Wise), is assaulted. One minute, Nola’s walking home from a friend’s house, and the next minute, a man comes out of nowhere to harass her. When Nola doesn’t pay attention to his catcalls, the stranger grabs Nola’s wrist so violently it leaves bruises. I could feel myself holding my breath, heart pounding as Nola tried to get free. And I couldn’t breathe again until Nola was safely behind her locked apartment door, crying.

Once home, Nola’s hands shake as she reaches for a joint, trying to calm down. Her lips quiver and her whole body trembles as she sits on her bed smoking, tears streaming down her face. She’s terrified. She’s in shock.

If someone had taken a picture after my assault, it’s how I would’ve looked, too.

It was a sunny winter day, and I’d gone for a walk on my lunch break to get some fresh air — something I’ve done countless times. But on that particular day, a man followed me. I felt incredibly uneasy as he followed right next to me, talking about my looks. And the uneasiness quickly turned to panic as he continually tried putting his arms around me, grabbing at me. I couldn’t make him stop, and I couldn’t lose him. I wanted to call the police, but dialing 911 in front of him would have escalated an already dangerous situation. It was terrifying.

The feeling of terror as the man then forcefully grabbed me around the waist, holding me close to his body against my will as he tried to kiss me is burned into my memory, but the specifics are hazy. I pushed him, but I’m not sure how many times or how hard. And I ran as he yelled after me, not knowing if he was going to follow, but I don’t know how long I ran. I can still remember the scent of his cologne hanging on my clothing afterward, even though I can’t remember his face.

Instead of providing some sort of silver-lining, being told I was “lucky” made me feel guilty. I felt guilty, as if my fear and anxiety was somehow diminishing the experiences of victims who weren’t able to get away. As if they were the real victims, and I was just dramatic.

The event left me so afraid to leave the house, afraid to leave the safety of that locked front door, that it was hard even to check the mail. I felt nervous in the grocery store if a man grabbed frozen peas out of the freezer next to me. I felt alone and exposed just walking through our neighborhood. I felt like a scared little kid when I rode the city bus, even though I’ve been doing it for over a decade. I barely left the house for months because I didn’t feel safe going anywhere unless my partner was holding my hand.

The assault impacted my ability to share intimate moments with my spouse. When he tried to kiss me, I flinched. When he lovingly wrapped his arms around my waist, I had a panic attack. It took months before I could kiss him goodbye without thinking of the stranger who’d grabbed me. It felt like I was being haunted.

She’s Gotta Have It is far from a perfect show. It’s been rightfully criticized for butchering its portrayal of polyamory and queerness.

But as I continued watching, I found in Nola Darling the friend I’d needed after my own assault. And that was healing.

Because I got away, I felt like my reaction was extreme. People said I was “lucky” because it could’ve been much worse. Instead of providing some sort of silver-lining, being told I was “lucky” made me feel guilty. I felt guilty, as if my fear and anxiety was somehow diminishing the experiences of victims who weren’t able to get away. As if they were the real victims, and I was just dramatic.

When I got home, I sat on my sister’s bed trying not to hyperventilate and reached for a Xanax the way Nola had reached for a joint. I tried to tell my sister what happened but I didn’t have the vocabulary. “A man hugged me and tried to kiss me,” I said. Those are gentle, affectionate words. They weren’t the right words.

I corrected myself, saying he forcefully grabbed me, but that wasn’t right, either. Nothing was strong enough, but I felt like calling it assault would be dramatic because I was “lucky.” I got away.

But even though Nola got away, she unflinchingly called it what it was: assault. She said the word unapologetically, again and again. And each time she said it when talking to friends and lovers, each time she labeled what had happened to her correctly and without downplaying it, I could feel myself processing. It felt like having a friend validating my experience, continuing to tell me that they believed me and that it wasn’t my fault.

Thanks to the rape culture I’d internalized, I went over and over the incident every night as I lay in bed trying to figure out what I’d done wrong. And too many well-meaning people only made this worse. My doctor, when I talked to her about why my anxiety had been so much higher than usual, asked me if I’d been walking at night or if I’d had earbuds in or if I’d been distracted. She told me to be careful as if I hadn’t been.

Even friends said hurtful things. They asked if I’d called 911 or said I was lucky or asked what exactly I’d been doing when it happened. One even responded by simply sending a poop emoji.

For Nola, the fact that she’d gotten away didn’t mean it wasn’t traumatic or that it didn’t impact her. In fact, Nola spends the rest of the season processing her assault. Talking with friends and significant others (who sometimes say really shitting rape-culture-y things, about what happened), making protest art about street harassment, and going to regular therapy so she can talk out the long-term implications of the assault on her relationships and sense of safety. Following Nola on her journey of healing validated my own. It helped me process that even though I got away what I experienced was assault.

If you like this article, please share it! Your clicks keep us alive!
Tags
She's Gotta Have It
Sexual Assault
assault
Spike Lee
rape culture