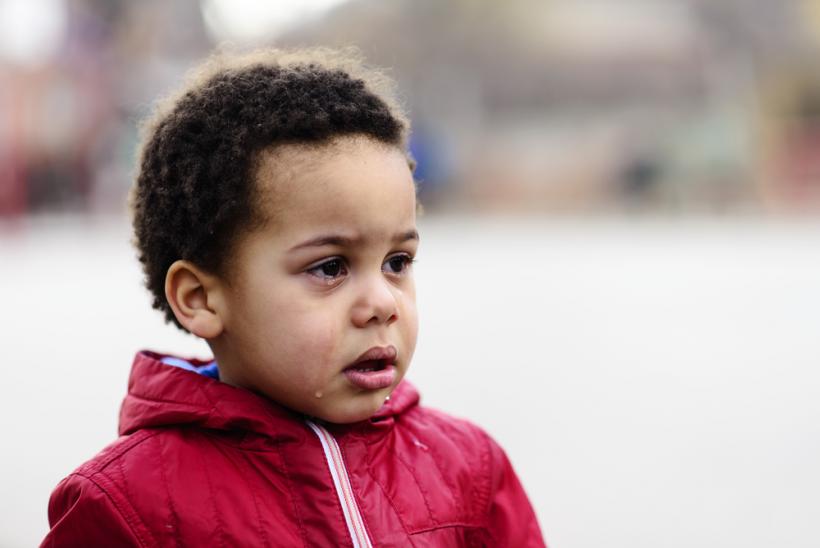 My kid, who turned three the day after Mary the duckling died, wasn’t old enough to get any of it.

If you are queer, trans, anything other than white, poor, or disabled, your parenting journey is going to look different than the “universal” parenting experience. But there are a few truisms that seem to cross the divide. We can pretty much agree, for example, that losing sleep caring for a newborn royally sucks. And we all agree that there are a few “hard talks” that none of us want to have with our kids but have to — and so we stumble through as best we can. Of the tough, facts-of-life chats, one looms larger and more menacing in my mind. Far worse than the often dreaded “where do babies come from” talk is another, darker one.

Sooner or later, we all have to talk to our kids about death.

I was at my neighbors’ house right after they ordered a shipment of baby chicks when the topic came up. The mom was explaining to me that they had ordered “extras, you know, just in case” when her nine-year-old tore into the room scream-whining “they’re not going to die!!! We’ll take good care of them!” He was clearly upset, as they had lost a cat earlier in the year, and he wanted to believe in a world where animals always make it.

She looked at him with equal parts sympathy and exhaustion and said, “Sweetie, sometimes chickens just die.”

As a fellow parent, I nodded, but privately, I was with the emotional boy stomping out of the room.

My family got ducklings later that year. I thought I had all my bases covered. I read all I could about duckling care ahead of time, and we purchased them from a reputable hatchery. As a testament to our confidence, we only got two ducklings because, we reasoned, we only wanted two adult ducks. When we explained what was going to happen to our three-year-old, we didn’t even mention the possibility of loss.

You probably already guessed what happened.

As adults, we learn the language of death prescribed by our cultures, the quiet voices, the “so sorry for your losses.” But very young children don’t know that we prefer to talk about death in particular ways; they don’t know that we politely say “he passed away” in part to shield ourselves and everyone around us from the ugliness of the phrase “he died.”​

After one week in our home, one of the ducklings mysteriously died in the night. Her name was Mary. I found her in the morning, and we buried her tiny body in the backyard with an unripe strawberry. Two weeks later, we got four more ducklings, but one of them, who had been part of a duck hatching project in a kindergarten classroom, was never healthy. For twenty-four hours I fought to keep her with us, but eventually, her tiny heart stopped. Her name was Utahraptor, and my three-year-old enthusiastically helped dig her grave — next to Mary’s.

When we buried her, he had only one question: “Can I see her?” Afterward, he smiled as he helped pack the earth in over her lifeless body.

As adults, we learn the language of death prescribed by our cultures, the quiet voices, the “so sorry for your losses.” But very young children don’t know that we prefer to talk about death in particular ways; they don’t know that we politely say “he passed away” in part to shield ourselves and everyone around us from the ugliness of the phrase “he died.” As idealistic parents, we wanted to be honest with our child to avoid making death unnecessarily scary. Our directness led to something very different than the emotional nine-year-old response. Instead, our kid seemed to have a frank and value-neutral interest in the whole thing.

Babies and toddlers cannot grasp the concept of death, and preschoolers usually view death as something temporary. According to some studies, children begin to understand that death is permanent around four years of age. When scientists look at how kids understand death, they look when and how kids comprehend that it is inevitable, that it is final, and that it is universal. My kid, who turned three the day after Mary the duckling died, wasn’t old enough to get any of it.

“Because young children can't always vocalize their feelings, their thoughts and fears often will come out at unexpected times, like in their play. Remember that play can be the language of childhood, so remain alert to what kids may be trying to tell you through their play.”

That certainly tracks with my own experience. Soon after the loss of both ducklings, there were dead ducklings in all of my child’s games. He would come to us with cupped, empty, hands and say “look, look at my duck, it died.” Some days we would go through this five or six times a day, and then everything would be back to normal again. And while he had shown no emotion at seeing his real pets dead, in his games, he was very clear. Death was something that was sad.

My family lost a dog when I was probably around his age, but I don’t remember her. What I do remember is that her death was a very sad story the whole family told over and over again, and so it was part of my story, too.

The first death I remember was a pet mouse, named Jet, who I insisted on holding a proper funeral for, and my uncles laughed at me mercilessly while I cried. I was seven then. Later that year one of my grandfathers passed away, and then I was initiated into the world of human funerals and saw my father cry for the first time.

Even as an adult, I’ve often wondered if I reacted “correctly” to death, whatever that means.

Often when a death occurs, my brain goes into “crisis” mode and I become strangely numb, only feeling the intensity of my emotions a month or so later. It’s something I’ve worried about a lot, which makes sense considering that our culture loves to police other people’s grief.

Over time, my kid stopped playing “dead duckling” every day, but then something else happened. He started running to check on the remaining ducklings first thing every morning. If one of them wasn’t right where he expected her to be, he would shrug and say, “Oh, Martha died!” Finally, one morning I asked him about it.

“Are you worried about the duckies dying?”

“Do you think about it a lot?”

I have heard it repeated over and over again that farm life gives children a more realistic idea of birth and death. I’m not sure that’s true, although it does help them understand where food comes from and how flippantly many people regard animals. We do not live on a farm, and yet we have decided, for better or for worse, to keep farm-type animals. Whether or not that will give our son a more realistic view of mortality remains to be seen. It’s been months, and just this week he was finally able to tell me, in no uncertain terms, that he is sad Mary died.

What I have learned is that you have to give space to let little kids process things the way they need to, even if it straight up creeps you out. That and, you know, sometimes ducks just die.

If you like this article, please share it! Your clicks keep us alive!
Tags
Kids
toddlers
death
dying
talking about death
parenting
mom
motherhood