Take-Out The Cake: Would You Date A Fat Fetishist? (Part 1) 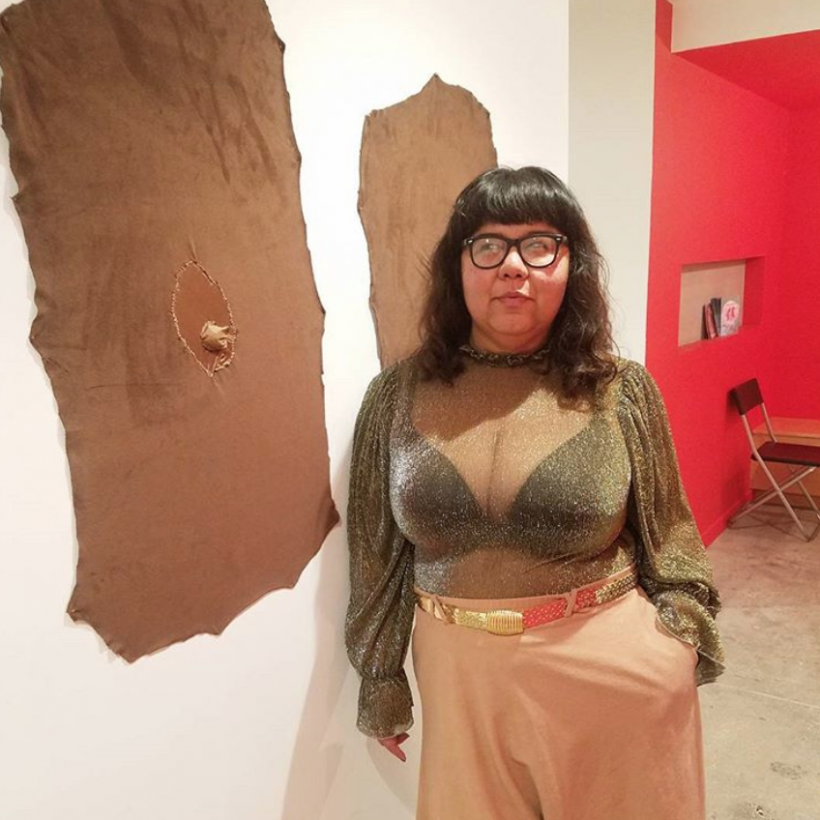 I was talking to Maria del Russo at Refinery29 about my dating life and we landed on the question that always comes up when dating is the subject of an interview:

Would you date a fat fetishist?

It always feels complicated to answer this question, but I promise an honest one by the end of part two. I know that as a fat feminist my reflexive answer is supposed to be “no,” (more like “NOOOooooOOOOO!!!”) but it isn’t. And I figured I’d write about why.

Though I think most people associate the word “fetishist” with freakery, monstrosity, perversion and pathology, I don’t. In fact, I identify as a fetishist. For most of my life (until I was 25, actually) the only thing I could get truly aroused thinking about was breasts; though I’ve only ever dated cisgender men. Many of the men I dated in my early twenties were distressed by my inability to orgasm with — or even around — them ever.

As someone with a master’s degree in Sexuality Studies, I’m super aware of how infinitely complex (and seemingly paradoxical) human sexuality can be. It doesn’t strike me as that odd that I (or anyone) could be obsessed with a body part and be romantically and sexually pursuing only people who don’t have that body part. It was my own life experience that led me to the study of sexuality. In fact, I almost did my research in grad school on fetishism instead of on fat women.

If you were to look at the literature on the subject, you’d find there’s some contention over what constitutes a fetish.

Freud thought only men qualified because he believed that a fetish developed when a boy held onto the fantasy of his mother’s ghost penis (no joke). Freud argued that a boy thinks that his mother has a penis until the moment that he sees her vagina. Once he accepts it is as different from his own genitals he develops a desire to have sex with his mother, which Freud believed was a prerequisite for heterosexual maturity. The fetishist, however, sees the vagina, refuses to accept that it isn’t a penis and then whatever his eyes fall upon after that moment of refusal becomes his sexual “object choice.” Because boys are children and children are short, Freud believed that often what their eyes would fall upon were at eye level or lower. Hence, why he believed many of his patients had shoe or hosiery fixations.

You Might Also Like: My Husband Does Not Get An Award For Loving Me Despite My Fat

The more orthodox experts on fetishism argue that the object of desire must be inanimate and otherwise non-sexual in order to qualify. Others say that fetishism is determined through the intensity and singularity of the desire – obsession, to them, is the ultimate signifier of authenticity.

I never know what someone means when they say “fat fetishist.” The word “fetish” gets tossed around a lot, and I’ve found that it’s a catch-all word for anyone whose desires fall outside the socially acceptable spectrum of human sexual behavior in our culture. It’s a word for anyone whose sexuality might cause someone to gasp or wrinkle their nose. When people ask me about whether I’d date a fat fetishist, I get the sense that they might mean anything from someone with a strong preference for fatness to someone intent upon utterly dehumanizing and sexualizing a person because they are fat.

So last week I decided to ask a bunch of smart people (i.e., my Facebook friends) to define “fat fetishism” in their own words. I got over 100 really thoughtful replies. Most responses echoed that it is someone who sees fat people as interchangeable and is only attracted to a body, not a full and complex human. Some said that the fat person’s personality was maybe not irrelevant, but was secondary. Others said that a fat fetishist only loves or is interested in their partner when they’re fat and if they stop being fat then the love and interest goes away.

To me, most of these words describe everyday life for women. Under sexism ALL women are rendered as bodies first and people second. Especially thin women. Women dedicate so much time to becoming or remaining thin because they believe that a thin body is a prerequisite for romantic partnership. And if they were to watch movies, look at magazines, glance at billboards or read the OkCupid blog, they’d probably get the sense that they’re correct. Diet culture thrives because women know that if they gain weight during a long term relationship they risk being accused of causing infidelity.

How is this not an entire culture normalizing the dehumanization of a person?

How is this not putting body before personality?

How is this not making love and attention conditional upon body size?

In short, how is this not fetishism?

Does it only become fetishism when it’s happening to a fat person?

Others pointed out that fat fetishists got off on the fact that fatness is “dirty” or taboo. One person said she’d been in a meaningful relationship with a fat fetishist for many years. Another said her experience with a fat fetishist became emotionally abusive: “I felt like I was wearing my body, and my body was getting all the (always sexual) attention, but I disappeared as a person. I had no choice to be sexualized at all times. At first, being fancied for my body was exciting and invigorating - as a fat person all my life I'd never really experienced it before. But the relationship atrophied and my sense of self was obliterated by his fetishising gaze. It became emotionally abusive because I had no personhood… to me it boils down to another form of abuse of power in a relationship, with potentially lasting negative effects.”

I returned to the original question that Maria posed after reading the replies. My answer still wasn’t “definitely no.” So, I started to think of where my own line in the sand was.

If you like this article, please share it! Your clicks keep us alive!
Tags
body image
Body Positive
take the cake
Virgie Tovar
fat fetish