Is Your People Pleasing Personality Killing Your Relationship? 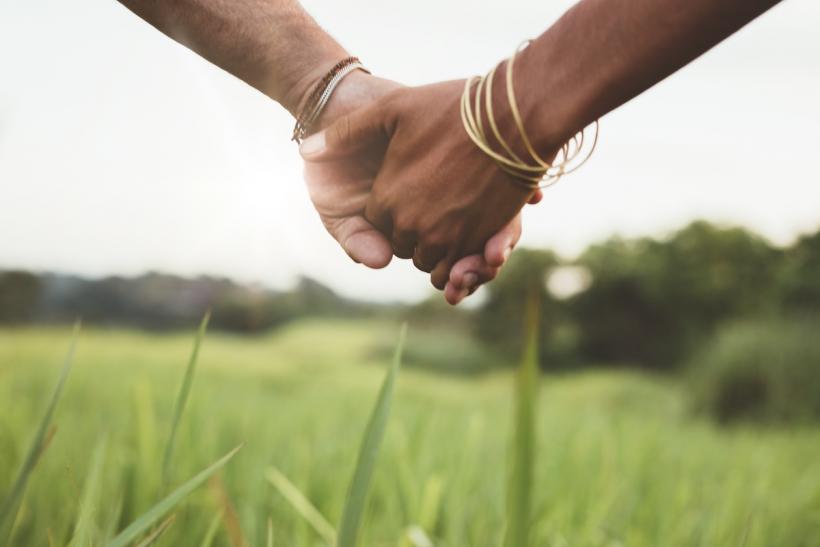 Taking care of yourself and conquering your people-pleasing ways doesn’t give you license to stop caring about other people’s feelings — especially your partner’s.

Someone once told me she was born knowing exactly who she was, and she’d never had a problem being herself. She said if there was anyone in the world who had a problem with her, that was their issue, not hers. I remember thinking that I’d never been less able to relate to anyone in my life.

As far back as I can remember, I’ve been trying to figure out what people want from me, and then doing my best to give it to them. I grew up not knowing who I was, outside of who people told me I was: the perfect daughter my mother always dreamed of, the bratty little sister who made my brother’s life miserable, the straight-A student, the good mom.

The idea of someone not liking me, or thinking I wasn’t a good person, always filled me with panic and shame.

But what was a “good” person, anyway? As far as I could see, it seemed to entail always putting other people first, never speaking up for yourself, and apologizing a lot.

It’s still hard for me to wrap my head around the fact that there are people in this world who are so sure of themselves, they don’t care what other people think of them. I’ve spent my life trying to make people happy like it’s my job. I thought if I made people happy, they’d love me. But could my people-pleasing personality actually be the reason I’ve had so much trouble with relationships over the years?

The problem with people-pleasing.

What’s so bad about trying to make other people happy, anyway? Being a people-pleaser might sound like a good thing; the problem lies with the motivation behind the people-pleasing behavior. As much as people-pleasers might do nice things for others and may appear big-hearted and selfless, they’re not really doing these things for the good of others. They’re doing it to feel better about themselves; to feel worthy of love, and to stave off their fear of rejection and abandonment.

That’s not to say people-pleasers don’t care about other people. They’re not selfish monsters just trying to build themselves up; they’re often truly generous, kind people who want to do good in the world. But they’re also often unaware of their own motivations, and puzzled by why they end up feeling resentful and depressed.

Why do they feel so bad, when they’re trying so hard to be good?

Psychologist Jay Earley, who’s written extensively on this topic, says people-pleasers are prone to extreme anger when their behavior causes them to lose sight of their own needs. In this way, people-pleasing has a lot in common with codependence; in a codependent relationship, you’re so caught up in your partner’s life, you neglect your own well being. “People please, please, please, please, and then they explode,” says Earley. This explosion can manifest outward, for example, in a fit of temper, or it can turn inward, calcifying into resentment and depression. “If you’ve been a pleaser for a long time, you’re going to get more and more resentful of the person you’re pleasing, and that can lead to passive-aggressive behavior,” explains Earley.

Where do people-pleasers come from?

So why am I, along with so many other people, wired this way? We didn’t just decide to walk around like ticking time bombs, doing for others until we explode with rage or simmer with resentment. Were we born like this, or were we made?

Not surprisingly, codependents and people-pleasers both tend to pick up this behavior in childhood. Psychologist Hap LeCrone says these behaviors stem from “long-held feelings and beliefs of inadequacy going back to childhood and adolescence.” Our parents or caregivers may have made us feel that their love was conditional, they may have rejected us, or they may have only been intermittently available to us. So we tried to win them over by being “good” and making them happy, which we hoped would make them give us the love and care we needed.

It might seem like a cop-out to blame your relationship problems on your crappy childhood; after all, aren’t we adults now, and shouldn’t we be over this stuff? Short answer: no. “Feelings experienced in the unconscious at any time in a person’s life, including childhood, are permanent,” writes psychologist John Sarno, author of The Divided Mind. “Anger, hurt, emotional pain and sadness generated in childhood will stay with you all your life.”

How to stop people-pleasing without turning into a jerk.

So, if you’re a people-pleaser, should you just stop doing nice things for your partner and start putting yourself first in all situations? Yes and no.

They key, says Earley, is examining your own motivations. “Ask yourself, ‘Why am I doing this? Is it because I really care about this person, or because I’m afraid I’m going to lose them?'” Working with a therapist who can help you discover the roots of your behavior can be invaluable. Growing up in a household where one or both of your parents struggled with addiction, mental illness, or their own codependent issues may have caused you to feel insecure and fearful; people-pleasing may have been a coping mechanism that you developed for the sake of your own survival. “People-pleasing behavior comes from fear, from an assumption that others are in control of you,” says Earley. “Healthy behavior comes from genuinely wanting to be connected to people,”

Learn to say no, kindly but firmly, when someone asks you to do something you don’t want to do. LeCrone encourages role-playing with his clients; they literally practice saying no. “Just the thought of saying no can cause a lot of anxiety at first. But after a while, they get a feel for it.” And if you struggle with people-pleasing instincts, it’s a good idea to take some time before saying yes or no. Don’t reply to that email right away; make it a policy to wait a few hours, or at least a few minutes, before responding to a request.

Taking care of yourself and conquering your people-pleasing ways doesn’t give you license to stop caring about other people’s feelings — especially your partner’s. There will be times you need to put your own needs aside and put your partner first. But be conscious of why you’re doing it. If you do it because you feel guilty, fearful, pressured, or insecure, examine your motivations more closely. Do nice things for your partner — and for others — because you genuinely care about them and want to help them. Otherwise, it’s a recipe for a simmering stew of resentment — and it just might blow up in your face.

If you like this article, please share it! Your clicks keep us alive!
Tags
people pleaser
codependency
codependent relationships
Relationships
people-pleasing