What Does Teen Sexting Mean For The Standards Of Future Politicians? 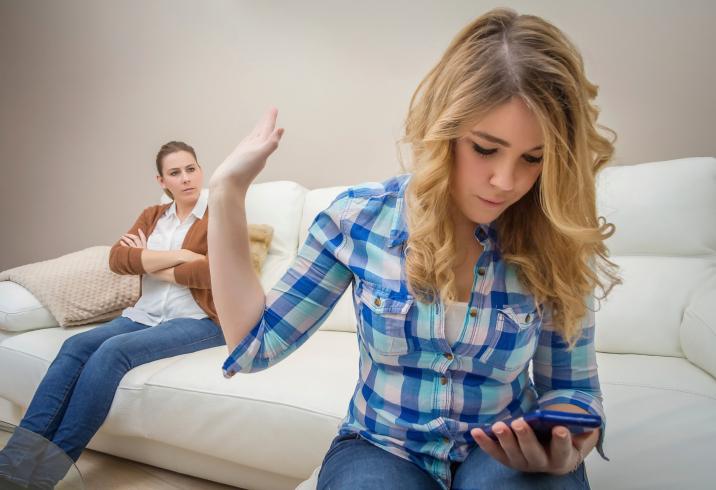 Honey, putting your boobs on Instgram will ruin your shot at being a state representative. Credit: Thinkstock

Today, The Atlantic ran an exposé on teen sexting called "Why Kids Sext." While teens experimenting with sexual behavior is nothing new (if you say otherwise, your memory is failing you), a central question that dominated my mind while reading was:

If an estimated third of all teens are sending and spreading sexually suggestive pictures, how will future perceptions of sexual expression, and other forms of adolescent rebellion, ultimately be altered?

According the The Atlantic, not only are teens sexting as if it were a normal part of their day, but the recipients are sharing the pictures—both with friends and online. Many of the subjects of the shared pics aren't upset, either. When journalist Hanna Rosin questioned the teens about who was sexting, they vaguely said "everyone." And so it seems. An Instagram account, full of salacious teen photos, recently wreaked havoc on a town in central Virginia. Upon investigating, and discovering a veritable mountain of evidence on smartphones, the sheriff's department decided not to consider the crime to be "distribution of child pornography." There were just too many kids involved and, according to Major Donald Lowe, they didn't want to prosecute the youth “just for being stupid. We don’t want to label them as child molesters.”

Instead, authorities focused on educating the voyeuristic kids on how the pictures may shape their futures. Blackmail? Professional setbacks? The teens (apparently) rolled their eyes and continued chewing gum, completely unfazed by the lecture. Given such a response, my question is all the more pertinent: How will all of this rampantly distributed, salacious material affect the future of these teens? Will it strengthen current mores—or lead to some change in public perception of such expressions?

A Trip Down Political Memory Lane

Back in January 1999, we witnessed then-President Clinton endure an impeachment trial regarding his *lies about not having had "sexual relations" with Monica Lewinsky. Former U.S. representative Anthony Weiner ruined his career with a sexting scandal. When Weiner tried to make a new start by running for New York City's mayor, he blamed his failure on the Internet. Had he run before its prominence, he argued, the election would be his. And, honestly, ol' "Carlos Danger" may have had a point.

On the other hand, past "wrongs" seem to be more forgivable. Before he was elected, President Obama admitted in his memoir to using pot and cocaine as a youngster. Some felt that this should be investigated, but nothing much came of it. George W. Bush was asked about drug usage, but provided an ambiguous answer: "When I was young and irresponsible, I was young and irresponsible." Former New York governor David Paterson confessed to using cocaine and pot when he was in his 20s and cheating on his wife (like Clinton). Because it was in the past, it was never, gasp, a scandal. Then there's drug addled Mayor Ford, but—please—let's not allow Canada to set an example (they gave us Nickelback and Avril Lavigne. Enough said).

Alright, so we see a pattern here: extracurricular sex is bad when the politician is currently in the public's eye. However, admitting to a past delinquency is okay. It seems that confessing can be perceived as admirable. The message is, "Hey, I'm a human—just like all of you lowly voters electing me!"

Questions About Our Political Future

A citizen must be 35 years of age to run for President of the United States. Though the youngest president we've had to date was 43 when he entered office (that would be sexy JFK, ladies), let's be hypothetical for a moment. A person who's 15 years-old today will be eligible to run for the highest office in the land in 20 years. Realistically, 20 years isn't a long time: a mere two decades. Given the prevalence of teen sexting, it is likely that many future politicians will have some naughty pictures of their young bodies floating out on the web.

Will nude pictures one day be the equivalent of Obama admitting that he smoked pot and snorted cocaine? Or, will we see an emerging class of extra cautious folks who knew—even at age 15—that producing such material would eventually haunt them? Perhaps there's a degree of foresight present in certain people that we haven't yet witnessed, because previously it wasn't necessary.

Regardless, given the apparently tremendous prevalence of teen sexting, it seems our cultural perception of sexuality will continue to morph . . . we'll just have to wait to see how.