Let Him Dance: The Fight To Protect Gender-Expansive Youth 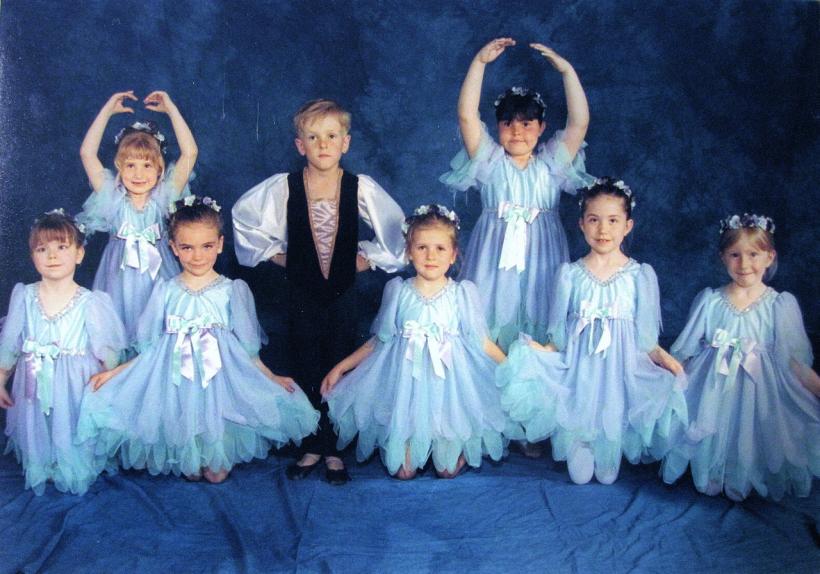 Every single young person who is fighting to define themselves—trans kids, queer kids, gender fluid kids—need to be protected. They need to belong.

I grew up taking on bullies who slammed me against walls and strangers who told me I was in the wrong bathroom. I was called a fag before I even knew what a fag was.

Boys can't have long hair. That's the message that I got, over and over again. That's the gender box I fiercely refused to step inside, the reason I cried myself to sleep when I was 11 years old. I didn't match the traditional "boy" image, and I was fought every day for it.

For Damien Strum. For Ash Haffner. For the others.

We live in a society in which your gender is perceived to be one of the most defining characteristics of who you are. Children are placed within a gender binary before they're even born; then we color them pink or blue, immerse them in gender-based marketing, and often assume that's all there is to it.

It’s Time For A Revolution

As a cisgender boy, I gradually began to respond to being misgendered with anger and indignation, rather than uncertainty or despair. I never faced gender policing, harassment, and violence in the same way that it is experienced by trans people. Whenever I was asked if I was a boy or a girl, I had an easy answer.

We need to stop viewing gender as a binary, because some young people don’t have those easy answers, and they deserve to feel safe and confident in themselves and the people around them. No matter what.

“Gender to me is an integral part of our humanity. Gender belongs to the individual, not to the institutions. It isn’t for the doctors to impose. It isn’t something for your school or your family or your community to determine. It’s yours.” — Tiq Milan, After Leelah Alcorn’s Death 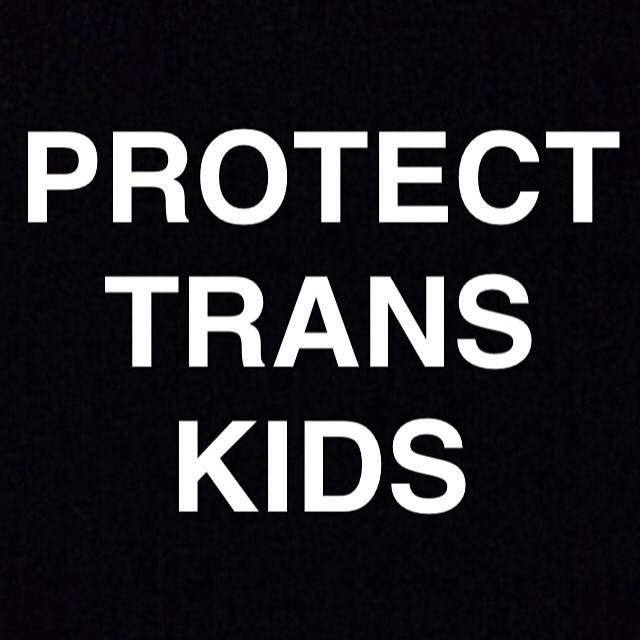 Gender is a spectrum. It’s not black and white. There is no "opposite" gender; the binary concept fails to capture the rich variation that exists within gender identity.

Every single young person who is fighting to define themselves — trans kids, queer kids, gender fluid kids — need to be protected. They need to belong. 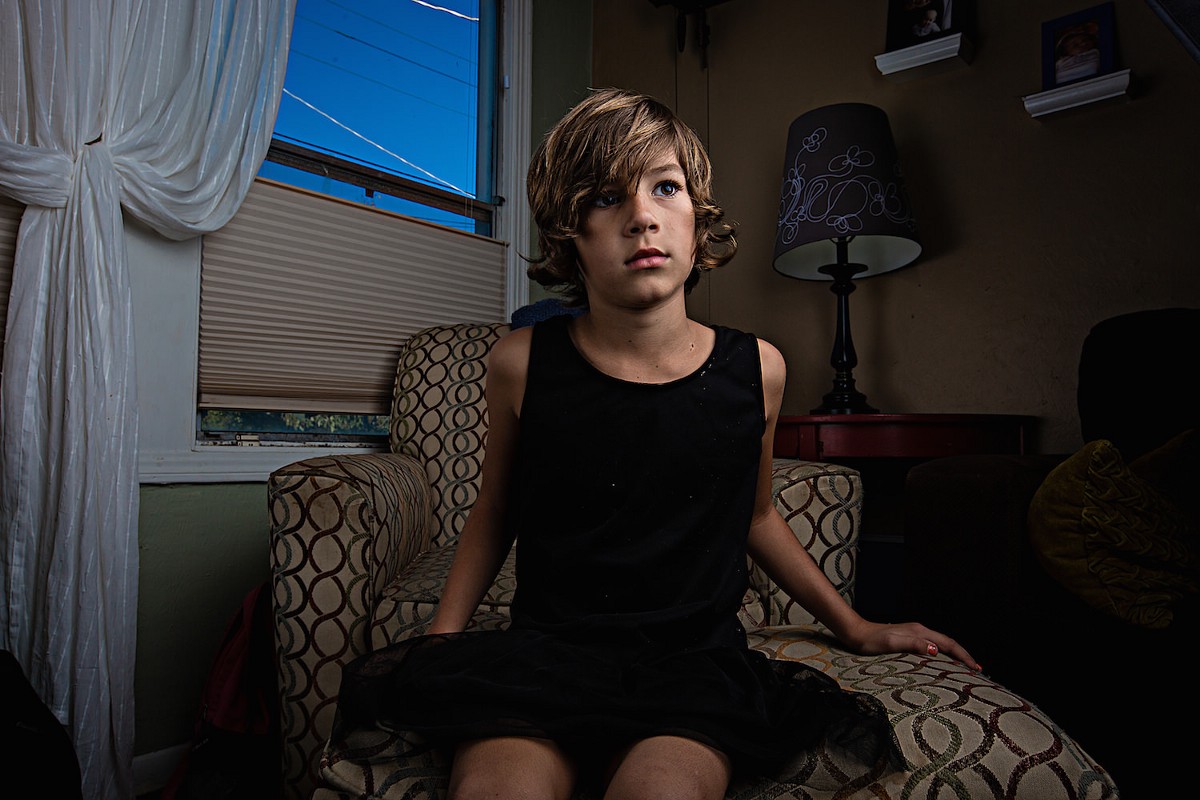 “I need to know that I am loved and accepted and believed in, and that life has a point and I will find it someday. That’s just getting harder and harder to believe.” — A gender-expansive youth documented by Human Rights Campaign

It begins with making space for gender fluidity. It’s important, but it’s not complicated. We need to implement gender-neutral bathrooms and gender-inclusive language. We need to acknowledge cis privilege and work to subvert it by supporting LGBTQ shelters, gender-expansive education, and trans representation in media.

We need more people to take leadership on these issues, and we need them urgently.

“The biggest struggle [about being trans] probably has to be that I felt as though I wasn’t supposed to exist because society does not create a space for people whose gender identity deviates at all from their gender assigned to them at birth.” — Shane Henise, After Leelah Alcorn’s DeathRhys Harper, The Transcending Gender Project 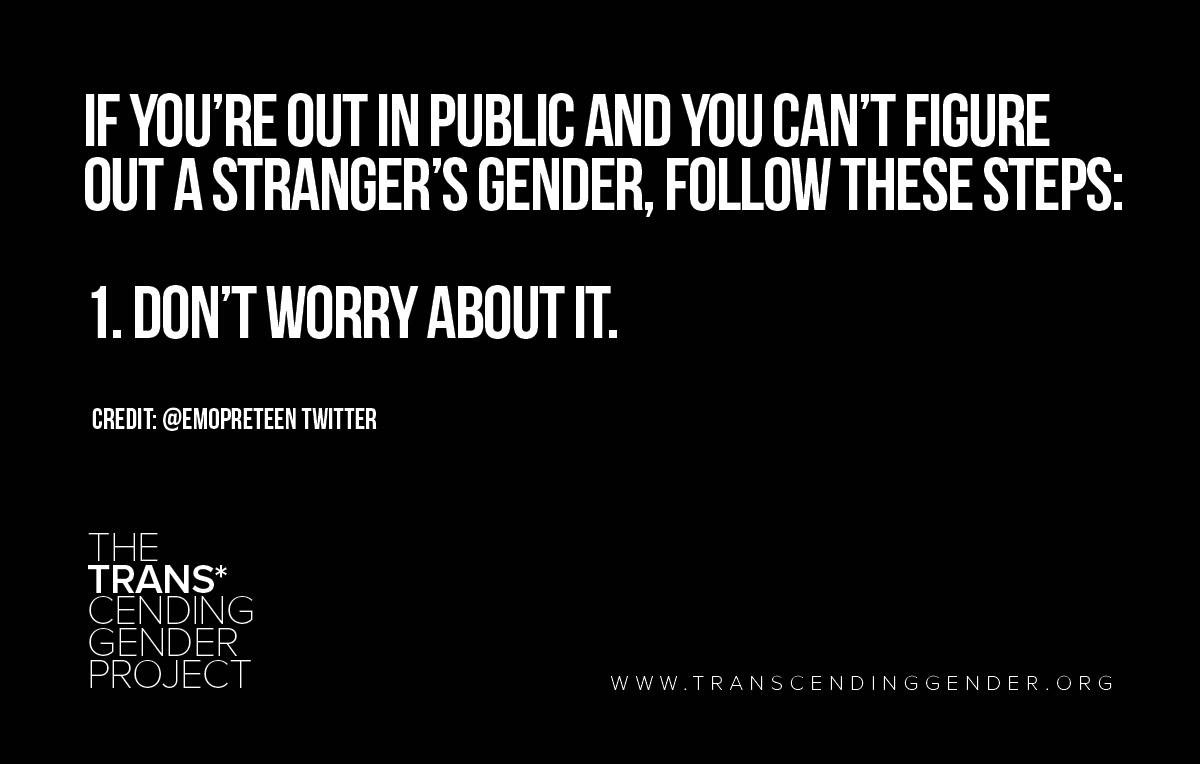 Gender identity is a matter of life and death.

“My death needs to mean something. My death needs to be counted in the number of transgender people who commit suicide this year. I want someone to look at that number and say ‘that’s fucked up’ and fix it. Fix society. Please.” — Leelah Alcorn’s suicide note

There are children who don’t identify with the gender they were assigned at birth. There are youth who are forced to wear a mask in order to protect themselves, or whose gender identity is rejected by their parents.

Those children exist. They are strong and vibrant and utterly valuable, and many of them are dying. The suicide rate among transgender people is staggeringly high. My heart is heavy with the losses of Aubrey, Leelah, Zander, Melonie, Ash, and the deaths that have not — or cannot — be named.

“More than liberal righteous anger, we need concrete funding for trans shelters, scholarships, program grants. More than nihilistic leftist rhetoric, we need creativity and transformation. We need people to stop talking about how trans women get killed all the time. We need people to start telling us that they won’t let us die.” — Kai Cheng Tom, Someone Tell Me That I’ll Live: On Murder, Media, and Being a Trans Woman in 2015

So let’s reach out on an interpersonal level. Let’s put money into LGBTQ community programs. Let’s pressure political leaders on a national level.

Let’s say it, and mean it: We will not let them die.

I joined the cheerleading team when I was nine, I dressed up as a princess for Halloween when I was 12, and I took every bruise and insult that came with it. But I was lucky. To fit society’s gender-normative anatomy, to have parents that loved and supported me. I was safe.

LGBTQ youth need more than hashtags and social media solidarity. So after a decade of resisting gender-based bullying, I’m cutting my hair and raising as much money as I can to donate to The Trevor Project.

It’s not enough, but it’s a start.

Please donate to my fundraising page for The Trevor Project here: igg.me/at/protect-gender-expansive-youth

This story first appeared on Medium.

If you like this article, please share it! Your clicks keep us alive!
Tags
gender-expansive
trans
transphobia
leelah
trevor project
gender binary 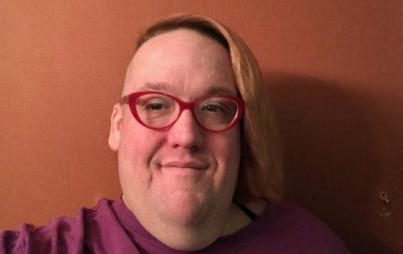 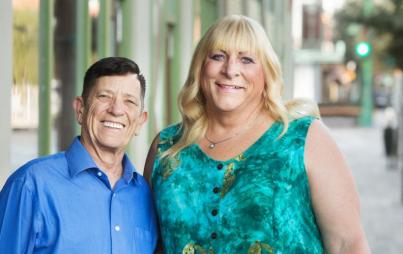 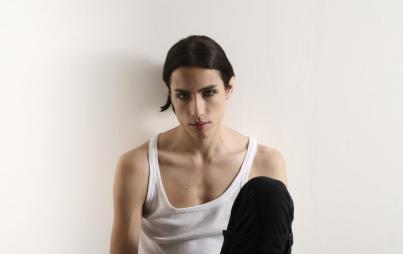