5 Things To Consider Before Choosing A Halloween Costume 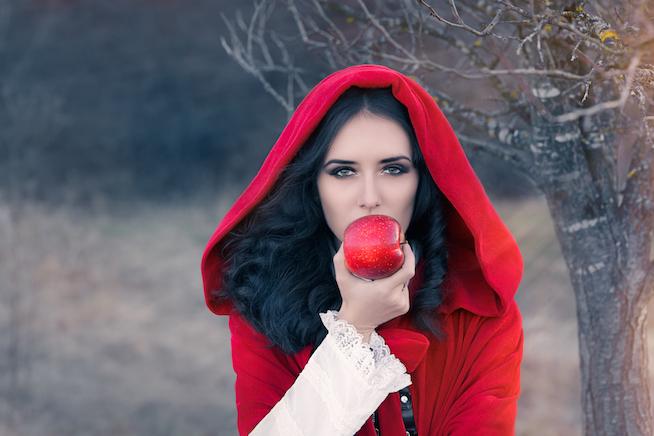 It’s almost that time again. That time of year where people inevitably make bad decisions in the name of trying to be funny. OK, fine, that happens everyday on the Internet. In real life though, we seem to reach Peak Asshole around Halloween.

If you need a costume, you fall into one of three categories: You want it to be easy, you want to look hot, or you want to be clever. I’m talking to those of you in group three, and some of you in group two. Pay attention. Do not sacrifice your desire to be noticed for your God-given common sense.

There are five things to consider before choosing an edgy Halloween costume:

1. Does It Commodify Someone’s Marginalization?

The obvious example is the now-infamous Caitlin Jenner costume. A petition to stop the costume’s sale has earned tens of thousands of signatures. Jenner herself is making the best of it. In an interview with Matt Lauer, she says she doesn’t think it’s transphobic, and feels like she’s in on the joke.

The thing is, Jenner doesn’t speak for all trans people. One indigenous person saying they’re fine with sexy Pocahontas costumes doesn’t make it OK for a bunch of white people to start wearing them.

Halloween costumes that pillage a frequently marginalized group for a joke or an aesthetic are offsides. This would include your sexy Pocahontas, your Geisha costumes, and basically any country’s traditional dress that isn’t actually a part of your heritage. Also: no fat suits.

2. Does It Make Someone’s Pain A Punchline?

Probably the best example of this is last year’s Ray & Janay Rice costume. Rice is the pro football player whose contract was terminated after video surfaced showing what appeared to be him punching his wife Janay in an elevator.

If your costume requires capitalizing on someone’s distress, pain, or personal destruction to be funny, it’s not OK. In other words, it will always be too soon to dress up as Jihadi John. Be funnier.

3. Does It Require Context If Someone Happens To Take A Picture Of You?

Oh, the 21-year-old Australian girl who threw an “African-themed” costume party. She says she plans to go to Africa to teach English, and never intended to offend.

Without her heartfelt explanation, all you see in the photos is a number of people who seem to be mocking an entire continent. And a sad-ass elephant.

If a picture of your costume happens to end up on Insta, and without the benefit of your explanation it’s, you know, completely racist and ignorant, maybe go another direction.

4. Can Your “Tribute” Be Misconstrued?

Remember Julianne Hough’s misguided acclaim for Orange is the New Black? Dressing up as Piper would have been très obvious, so she decided she would go as Crazy Eyes. With blackface.

Listen, white girl: You might love Whitney Houston, Beyoncé, or Diana Ross, and there is no doubt those would all be kickass Halloween costumes. I idolize Olivia Pope from Scandal and pretend to be her on a daily basis in my own little mind-movie.  But before you move admiration into action, ask yourself if it involves cultural appropriation and/or treading on painful racist history of a culture that isn’t yours.

Which brings us to:

There are lots of edgy, current-events costumes that aren’t covered by this list. Be Kim Davis in a prison jumpsuit. Be Megyn Kelly covered in blood. That one raises a feminist issue and makes fun of Donald Trump.

I’m going as Nicole Arbour. I spout bullshit 365 days a year, I can surely add a blonde wig, make some stupid faces, and call it a costume.

Finally, if you insist on calling me a PC killjoy, ignoring my advice, and being an asshole this Halloween, I implore you to choose a heritage that is (probably) not yours AND a serious situation that is far too awful to mock: be a Syrian refugee. At least that way you will raise awareness about a global crisis while you’re being an asshole.

If you like this article, please share it! Your clicks keep us alive!
Tags
Halloween
Caitlyn Jenner
racist
sexist