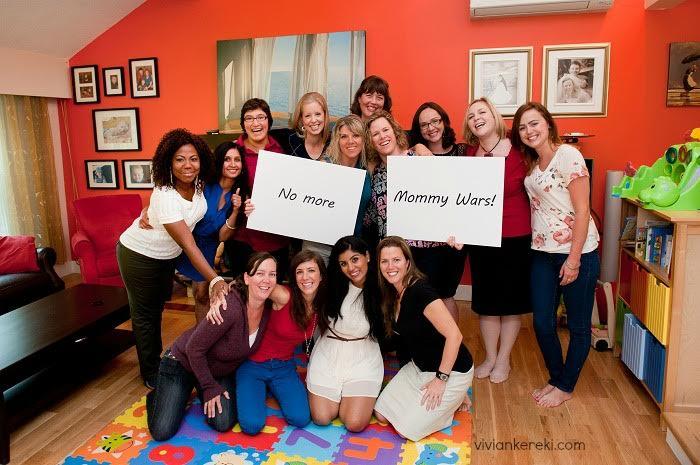 “I might not agree with your parenting philosophy, but I can disagree with you in a kind and constructive way.”

Shauna Stewart-Douglas is a V.P of Operations for a tech company in British Columbia, Canada. She is also a mother. Her daughter was born in April 2012. As a new mother, Stewart-Douglas wanted to feel there was a place for herself and other moms to unite online. When her daughter was six weeks old, she created a collection of online support groups for mothers in Canada. There are groups in Vancouver, Victoria, and Kelowna. The idea was to be able to have moms go to an online support group day or night. They would be able to hear from other women who were going through the same things they were.

They were closed Facebook groups. She called them The Mosaic Moms Family. She chose to make them closed as opposed to “secret.”

“I wanted moms who were searching for these kinds of groups to be able to find the group. If they were secret, then they wouldn’t have access to them,” Stewart-Douglas said.

In The Mosaic Moms Family, Stewart-Douglas strove to make a space were moms tolerated one another.

“After we had been doing the group for a year and half, there was a recurring theme. The idea is for it to be a non-judgmental space for parents.”

Still, despite her intentions, she noticed that there was an inherent competition associated with being a parent. This frustrated and confused her. She wanted to change this. In 2013, Stewart-Douglas found a viral photo project created by CT working moms. It was called End The Mommy Wars.

Stewart-Douglas asked The Mosaic Moms group if they would be interested in doing a Canadian version of this photo project. There was an enthusiastic resounding, "Yes!"

The project took place in Victoria, British Columbia and it was called “No More Mommy Wars.”

Her first step was this: she sent a note to the women in The Mosaic Moms Group asking them to list “the issues that you want another mom to know that you support her on.” The moms came through and wrote what was important to them. Stewart-Douglas created a master list, and she we created signs. She was able to gather local moms as well as businesses who volunteered their time to support the project.

“We are all starting from a place of complete and utter crazy love for our kids. If we can start there, when differences come up, hopefully we can approach people that are doing things in a totally different way from us in an inclusive, loving and non-judgmental way,” Stewart-Douglas says.

Everything related to the photo project was supported by local businesses.

Island Blue Print in Victoria printed the signs used in the photos. A mother offered her house to use for the shoot. A local photographer, Vivian Kereki, who mostly does pregnancy and newborns photos, volunteered her time to photograph “No More Mommy Wars.”

After the project was completed, Stewart-Douglas posted the photos on her website.

The moms had a launch event at Mothering Touch, a community center for expecting parents. The Canadian media came to cover the event.

After the event, Shauna started contacted various Facebook pages and told them about the project. They, in turn, shared it. It went viral. CBC saw it, and Stewart-Douglas was interviewed on CBC radio.

It’s now 2015, and the photos from No More Mommy Wars have resurfaced again. In fact, they’ve gone viral on Facebook! One might be wondering, This project took place in 2013, so why is it coming back to the surface now?  Stewart-Douglas had some thoughts on the subject:

“The topic is always pertinent. There’s always a huge group of women who are embarking on this journey for the first time. We love kids fiercely and we don’t want to make mistakes. But there’s always someone who is going to tell us that we are."

Perhaps Stewart Douglas is onto something when she says:

“I might not agree with your parenting philosophy, but I can disagree with you in a kind and constructive way.”

There is no end in sight for the Mommy Wars, but it looks like Stewart-Douglas has made some progress.

If you like this article, please share it! Your clicks keep us alive!
Tags
no more mommy-wars
Canada
parenting