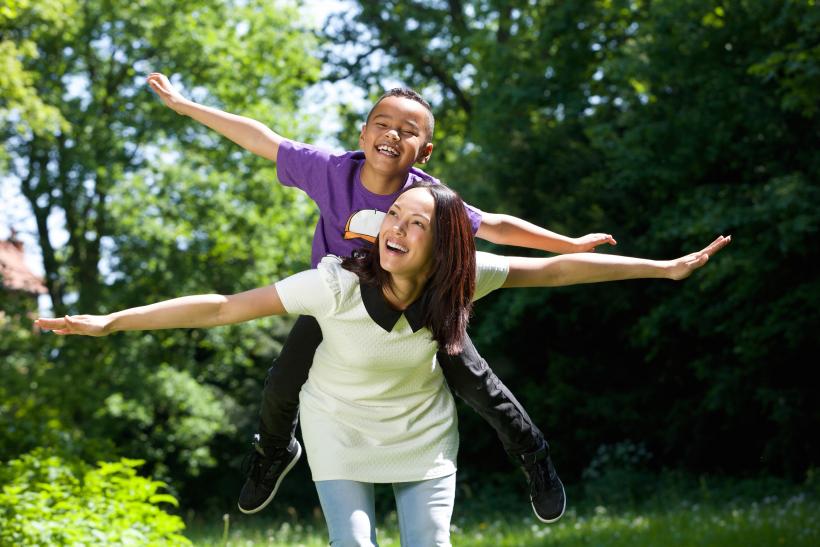 I don't think I had ever realized how important it is to me that my son be able to think for himself and be his own person. Image: Thinkstock.

I walked through our neighborhood the other day with my son and a friend — one who happens to be a year older than him, but is still in his grade.

We were on our way to the local park and the two boys walked about five steps in front of me as I waddled along behind (I’m pregnant and due in one month, so waddling is necessary at this point).

I gave them their space, but could still overhear bits and pieces of their conversation.

Then I heard it.

My son agreed with his friend on something that I knew he knew wasn’t true. I could see that he was so influenced by his friend that he just went with it anyway.

The conversation wasn’t about anything major or life-threatening, but it stirred up some emotions for me.

I don't think I had ever realized how important it is to me that my son be able to think for himself and be his own person.

We live in a world where people are easily influenced. Heck, I’m a writer and influencer for a living, so I get this in its most extreme state. I count my followers on a daily basis and watch my influence grow to a larger and larger audience.

But when it comes to the nitty-gritty — the big life decisions — I want my son to have a strong head on his shoulders and do what he instinctively knows is right for him.

Sometimes, he may need to take the road less traveled, and that’s OK.

When we spend so much time striving to fit in in a world where it’s sometimes difficult to find where our puzzle piece fits, being different or having a different opinion can seem scary.

But then, as a parent, I wonder: How do we show our children this? It’s an easy enough topic to talk about, but leading by example on this one is tough, especially since he may not have the opportunity to see me in situations where I’m standing up and being my own person.

We must try, though, or else we are raising a generation of followers.

So when it comes down to it, what do I want my son to know about being his own person?

On the one hand, I want him to know that it’s not easy.

It can be challenging to set yourself apart from the crowd, to say that you like blue in a pool of red. And then we are faced with the need to defend our choice.

When we spend so much time striving to fit in in a world where it’s sometimes difficult to find where our puzzle piece fits, being different or having a different opinion can seem scary.

But I also want him to know that being his own person will make him happier in the end.

I used to be stuck in a corporate job that I hated. In fact, I lost weight and had a stomachache every single day at work. I was treated unfairly and it was a bad situation overall — but it did come with a steady paycheck.

After a lot of consideration, I gave this up to jump headfirst into self-employment. While I didn’t have the steady paycheck at first, or the support of those around me (mostly because no one really understood what I was doing or how it was going to pay off), everyone finally saw how much happier I was.

My businesses finally grew and I was able to write my success story. Now I get to be my own boss and a stay-at-home mom. Yes, sometimes I bite off more than I can chew, and it gets stressful.

But at the end of the day, I’m so much happier: both because I'm doing what I love and because my choices were mine.

While my son is a little too young to understand that himself, I will tell him my story until I’m blue in the face.

As a mom, you want what’s best for your kids. You want them to be happy.

Make sure they know that being their own person is the key to unlocking that door.

If you like this article, please share it! Your clicks keep us alive!
Tags
independence
self-growth
self-esteem
self-respect
growing up
choices
decisions
influence
writer
Children
parenting
being your own person