Dancing On The Poverty Line: It Was Never Supposed To Be Like This 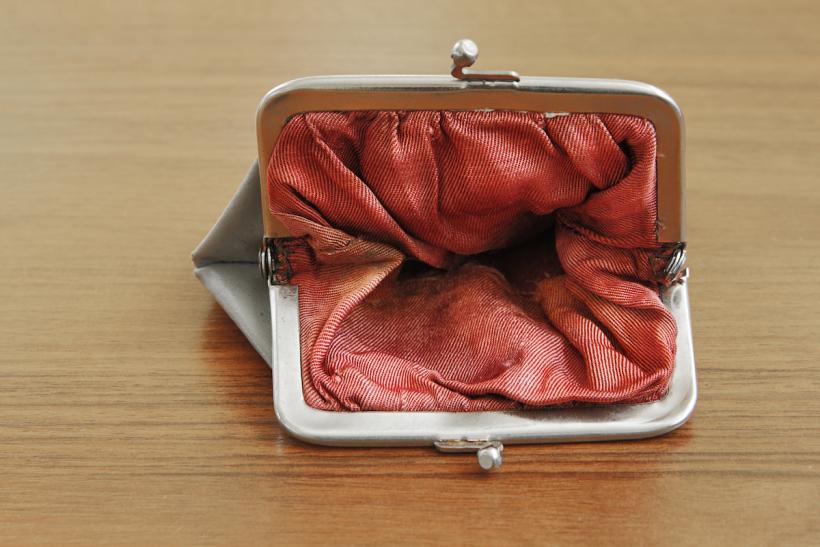 He wiggles his little baby body around, throws his head up and down, and lets out a barking laugh. He doesn’t know that we are broke.

My day begins after my wife leaves to catch the bus to the job she never wanted — making food for yuppies. I kiss her goodbye, and she kisses the baby goodbye. He laughs because kissing is new to him and he thinks it is exciting and funny. I laugh because he laughs, and laughter is social and contagious.

She steps out the door; she is gone. The bus costs one dollar and fifty cents. If she takes it to and from work five days a week, it costs us fifteen dollars a week.

If I go anywhere, to the cheap grocery store, or to a cafe to work, that’s extra. I worry.

I survived, but the ordeal left me completely unable to work for months and months, and living “paycheck to paycheck” quickly turned into living on the hard edge of the knife, in constant terror that we might fall off.

These days, we are trying to catch up. My wife works five days a week, in a kitchen where she makes food for people who don’t think it’s a big deal to pay fifteen dollars for a salad.

Canned beans only ever make one meal.

And I write, constantly trying to find a little bit of time to churn out a little bit more work. I write on a borrowed laptop because all of our old computers are finally too broken to connect to the internet.

We do not have one day off in common a week — my wife works five days, I work closer to seven.

Every night after we put the baby to bed, my wife stays up late cleaning the kitchen, and I stay up late working. We wake up tired. We drink too much coffee.

We are living just exactly on the poverty line.

I hold the baby up by his chubby arms, and his strong baby legs reach down to the ugly brown carpet on our living room floor.

Some days. I wonder if I want him playing on this carpet. I wonder how many tenants this carpet has seen, and if it has ever been steam cleaned; and some days, I don’t have the energy to worry about it.

The living room rug that I want costs thirty-nine dollars.

When I have him in a standing position, he dances. He wiggles his little baby body around, throws his head up and down and lets out a barking laugh. He doesn’t know that we are broke.

He isn’t broke. He’s rich. He has roughly one thousand toys; almost all of them came from his grandparents.

We are dancing, he and I.

I try to keep him busy so I can work. I get out five brightly-colored toys. He ignores them all and goes for my water bottle.

I decide to let him play with it. I watch him run the nozzle along the brown carpet that I haven’t had time to vacuum, and I cringe, making myself look away to open the laptop.

I get halfway through sending an email.

I get up and change his diaper. Diapers cost eighteen cents each if we can get a ride out to the big box store and get the big box of the off-brand ones. If we buy them at the drugstore around the corner, they cost twenty-four cents a diaper.

I let him play with the water bottle again and send the email. I take a break when he cries. I nurse him. Breastmilk is free, sort of.

Breastmilk is free, but it keeps me tied to him; it’s free, but it means I’m always hungry. I don’t have the heart to do the math on which is cheaper: the extra food I eat, or the formula they sell at the drugstore.

It’s in a locked case so that poor people don’t steal it.

It’s locked in a case so that people like me don’t steal it.

When he finally goes down for a nap, I quietly sneak out of the bedroom and go to the kitchen to stare at our cupboards. When the baby wakes up, he will want something for lunch. He loves cucumbers. Cucumbers cost fifty cents each, and if I cut up half a cucumber for him, he will eat half of that.

If he wants something else, he can have off-brand Cheerios. He doesn’t love them, but they were on sale — only two dollars for the big box — and he’s mostly still nursing anyway. And maybe I will have a sandwich.

For dinner we can have tacos. If I start the dry beans right now in the crockpot, they might be ready in time... but they might not.

We have two cans of beans in the cupboard, but they are supposed to be for emergencies. Dry beans cost one dollar and fifty cents, and one bag of beans will make at least three meals — if I remember to freeze the leftovers and use them next week. If I forget, and put them in the fridge until they get stinky, then just one meal.

I am doing this math while I toast bread to make a sandwich. Bread was on sale this week, but it might not be next week. There’s no way we can afford to eat as much bread as we do.

I smile to myself; it doesn’t matter. I vow to remember this moment. I will remember that there are small, bright joys, in the midst of struggle.

Then I close the refrigerator quickly; we can’t afford to waste electricity.

If you like this article, please share it! Your clicks keep us alive!
Tags
poverty
Children
parenting
poor
working class
Capitalism