I'm Not A Bad Parent For Swearing Around My Children 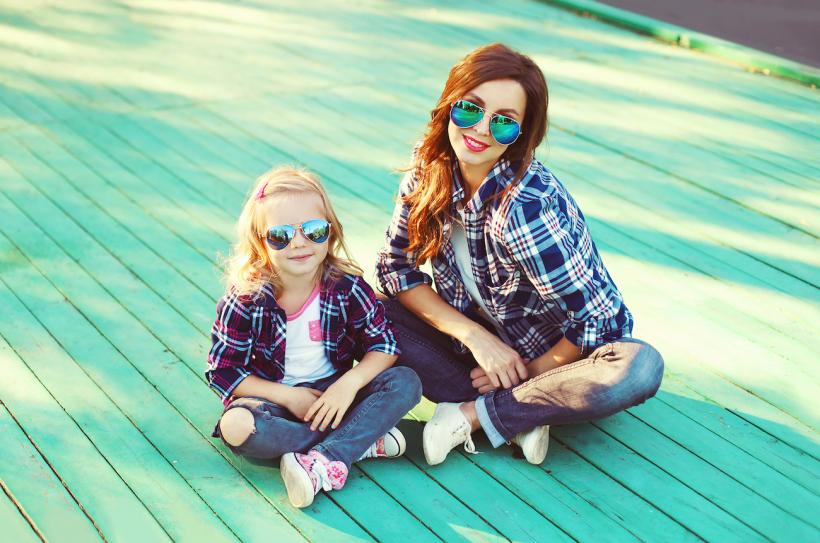 I have two kids and I curse like a sailor. I do not curse at them, but I curse around them. And they know the difference.

I have always cursed a lot.

I grew up on the Upper West Side and attended public school from ages 5 to 18. I learned the word “fuck” at 7 and started actively using it in my everyday vernacular at 9.

In 4th grade, my friend/table mate Max used his #2 pencil to draw on my desk. I looked him dead in the eye and said, “Fuck off!”

So, yeah, I’m an avid user of profanity in the right context.

How did I come to love cursing so much? I don’t fucking know.

Actually, that’s not the case. My dad is from the Bronx. He’s a wonderful, sensitive man, Libra, moon in Cancer. When I was a child, he would do anything and everything to help me out, and that continues to this day.

When I was 8, he accidentally stubbed his toe and proclaimed, “Cocksucker!”

He said he was fine, but from that I gathered that cursing was a way to relieve stress.

So I started to use profanity in that way. On the playground I’d casually ask a classmate what the fuck they were doing when they didn’t obey the rules of freeze tag or use the correct base. (Not cool, OK? Not cool at all.)

Anyway, I continued to love using four-letter words into adulthood. Of course, I learned where and when it was appropriate to use them. For example, I would never use them at work or in a context where I was meeting new people. That’s frowned upon, as we all know. But in the company of close friends, I would let loose and curse away.

There is great power to the word “fuck” when used properly.

Fast forward to age 28, when I was pregnant with my first child.

I started to question my love of profanity.

I don’t want my children to emulate my language usage in quite the same way. I want them to think about their word choices and perhaps employ some creativity when communicating with other people, explore colorful alternatives rather than immediately jumping right to “fuck.” The English language is riddled with lovely words to choose from — try some of those instead.

The other factor that I began to consider quite seriously is that I didn’t want my toddler muttering swear words because generally society looks down upon such things.

It’s taboo, but it makes me appear as if I curse at my children — which is a thing I in no way would ever condone.

After I had my son, I made a conscious effort to try to cut down on the usage of “fuck” and “shit” and I mourned the loss of my dear friends. However, that abstinence was short-lived. One day, my 6-month-old baby accidentally dropped a stainless steel water bottle on me, and it hurt like a motherfucker. Without thinking, I screamed, “FUCK!” as loudly as I physically could and began to cry. I have no regrets; it was extremely cathartic.

Once I broke the seal, there was no going back. If I felt like cursing, I would fucking curse. And I don’t feel guilty about it. It’s part of my vocabulary.

I have two kids and I curse like a sailor. I do not curse at them, but I curse around them. And they know the difference.

I tell them that "fuck" and "shit" are curse words, that they are for grownups to say. I don’t sugarcoat them. But I also do not intend to give up the words that offer me a level of catharsis I can’t seem to locate elsewhere in the English language.

And you know what? I’m fucking okay with that.

Parenting is fucking hard. It’s the hardest thing I’ve ever done and I need to curse to release the stress of managing two kids 24 hours a day. I don’t smoke, drink, or do drugs, so I’m going to say "fuck" a lot. Because I like to.

Cursing is my one vice, so please let me have that. I need something to take the edge off parenting. By the end of the day after clothing, bathing, conversing with, playing with, and feeding two children, I am ready to fall down and die. I need something to help me to cope with the intense amount of pressure to which I am subjected.

According to Psychologist Steven Pinker, cursing is cathartic. When we are sent into fight-or-flight mode, it's because an area in our brains called the amygdala is activated. A profane vocalization can be just the trick to release the nervous energy with which our bodies are tense. Pinker makes an analogy to someone accidentally sitting on a cat: The cat’s reaction is to hiss or yelp in pain, much like a human being exclaims “fuck” when they stub their toe.

I won’t give up on cursing. I love it so — it makes me feel fucking great!

That’s verified by psychologist Timothy Jay, who states that cursing isn’t just about aggression. Far from it, in fact — cursing allows us to express emotions genuinely. Imagine your friend told you she just won $1000 on an instant Lotto ticket. You might respond with:“Fuck yes!” I know I would.

Being a parent does not mean that I have to relinquish my love of profanity.

I have loved it for so long and with such vehement loyalty that I will not give it up. It allows me to release feelings of frustration, anger, and even joy.

If anybody goes so far as to shame me for cursing too much, I say this to them: Fuck that shit.