Sexist Screen Representations Of Women Start In The Script

He is a person with an affliction. She simply is her sexualised body.

The issue of poor female representation in movies has been examined from many angles, from the lack of women in positions in power to investors wary of female-led films. But do the problems start before the cameras begin to roll?

This issue recently came to the fore with the Twitter feed @FemScriptIntros, where American film producer Ross Putman tweets the first description of female characters in unproduced scripts he reads, anonymised with the character name JANE.

It received a bunch of media attention last week. This Twitter feed effectively demonstrates a pattern: 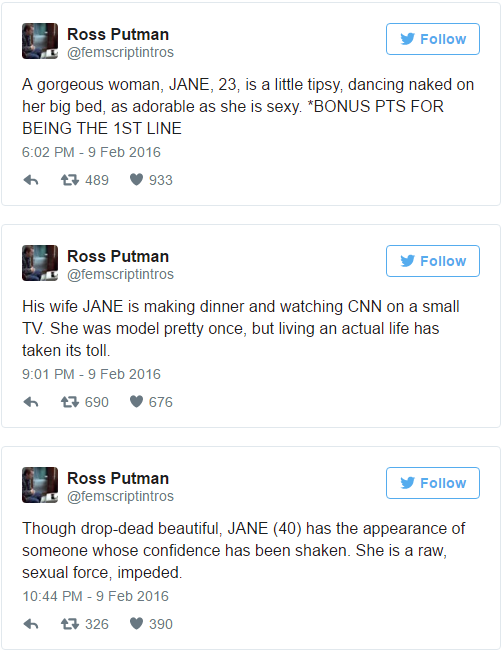 Given that casting calls are usually copied from scripts, these flimsy characters have a real impact on the development of the show.

Let’s take a closer look by comparing how female and male characters are described, and by exploring the implications this has for screen production.

In the pilot episode of The West Wing by Aaron Sorkin, Leo Jacobi is introduced as “55 and professorial” and on the following page CJ Cregg, played by Allison Janney, is described as “38, compact and athletic".

In the ensuing pages, Donnatella Moss is introduced as:

25 and sexy without trying too hard, DONNA is devoted to Josh.

Her boss Josh, on the other hand, is,

A youthful 38, JOSH is Deputy Chief of Staff and a highly regarded brain.

It is clear that women in The West Wing are valued for their physicality and service to men, but men are respected for their intellect.

For many female characters, they are introduced only as an appurtenance to a male character. In Donald Margulies’ The End of the Tour, male lead David Lipsky is described as:

The female lead is described simply as:

In Legend (2015), the story of London mobster brothers written by Brian Helgeland, Reggie and Ronnie Kray are introduced on the first page with both character description and voice over narration explicitly describing them for the audience. 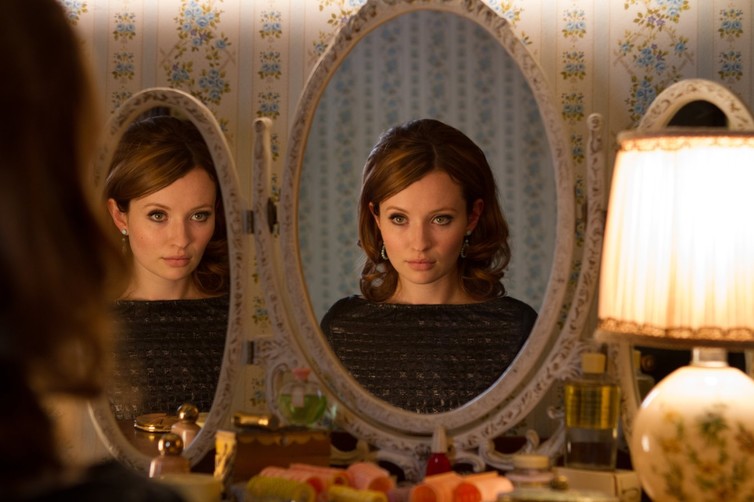 By contrast, when the principal woman is introduced in this screenplay, she is described only as “the future Mrs Kray.” Apparently there is nothing to her, but who she will later marry.

Sometimes, the female characters are barely given any description at all. Shasta Fay Hepworth speaks on screen for the first five minutes of Inherent Vice (2014), by Paul Thomas Anderson, but the only description of her is a vague age: “20s”.

Similarly, Nancy appears on about 20 pages of the script for Foxcatcher (2014) by E Max Frye and Dan Futterman, but she is never given a character description at all.

It is hard to know what to make of the lack of description given many female characters: on one hand, it means the role is open to interpretation; on the other hand, it leaves a concerning whiff that all women might be generic or interchangeable, entirely defined by their gender.

So far I have concentrated on descriptions of named characters, as the nameless are considered very minor parts and may be cast by extras. Nevertheless, it is worth noting that minor male characters are more likely to have names than equally minor female characters.

In the opening pages of Kill the Messenger (2014) by Peter Landesman, a pair of minor characters is introduced: one is named and described,

RONNY QUAIL, 40, nose collapsed from a lifetime of blow

Whereas the other’s description becomes nominalized:

He is a person with an affliction. She simply is her sexualised body. (Her character name in the Kill the Messenger IMDB page is “Quail’s Girlfriend”.)

It’s worth pointing out here that playing the role of a named character commands a higher level of pay than playing an unnamed extra. 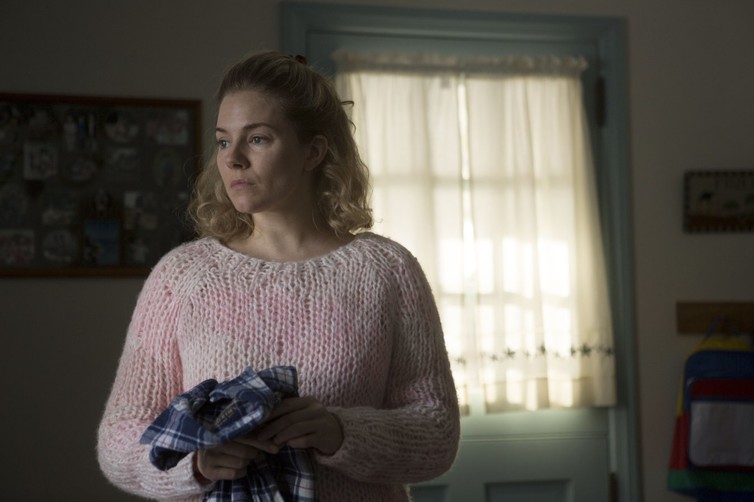 Major characters in a screenplay are more than just a pithy introduction: they are created through an accumulation of description, action and dialogue over dozens of pages.

Character descriptions are often simply lifted from scripts and posted as casting calls. Accordingly, female performers may be cast simply because they fit a certain physical description. Of course, they may put in considerable work to build a character without direction from the page, but this contributes to the difficulty actresses report in finding good roles.

Lengthy descriptions in a script also translate to a lingering camera, so when men are described in more detail, they will also spend more time on screen.

The screenplays chosen here have all been successfully produced and lauded with nominations or awards. These are supposedly the best that Hollywood has to offer, so should provide good examples of how to write women. But they do not.

More importantly, this issue is broader than any single screenplay. Women are systematically marginalised on screen and these character descriptions are only one indicator of that.

Ultimately, how women are described in screenplays matters, because screen representations contribute to the normalisation of sexist gender roles in our society.

If you like this article, please share it! Your clicks keep us alive!
Tags
gender
sexism
TV
film
script writing