My Birth Stories: The Blooper Reel 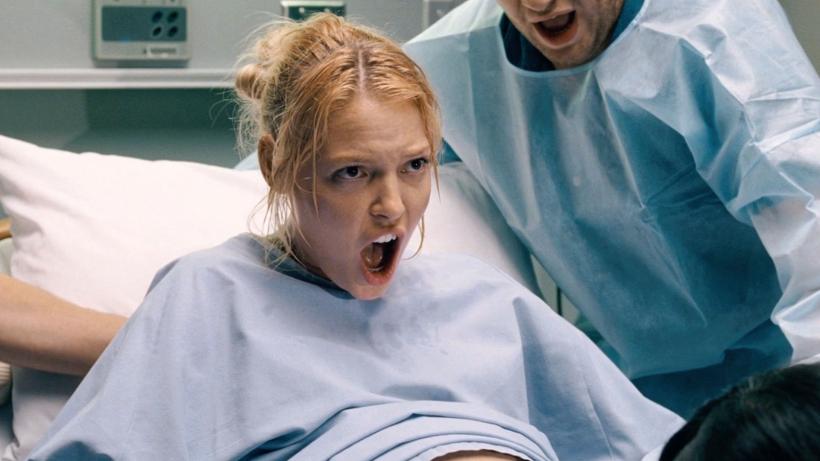 Nothing could have prepared me for either of my births.

I’m thrilled that our society has given moms a platform for sharing what their birth experiences were really like. It is now commonly shared that we poop on the table, rip our vaginas, and scream bloody murder (well, some of us) during delivery. But nothing could have prepared me for either of my births.

My first child, my daughter, took FOREVER to come out. Twenty-nine hours is by far not the longest labor, but it was LONG for me. My birth plan was thrown out the window about halfway through because I’m a total pansy about pain. Do birth plans ever work, anyway?

So down to the last hour, and I triumphantly managed to squeeze out her small little 6 lb body. Surprisingly little fanfare ensued, and she was wiped quickly and placed on my chest for our first skin to skin bonding. She was lovely, quite scrunchy, but lovely.

What I was not prepared for was this. When it was time to give birth to the placenta, gross thing really, it just kind of flops out and they drop it into a bucket. Splat.

And there was the fanfare! My incredibly skilled doctor pulled up the placenta and examined it. He exclaimed that it was a “beautiful specimen” and encouraged my husband to take a video of it. Yes, you read that right. Don’t worry about filming your newborn baby, let’s get some footage of that bloody liver looking thing.

Captured forever on film, my daughter’s birth is overshadowed by a glowing inspection of my placenta, which was to be thrown out directly after.

Talk about bonus material. Maybe better classified as an outtake or blooper reel.

We laughed about it for quite some time and even brought it up occasionally at cocktail parties for the shock effect. It had plenty. No wonder my doctor asked me what “his” name was when I brought my daughter in for my postpartum checkup, he’d been too focused on my placenta to notice he’d delivered a girl!

This memory faded away while extremely sick with my second full term pregnancy. And I didn’t even bother with the birth plan this time, except “Give me an epidural as soon as possible!” I also didn’t bother with the early labor enema that I did with my daughter. I guess I had no shame left.

Little man, just under 7 lbs, was out in 10 hours. He, of course, picked the one weekend that my doctor was off, so I was paired with a brand new doctor I’d never met before. The very end got a little tricky when his head emerged, and everyone gathered around my spread legs with concern. The doctor started speaking in medical terms while she did some quick work down there. I’m all up at the top, helpless, going “Hey, hello people, what’s going on down there?”

Come to find out she was unwrapping the umbilical cord from around his neck, one time, two times, three times. My poor son was gray, but with the doctor’s quick work he was just fine. A quick check on him to make sure he was okay and they passed him to me. And then everyone in the room turned to inspect… the umbilical cord.

“Wow, what a long umbilical cord!”

“Longest one I’ve ever heard of what 42 inches, how long is this one?”

“36 inches, no wonder it was wrapped around his neck three times!”

I was reeling with fear and relief, shocked by how the birth process could turn so precarious after a healthy pregnancy. And here everyone was, thoroughly engrossed with another medical novelty produced by my womb.

And it wasn’t the baby.

If you like this article, please share it! Your clicks keep us alive!
Tags
birth story
bloopers
birth
pregnancy
childbirth
parenting

Warning To New Parents: You May Not Like Every Phase
Sara Mann

What Kind Of Mother Am I?
Sara Mann

Can Alcohol Make You A Better Mom?
Sara Mann