I Confronted The Guy Who Ghosted Me. Here's What Happened 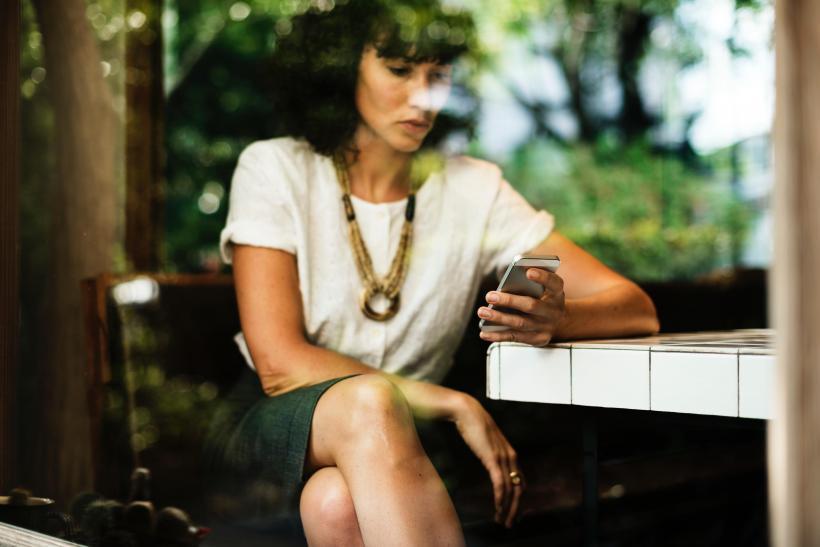 Photo by rawpixel on Unsplash

A year ago I’d never even heard of being ghosted, let alone had it happen to me.

Gimme a break, I’ve not been single for long, I’m new to how all the online dating stuff works. I never knew there were so many words for crap stuff that happens to you when trying to find love: ghosting, breadcrumbing, zombieing, love bombing… I need a fucking Oxford dictionary of shitty romance just to be able to translate it all.

But earlier this year, for the first time in my life, I was ghosted by a man. For the uninitiated, ghosting is what happens when someone you’ve been talking to suddenly disappears… no replies to texts, no calls, no explanation. Just the sound of silence echoing into forever. My ghosting happened post-date. Post-date, which I might add that up until the moment of said ghost moment, I had thought went very well.

We’d shared a drink, we’d gone for a walk, we’d talked movies, he’d brushed my hair back from my face just so he could “see me better”. He walked me back to my car and I’d asked if we could do this again sometime. He smiled, said “Absolutely!” and we’d shared a lingering hug and parted.

The next morning, he called. Yes the next morning! Unfortunately I’d slept in so I was in the middle of a mad dash getting ready for work so it went to voicemail. He left a message saying thank you for a lovely date. Well that was a good sign! I sent him a text echoing the sentiment and apologising for not answering. We texted back and forth that morning, referencing things that’d happened on our date and having a laugh.

And then it just… stopped. I tried a couple of times to initiate a new conversation but it felt like the life had been sucked out of whatever it was we might have had. After a few lacklustre texts, I left it. I didn’t want to double text; if he wanted me he’d call.

Why didn’t he call?

I asked friend after friend and all of them were baffled. The date sounded really positive, they said. Walking me to my car? Great sign! The fact that he called at 8am to tell me what a great time he had? That never happens! And. Yet. He. Never. Replied. To. My. Text.

I sort of started seeing someone else after it happened but I still couldn’t forget being ghosted out of nowhere. So, after months of asking myself WTF happened, I knew what I had to do. I had to confront him. “Why do people not already do this?” I thought. “Why do people just accept being ignored? Fuck that!” It was decided. I would not go quietly into the night.

So I poured myself a (large) glass of red, and opened a blank text message… and then promptly chickened out.

When I finally plucked up the courage, I typed my confrontation. “Hey! Hope you’re well,” I wrote (yeah, look, it’s not a very angry confrontation, I’m bold but not that bold). “So obviously it’s been a while since we chatted. And I guess I’d been doing some thinking… I thought our date went pretty well and I wanted to ask you why it petered out. Call it professional curiosity.” And then I put a smiley face because, you know, tone.

Seconds later my phone pinged. “It did go well. I liked you x”

“Oh. Then why didn’t you reply to me? Your texts got short and then I sent the last one and never heard from you so I thought you weren’t interested.”

My phone pinged again. “I was keen,” he replied. “I just felt I was physically attracted to you and you weren’t.”

My fingers flew across the keypad in reply. “Haha, well surely that’s something you should check with the other person! After all, I’m the one who said ‘let’s do this again sometime’.”

“Just the way you hugged me,” he said. “I wanted to kiss you… My insecurities I guess. Sorry x”

So. The guy that ghosted me hadn’t ghosted me? He’d just over-thought it? What the hell?

“Well. That’s interesting. I was the tiniest bit hesitant,” I admitted. “Not because of you but because of me! But I definitely wanted to see you again.”

The little dot dot dot indicating he was typing flashed on my screen for a while. Then: “God I just wanted to kiss you.”

Oh. Well that was not the answer I was expecting. I expected “I didn’t feel a spark” or “I wasn’t attracted to you” or “fuck off”. Not this. Not a virtual invitation to pick things up again, should I be interested.

Aaaaaaaand I’ve just gone on a couple of dates with someone else. Shiiiiiiiit. How do I keep getting into these messes?

His next text flashed on my screen. “Lovely to hear from you. Really made me smile. I am glad I made a nice impression.”

“You did make an impression,” I said. “And I wondered why you never followed me up on it when I thought it went well.”

I held my breath waiting for the next bit. “I’m sorry,” he said. “I felt friend-zoned with the hug haha. I wanted more.”

“Next time, when a woman tells you she wants to see you again, maybe believe her. Also it was a first date, or rather a first meeting because we didn’t know each other. Not everyone goes in for a kiss after just meeting!”

“I realise that now.” he said.

I thought about my next words carefully. “Ha, well I guess this is a lesson for me too. Don’t assume someone isn’t into you if they don’t reply. Ask the question.”

The familiar dot dot dot reappears and then: “Definitely.”

Long story long, I confronted the guy who ghosted me only to find out that he didn’t really ghost me, I just thought he ghosted me because I didn’t follow him up and he didn’t text me because he thought I wasn’t interested, a fact that I confirmed by not following him up.

And now he’s telling me how much he wants to kiss me, and I have a date with someone else tomorrow night.

If you like this article, please share it! Your clicks keep us alive!
Tags
ghosted
ghosting
dating
online dating