When He's Ready For Kids & Marriage And You're Not 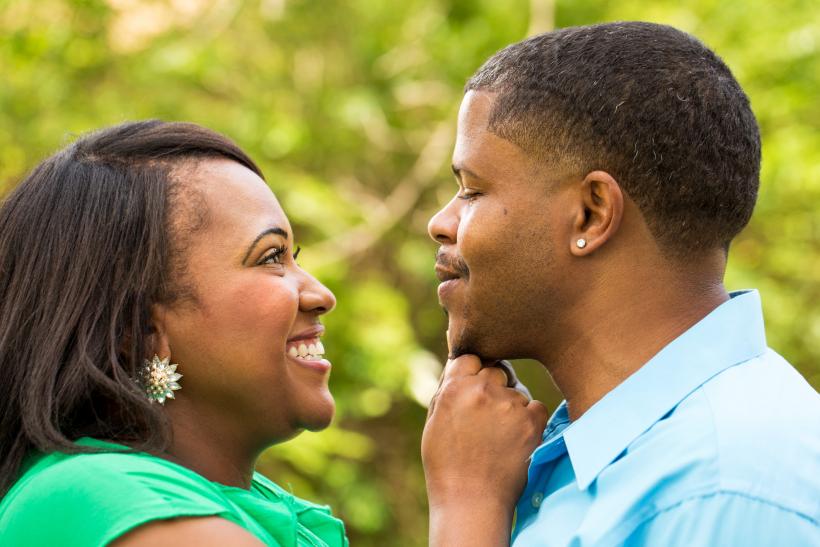 I turned 33 last month, and my biological clock is officially tick-tocking. Not only do I feel pressure from my mom, but family, friends, and lover — even complete strangers have also started inquiring about when I’m going to become a mother. It’s almost like they’re asking, “When are you going to become a WHOLE woman?” Because a woman’s life lacks meaning without children, right?

I was raised by a single mother and am the oldest and only daughter — which adds even more flame to the fire. As a child, I led a pretty unstable life. My mom is a recovering addict, and I often moved before becoming homeless and living in a foster home for a year. So at a very young age, I promised myself that I wouldn’t have children until I was emotionally and financially stable.

As little girls, we’re taught that our identities rest on being caregivers and nurturers. We’re given baby dolls with birth certificates that sleep and cry. Toddler-sized kitchens and easy bake ovens all to reaffirm that a woman's place is at home with the family.

I’ve been a caregiver for the majority of my life. I have a large family, and as one of the oldest cousins, I was often responsible for babysitting. My first job was at the local KidCare. I started working there on the weekends when I was 13 and continued through high school. I was also a nanny for ten years, so I know that I want to be a mother and will be a great one when the time is right.

In the last three years, I’ve traveled to nearly 20 different countries, become a travel journalist, influencer, and speaker. I plan on slowing down in the future, but not yet.

Like me, more Americans are having children later in life — if at all. While men are praised for prioritizing work, women are fed the lie that marriage and children are the only things that make us worthy.

We’re constantly told that being a mother is the most important job any woman can have, and that’s just not true.

The magic of modern medicine makes it possible for women to give birth into their 50s. But according to the American Pregnancy Association, after age 35, pregnancy is more difficult because of less frequent ovulation. Also, women 35-45 have a 20-35% chance of miscarriage, compared to women under 35 that average a 15-20% chance of miscarriage. I’m not gonna lie — my ovaries ache every time I see a cute kid. Still, I feel immensely grateful for birth control whenever I’m on a plane with a screaming baby.

Now, I'm dating an African guy, and we're both in our thirties. He's a few years older than me, and when we're together, he often talks about getting married and having kids — leaving me to explain how I'm not ready to start a family.

I refuse to make major life decisions based on what someone else wants for or from me. I refuse to allow my reproductive choices to be made by others, including the law. It can be a difficult conversation to have with a partner but vital to the health of the relationship. I wouldn’t ask my partner to wait for me if they were truly ready to take that next step and start a family. I also couldn’t seriously date someone who didn’t want to have kids. Relationships are about compromise, but marriage and a family shouldn’t be the things you compromise on. All that does is help build resentment and anger.

Society has latched on to the narrative that childfree women are selfish when in actuality, some people are just more selfish than others. It has absolutely nothing to do with birthing a baby. There’s also the fallacy that childfree women dislike kids. The reality is, sometimes parents don’t even like their own kids! Not everyone likes kids.

Women are magical creatures, whether they are child free or the head of a household. We don’t need permission to live life on our own terms — even if that means not living up to the expectations of others.

I don’t plan on having children anytime soon, and I’ve made that crystal clear to my boo. For now, he accepts and respects it but still brings it up every once in a while in a jokingly way. I know that his sense of urgency is more intense than mine — he knows to be with me he has to chill with the baby talk. I’ll get there in my own time, and if he’s still by my side, we’ll create a beautiful family together.​

If you like this article, please share it! Your clicks keep us alive!
Tags
Children
childless
marrriage
Relationships