How "Girls" Depicts Addiction Is Problematic 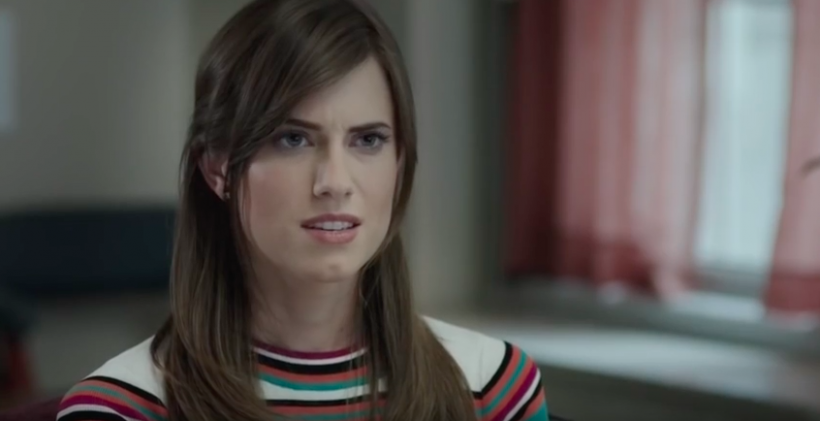 Marnie is not responsible for Desi’s choices or his addiction just like no one is real life causes anyone else to be an addict. (Image: YouTube/ HBO)

In this, the sixth and final season of Girls, we learn Marnie’s quasi-estranged husband Desi, with whom she shares a volatile personal and professional relationship, is an addict. In fact, he had been taking up to 20 pills a day of OxyContin, a potent opioid comprised of the same make-up of heroin.

While Girls has portrayed important social issues before in a sensitive manner, like Adam’s sister’s arc about postpartum depression, the show completely missed the mark with how it depicted Marnie’s role in Desi’s addiction.

Desi blames Marnie for his addiction. Instead of refuting or even questioning this, Marnie, Hannah, and the rest of the characters in their orbit accept his assertion. In fact, Desi’s therapist seems to agree with the idea that Marnie’s narcissism and obliviousness to those around her not just contributed to Desi’s addiction, but caused it. This idea isn’t just wrong; it’s dangerous.

No one is responsible for an addict’s addiction except for that addict. Do genetic pre-dispositions, mental health issues, and situational problems contribute to addiction? Of course. Addiction doesn’t happen in a vacuum, and it isn’t solely the fault of the addict.

However, it is never the fault of another person. No one, regardless of how rude, mean, self-centered, or even abusive they are, causes anyone else to mask their feelings with drugs or alcohol.

I know this because I am an addict — and the only one culpable for my addiction is me.

After the birth of my first child, I developed crippling postpartum depression and anxiety. Part of my illness was due to sleep deprivation. During the night, my son would wake up every 45 minutes; he would wake up for the day at 4:00 am. For several months, my husband and I argued about how to approach our son’s sleeping difficulties, fighting intensely every day.

During the same period, like millions of Americans, I was prescribed Percocet for a pain problem. In addition to alleviating my pain, the Percocet lessened my anxiety. It lifted my mood. I was suddenly able to function. Within weeks, I was taking Percocet daily, regardless of whether I was actually in pain. Soon, I began taking and subsequently abusing Ativan, as well.

Although our marriage was in a rough spot when my addiction started, I never blamed my husband for my addiction. He didn’t take the pills — I did. I made the decision to visit multiple doctors to obtain as many prescriptions as I could. I made the decision to betray my friends and family by stealing pills from them. I could have and should have developed better coping mechanisms to deal with our fights; he’s not responsible for the poor choices I made.

Marnie’s also not at fault for failing to recognize she was in a relationship with an addict. Jen Chaney wrote Marnie an open letter, chiding her for being so self-centered that “your ex-husband was addicted to oxycontin for months and yet you somehow did not notice.”

In the show, Hannah, and even Desi, marvel that Marnie didn’t recognize Desi’s problem. Marnie's mother blames her, saying “You should really know what a high person looks like by now,” when Desi arrives in a drug-induced stupor at a gig. It’s immediately apparent to the viewer that Desi is high, but it’s not Marnie’s first thought. Instead, she asks him if he’s sleeping enough.

Granted, I wasn’t taking OxyContin, which has been referred to as Hillbilly Heroin, but on any given day, I took a combination of Percocet, Vicodin, Morphine, Tylenol with Codeine, Xanax, Klonopin, and Ativan. And no one, not my best friends, parents, or even husband, knew that I was an addict. That’s because I kept my problem a secret, just like Desi did. And, like many addicts, after a while, functioning with an addiction became my new normal.

Girls perpetuates the fallacy that addicts are addicts because of other people.

Can addicts turn to drugs because of outside influences? Of course. Self-medicating is one way to deal with very real problems. But if it’s someone else’s fault that you’re an addict, it absolves you of responsibility: they become the one who is culpable for your sobriety. Again, I’m not saying that addiction is a conscious choice — no one plans on becoming an addict.

Regardless of whether she’s a true narcissist or just a selfish, self-centered millennial, Marnie is not responsible for Desi’s choices or his addiction just like no one is real life causes anyone else to be an addict.

If you like this article, please share it! Your clicks keep us alive!
Tags
HBO girls
girls
addiction
enabling
Al-Anon
alcoholism