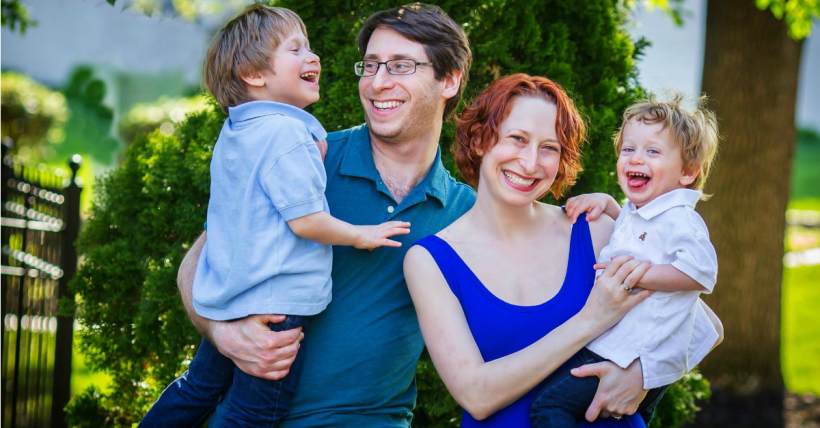 It’s easy to dismiss addiction as someone else’s problem, especially when you don’t look like an addict. Image: Jen Simon.

Addiction thrives on secrecy. Once it’s exposed, it no longer has power.

How would you feel if the whole world knew your biggest secret? Your friends? Your parents’ friends? The parents of your children’s friends? Your neighbors, high school teachers, boss, babysitter, favorite barista — anyone you’ve ever met or ever will?

I shared my biggest secret with a national paper and it’s gone viral — there’s no hiding now. I admitted to being an opioid addict in The Washington Post. I never thought I would tell my parents about my addiction, let alone the entire world, but after a year of working on my sobriety, I felt like it was the right thing to do.

In the past year, I’ve had a lot of time to think about how my addiction hurt my family, friends, and myself. I lied. I stole. I hid behind my image as a stay-at-home mom. I’m not an addict! I’m just a regular person!

I used pills because I thought they made me a better person, a better mother, but I was wrong.

I’m sharing my secret for two reasons: The first, to aid in my own recovery. Addiction thrives on secrecy. Once it’s exposed, it no longer has power. I am taking back my power. I’m taking back my life. And I’m doing that by “coming out” as an addict. I have no place to hide. I am making myself accountable for my mistakes and actions. I also want to help other people who are either struggling with addiction or know someone who is.

My face is now the definition of a mother who is an addict.

Unfortunately, addiction is pervasive — it affects people from all aspects of life. Addiction doesn’t discriminate against race, religion, age, sexuality, gender, or class — anyone can be an addict. Now, other women, moms in particular, know they’re not alone. They know someone in their situation has gotten help and they can, too. In fact, I’ve already received more than a dozen emails, tweets, and Facebook messages from women thanking me for sharing my story because it’s so similar to theirs.

My biggest concern about “coming out” as an addict was how it would affect my children.

I’ve already hurt them enough by putting them through the reality of my addiction, I didn’t want to make it worse by exposing what I was and what I had done to the world. I was and, to be honest, still am afraid that some parents won’t want their children to come over for playdates because they don’t trust me to care for them.

In my initial essay in The Washington Post, I was granted a small amount of anonymity. Although it was my name in the byline, no pictures of me or my children were used to illustrate the essay. It was still possible to hide a bit. But the next day, when Us Weekly ran their story, they used several of my photos (with permission).

My face is now the definition of a mother who is an addict.

(I’m not exaggerating — if you Google “mom addiction,” the first link in the news article is to my Washington Post piece and the third link in the search is to the Us Weekly piece.)

Most of us keep secrets for a reason — we’re scared. But breaking your silence is a powerful thing.

Last night at my son’s baseball game, another mom approached me.

“Are you Jen,” she asked sheepishly, hedging a little in case she was wrong.

“Your article,” she said, “It was great. Just phenomenal. Thanks so much for sharing.” She gave me a thumbs up and went back to tending to her son.

Perhaps the strangest part about revealing myself so totally is that I don’t know who knows.

Does my third grade boyfriend? (Yes, because he “liked” it when I posted it on Facebook.) What about the woman who carpools with my mother-in-law? If I’m at a restaurant, I won’t know if the server is looking at me strangely because I have spinach in my teeth or because she knows.

When my son’s teacher motioned to me that she wanted to talk at pick-up, I assumed it was about my essay. I was wrong, she wanted to tell me that my son had a great day.

By definition, a secret is something you keep private. And most of us keep secrets for a reason — we’re scared. But breaking your silence is a powerful thing.

My secrets don’t have any power over me anymore. I feel lighter, better. It seems like a cliché, but I feel freer.

It’s easy to dismiss addiction as someone else’s problem, especially when you don’t look like an addict. But sharing my name and my story is where the power lies. My story could be anyone’s story. If it’s yours, please get help. Things can get better. They will get better.

If just one person seeks help because of my essay, it will have been worth it.

“What It’s Like to Expose Your Biggest Secret to the World — and Watch It Go Viral” by Jen Simon originally appeared on Babble.com and was reprinted with permission.