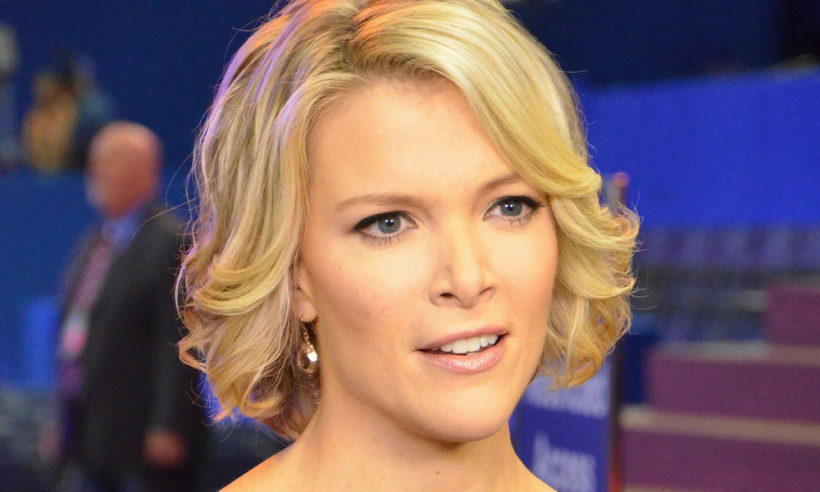 In a recent segment of her talk show, Megyn Kelly and her guest, the plenty of excuses having “No Excuses Mom” Maria Kang, bragged about how having their loved ones fat shame them has been part of their fitness and nutrition routines.

The first problem here is that, despite her history of abject racism and a willingness to give airtime to the kind of dangerous conspiracy theorists that would make Fox News (her former employer) proud, Megan Kelly still has a show on national television. The second problem is that Kelly managed to extend Maria Kang’s 15 minutes of fame, which she got by exploiting fatphobia.

But the main problem here is that two thin women sitting around talking about the positive benefits of fat shaming is the ultimate “Privilege? You’re soaking in it.” moment. Discussing Maria Kang’s history of fat shaming, Kelly told her she should “parlay the shaming thing into a professional business.” Kelly exclaimed “When I was in law school, I was gaining weight, I said to my stepfather, ‘If you see me going into that kitchen one more time, you say, ‘Where you going, fat ass?’ And it works!”

Kang chimed in “My husband does that to me all the time. I tell him my goals, and if it's early in the morning and he sees me still in bed, he's like 'what are you doing in here.'” He also hides potato chips from her.

Maria Kang and Megyn Kelly are, sadly, allowed to ask people to fat shame them.

But the choice of two women to talk about fat shaming as a good thing is beyond obtuse, considering that actual fat people have shared how harmful fat shaming is. Comments don't happen in a vacuum, so even if they didn’t explicitly suggest that everyone should be fat shamed, they both claimed enthusiastically that it “works.” In a fatphobic world (which is where we all live), promoting fatphobia as a way to get/stay thin (it’s not), going so far as to suggest that someone should SELL fat-shaming as a business, is an endorsement of fat shaming.

This isn’t new. Shows like The Biggest Loser and quacks like Dr. Oz have suggested that fat people are just a little bit of physical and emotional abuse away from being thin. There’s no evidence of that (in fact, the evidence shows the opposite) but people keep paying to hear it, so these charlatans continue to spew it.

The next day brought a back-peddling, face-saving Megyn Kelly with a seriously questionable apology. In a monologue during which she repeatedly insisted that she is against fat shaming, she started off with a (dubious) statistic about the number of fat people who exist. Pro tip, if you want to avoid shaming people, you don’t talk about how many there are and act like it’s a bad thing. She then took to telling her audience about fat people and how “they need support, they need kindness…” Just…ugh. Fat people don’t need Megyn Kelly’s swing-and-a-miss attempt at advocacy.

They need a world that affirms people of all sizes.

Next, Megyn throws her family under the bus, during which she manages to pathologize fat bodies, endorse stomach amputation, try to equate the dangers of starvation and diet pills with just being fat, and then claim that “[I] still cringe when I hear a person attacked for his or her weight.” A preponderance of the evidence to the contrary there, Megyn.

The only time fat-shaming might be okay is if someone requests it. But even then we don’t have to participate. We could say “I’m not willing to participate in an activity that hurts so many people and may end up hurting you.” Refusing to participate in fat-shaming, while something we should undoubtedly commit to, is only a stopgap solution. What we must do is create a world where being fat is not seen, by anyone, as shameful.

If you like this article, please share it! Your clicks keep us alive!
Tags
fat shaming
fatphobia
Megyn Kelly
Maria Kang